If you want to see a great religious ceremony, travel to Iran during Muharram!

Muharram month in Iran: since very ancient times, Iranians have also had special occasions to gather and revive traditions. At times, people gather together to commemorate and honor a national event, a person, religious event ant, etc. These gatherings are not necessarily happy.
Here is a categorization of the gatherings in Iran:
1.  Ancient, Mythical and seasonal feasts;
2.  Religious feasts;
3.  National and Governmental feasts;
4.  Family feats; and,
5.  Regional feasts.
As an Islamic country, Muharram is considered one of the most sacred months in Iran and also among the other Muslims worldwide. Muharram is the most important Shi’a mourning.
The annual rituals start on the first day of Muharram, the first month of the Islamic calendar, and reach their peak on the ninth and tenth day, known as Tasu’a and Ashura. On these two days all government offices, universities, sporting arena, Bazaars, museums are closed.
Tasu’a and Ashura are religious observances for Muslims all over the world. The day is of particular significance to the Iranian Shi’a Muslims. It is a time for sorrow and respect for Imam Hussein, and it is also a time for self-reflection when one commits oneself to the mourning of their third Imam completely. The reason why visiting Iran during Ashura and Muharram can be a truly extraordinary experience is because of significant events that are held during these days. 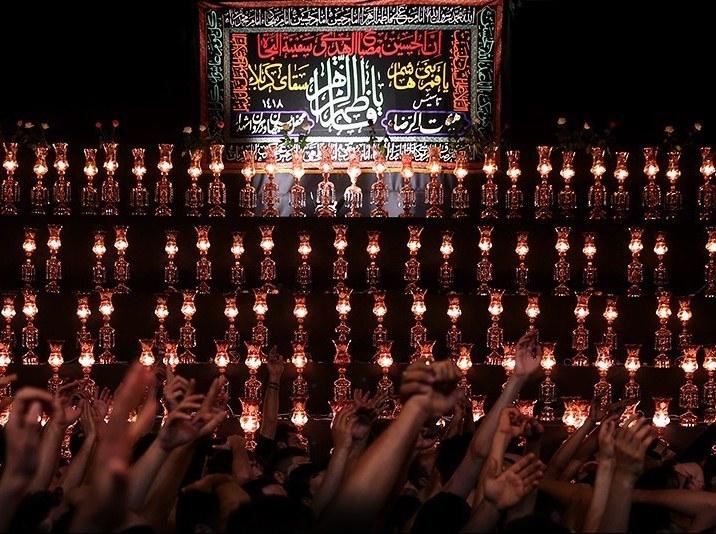 There are various traditions these days such as Ta’ziyeh, a kind of street theater and a Persian passion play in a costume inspired by historical and religious events that happened in Karbala battle about 1400 years ago which is the reenactment of the martyrdom of Imam Hussein’s family. As a national and religious dramatic musical performance, Ta’zieh recounts religious events, historical and mythical stories, and folk tales through poetry, recitation, music, song, and motion. 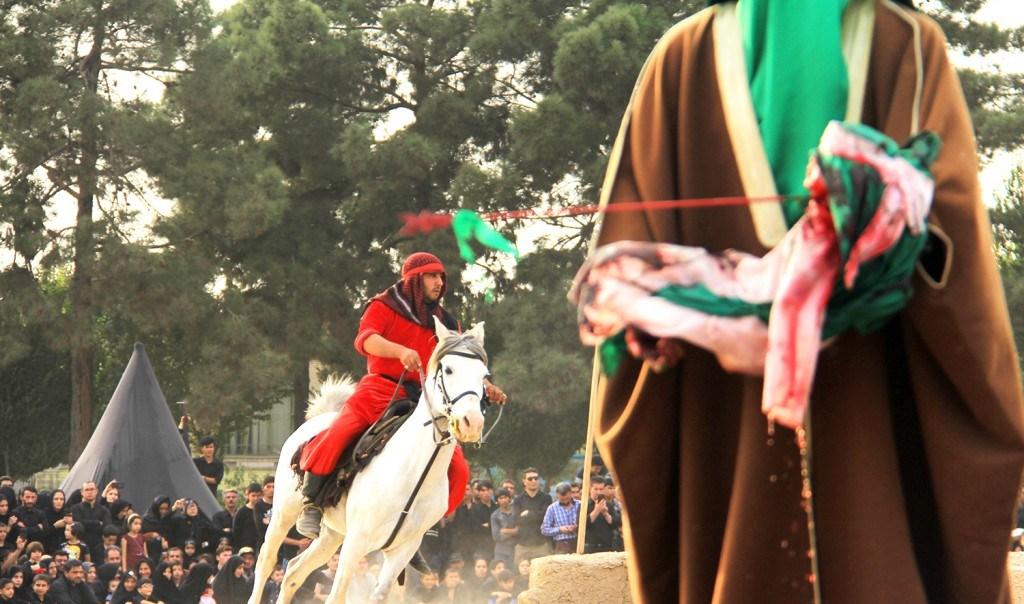 Carrying a majestic wooden Nakhl – a symbol of Imam Hussein’s coffin – on the shoulders of mourners.

They also hold mourning ceremonies at mosques and distribute votive food among the people, especially the impoverished. 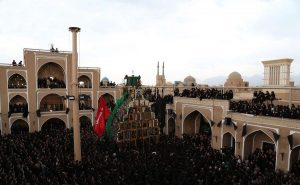 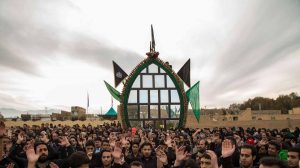 Commemoration of Ashura, in essence, is not a festival, but rather a sad event. Many of the male participants in the procession congregate together in public for ceremonial chest beating as a display of their devotion to Imam Hussein and in remembrance of his suffering.
At the end of every Ashura, it is customary for some people to donate free meals, food, and drink to all people.
Forty days after the day of Ashura, there is another religious observation known here as Arbaeen. Arbaeen which means forty in Arabic falls on the 20th day of the Muslim month of Safar. It marks an important turning point in the movement of Karbala. The day is no less important to the day of Ashura.
During the forty days from Ashura to Arbaeen, usually, the people refrain from any kind of entertainment such as music and singing in public which is considered impolite. It is supposed to be a period of intense grief and mourning.
Nowadays, due to Covid-19, you can see people gather less but they mourn for Imam Hossein in their home and all the people around the world knows that Iranian people respect Imam Hossein and these specials days and month.
TOP PLACES IN IRAN TO WATCH THE ASHURA PROCESSION
Tehran
Tehran grand bazaar, Hoseynieh sarollah (Tajrish square),
Yazd
Amir Chakhmaq Complex
Zanjan
Enqelab Square, Hosseynie Azam
Iran easing entry rules
Dress code in Iran