The Saint Stepanos Monastery, 15 km northwest of Jolfa city, East Azerbaijan Province, northwest of Iran, is an Armenian monastery, situated in a deep canyon along the Aras River on the Iranian side of the border between the Nakhchivan Autonomous Republic and Iran. It was built in the 9th century and rebuilt in the Safavid era due to numerous earthquakes that had severely damaged the building. The well-preserved St. Stepanos Monastery, a UNESCO World Heritage Site is one of the magnificent churches that was built between the 10th and 12th centuries. Founded by St. Bartholomew, the building was partly destroyed during the wars between the Seljuk and the Byzantine Empire in the 11th and 12th centuries. Since 1974 the monastery has undergone several restorations. The height of its cultural and intellectual influence was in the 14th and 15th centuries. 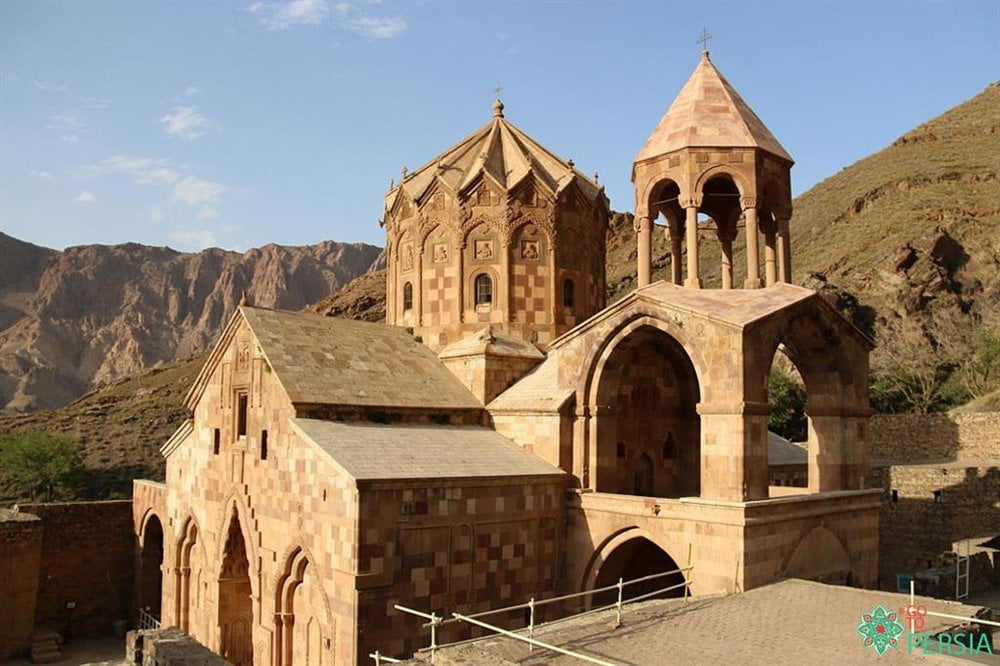 This remarkable structure is known for its beautiful exterior design. The carved stones on the outer walls are examples of fine art. The general structure mostly resembles Armenian and Georgian architecture and inside the building is covered with beautiful paintings by Honatanian, a renowned Armenian artist. The cylindrical building with its cone-shaped dome is surrounded by a fortress with seven towers; it has a bell tower and a courtyard as well. The unique landscape surrounding the church has given it great potential to attract a lot of visitors to the site. It is said that the bones of Saint Stephen, Saint Matthew, and Prophet Daniel, as well as the bones of one of the successors of the Apostles of Jesus,  are being kept in this church. 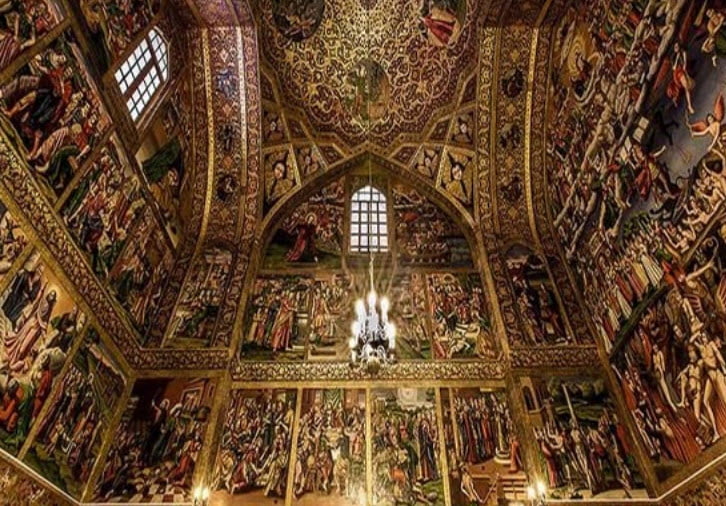 The main Armenian communities are in Isfahan, Tabriz, and Tehran as well as a few scattered villages. The Iranian churches St. Stepanos, St. Thaddeus and Dzordzor (Zorzor) in East and West Azerbaijan are registered on the UNESCO World Heritage List. The UNESCO website described the monuments as “examples of the outstanding universal value of Armenian architecture and decorative traditions as they bear testimony to very important interchanges with the other regional cultures, in particular, the Byzantine, Orthodox, and Persian.”