Shiraz is most likely more than 4,000 years old. The name Shiraz is mentioned in cuneiform inscriptions from around 2000 BC found in the southwestern corner of the city.[12] According to some Iranian mythological traditions, it was originally erected by Tahmuras Diveband and afterward fell to ruin.

In the Achaemenian era, Shiraz was on the way from Susa to Persepolis and Pasargadae. In Ferdowsi’s Shāhnāma it has been said that Artabanus V, the Parthian Emperor of Iran, expanded his control over Shiraz. Ghasre Abu-Nasr (meaning “the palace of Abu-Nasr”) which is originally from the Parthian era is situated in this area. During the Sassanid era, Shiraz was in between the way which was connecting Bishapur and Gur to Istakhr. Shiraz was an important regional center under the Sassanians.

The city became a provincial capital in 693 after Arab invaders conquered Istakhr, the nearby Sassanian capital. As Istakhr fell into decline, Shiraz grew in importance under the Arabs and several local dynasties.[13] The Buwayhid empire (945–1055) made it their capital, building mosques, palaces, a library, and an extended city wall. It was also ruled by the Seljuks and the Khwarezmians before the Mongol conquest.

The city was spared destruction by the invading Mongols when its local ruler offered tributes and submission to Genghis Khan. Shiraz was again spared by Tamerlane, when in 1382 the local monarch, Shah Shoja agreed to submit to the invader.[13] In the 13th century, Shiraz became a leading center of the arts and letters, thanks to the encouragement of its ruler and the presence of many Persian scholars and artists. For this reason, the city was named by classical geographers Dar al-‘Elm, the House of Knowledge.[14] Among the Iranian poets, mystics and philosophers born in Shiraz were the poets Sa’ di[15] and Hafiz,[16] the mystic Roozbehan, and the philosopher Mulla Sadra.[17] This Shiraz has been nicknamed “The Athens of Iran”.[18] As early as the 11th century, several hundred thousand people inhabited Shiraz.[19] In the 14th century, Shiraz had sixty thousand inhabitants.[20] During the 16th century, it had a population of 200,000 people, which by the mid-18th century had decreased to only 55,000.

In 1504, Shiraz was captured by the forces of Ismail I, the founder of the Safavid dynasty. Throughout the Safavid empire (1501–1722) Shiraz remained a provincial capital and Emam Qoli Khan, the governor of Fars under Shah Abbas I, constructed many palaces and ornate buildings in the same style as those built during the same period in Isfahan, the capital of the Empire.[13] After the fall of the Safavids, Shiraz suffered a period of decline, worsened by the raids of the Afghans and the rebellion of its governor against Nader Shah; the latter sent troops to suppress the revolt. The city was besieged for many months and eventually sacked. At the time of Nader Shah‘s murder in 1747, most of the historical buildings of the city were damaged or ruined, and its population fell to 50,000, one-quarter of that during the 16th century. 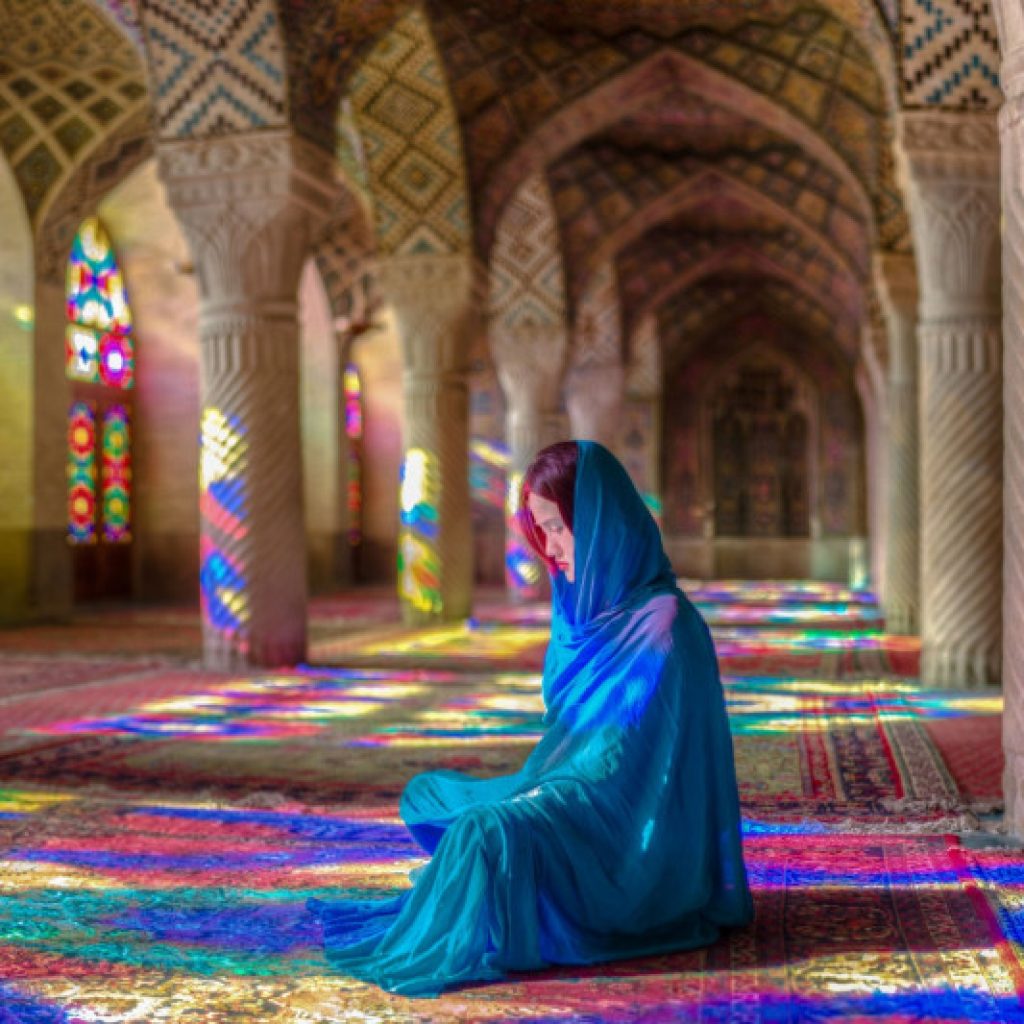 Shiraz soon returned to prosperity under the rule of Karim Khan Zand, who made it his capital in 1762. Employing more than 12,000 workers, he constructed a royal district with a fortress, many administrative buildings, a mosque and one of the finest covered bazaars in Iran.[13] He had a moat built around the city, constructed an irrigation and drainage system, and rebuilt the city walls.[13] However, Karim Khan’s heirs failed to secure his gains. When Agha Mohammad Khan, the founder of the Qajar dynasty, eventually came to power, he wreaked his revenge on Shiraz by destroying the city’s fortifications and moving the national capital to Tehran.[13] Although lowered to the rank of a provincial capital, Shiraz maintained a level of prosperity as a result of the continuing importance of the trade route to the Persian Gulf. Its governorship was a royal prerogative throughout the Qajar dynasty.[13] Many of the famous gardens, buildings, and residences built during this time contribute to the city’s present skyline.

Shiraz is the birthplace of the co-founder of the Bahá’í Faith, the Báb (Siyyid ‘Ali-Muhammad, 1819–1850). In this city, on the evening of 22 May 1844, he first declared his mission as the bearer of a new divine revelation.[21] For this reason, Shiraz is a holy city for Bahá’ís, and the city, particularly the house of the Báb, was identified as a place of pilgrimage.[22] Due to the hostile climate towards Baha’is in Iran, the house has been the target of repeated attacks; the house was destroyed in 1979, to be paved over two years later and made into a public square.[22]

In 1910, a pogrom of the Jewish quarter started after false rumors that the Jews had ritually killed a Muslim girl. In the course of the violent riots, 12 Jews were killed and about 50 were injured, and 6,000 Jews of Shiraz were robbed of all their possessions.[23]

During Pahlavi dynasty, Shiraz has become the center of attention again. Many important landmarks like Tombs of Poets’ such as Sa’di[15] and Hafiz,[16] has been constructed and presented to the public. Also, the site of well-known Persepolis was re-discovered by the order of the Shah to be excavated and to be valued.

Lacking any great industrial, religious or strategic importance, Shiraz became an administrative center, although its population has nevertheless grown considerably since the 1979 revolution.