For centuries, Iran has been producing some of the world’s most influential and inspiring poets, whose works revolutionized the literature of both the East and the West. Spanning themes of love, divine mysticism, and human rights, their poetry is an incredible contribution to Iranian culture and remains entirely relevant today. Here we profile 5 of the most inspiring Iranian poets. 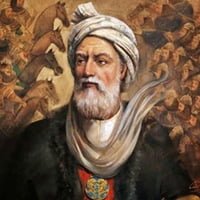 Ferdowsi is perhaps Iran’s most famous poet, credited for writing the Shahnameh, the national epic of the Persian speaking world and the longest work of epic poetry ever written, composed of over 60,000 verses. Translated as ‘The Book of Kings’, the Shahnameh spans the history of Iran from mythical times until the Sassanid period in the 7th century, telling the tales of heroic blacksmiths, despotic rulers and wicked demons who form the currents of good and evil which run throughout human history. Through his complex characters, Ferdowsi demonstrates the capacity for lightness and darkness and for happiness and unhappiness, in every being, encouraging his readers to actively take the side of good. 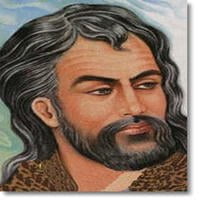 A hugely influential poet, Hafez went on to inspire generations of new poets both in Iran and in the wider world, including Goethe, who wrote his poetry collection the West-östlicher Diwan as a tribute to Hafez and his style. Hafez is known for his unique blend of the mystical and the human, blending representations of both divine and romantic love in verses filled with elaborate metaphors and vivid imagery which convey multiple meanings. Today, his marble tomb stands underneath a beautifully tiled pavilion in the Musalla Gardens in Shiraz and is one of the city’s greatest tourist attractions, with thousands of fans and admirers coming to pay their respects. 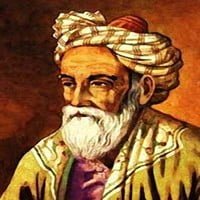 Born in 11th century Iran, Omar Khayyam was a greatly influential intellectual figure, whose works spanned the fields of astronomy, mathematics, philosophy, and poetry. During his lifetime, Khayyam was best known for his work in the former subjects – his treatise on algebra proved hugely important in mathematical circles for centuries while the modern Iranian calendar is based on his research in astronomy. It wasn’t until the 19th century that his poetry was rediscovered and translated by Edward Fitzgerald, introducing his work both to a Western audience and to a new generation of Iranians. Khayyam’s poetry is filled with sensuality, exploring the simultaneous beauty and fragility of life. 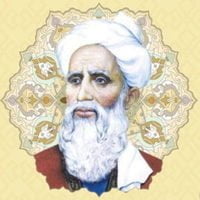 He is widely regarded as “the father of Persian poetry, for he was the first major poet to write in New Persian language, following the Arab conquest in the seventh and eighth centuries, which established Islam as the official religion, and made Arabic the predominant literary language in Persian-speaking lands for some two centuries. In the tenth century the Caliphate power, with headquarters in Bagdad, gradually weakened. The remoteness of Khorâsân, where Rudaki was based, provided a hospitable atmosphere for a “renaissance” of Persian literature. Rudaki distinguished himself as the brightest literary star of the Samanid court. This book presents Rudaki as the founder of a new poetic aesthetic, which was adopted by subsequent generations of Persian poets. Rudaki is credited with being the first to write in the rubâi form, and many of the images we first encounter in Rudaki’s lines have become staples of Persian poetry. 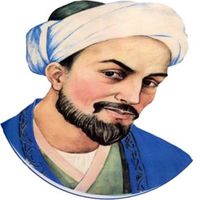 Saadi Shirazi was better known by his pen-name as Saʿdī or simply Saadi was one of the major Persian poets of the medieval period. He is not only famous in Persian-speaking countries but has also been quoted in western sources. He is recognized for the quality of his writings and for the depth of his social and moral thoughts.  A native of Shiraz left his native town at a young age for Baghdad to pursue a better education. As a young man, he was inducted to study at the famous an-Nizamiyya center of knowledge (1195–1226), where he excelled in Islamic sciences, law, governance, history, Arabic literature, and Islamic theology.  Saadi was not only welcomed to the city but was respected highly by the ruler and enumerated among the greats of the province. In response, Saadi took his nom de plume from the name of the local prince, Sa’d ibn Zangi. Some of Saadi’s most famous panegyrics were composed an initial gesture of gratitude in praise of the ruling house and placed at the beginning of his Bustan (the name of his book is the same). The remainder of Saadi’s life seems to have been spent in Shiraz.