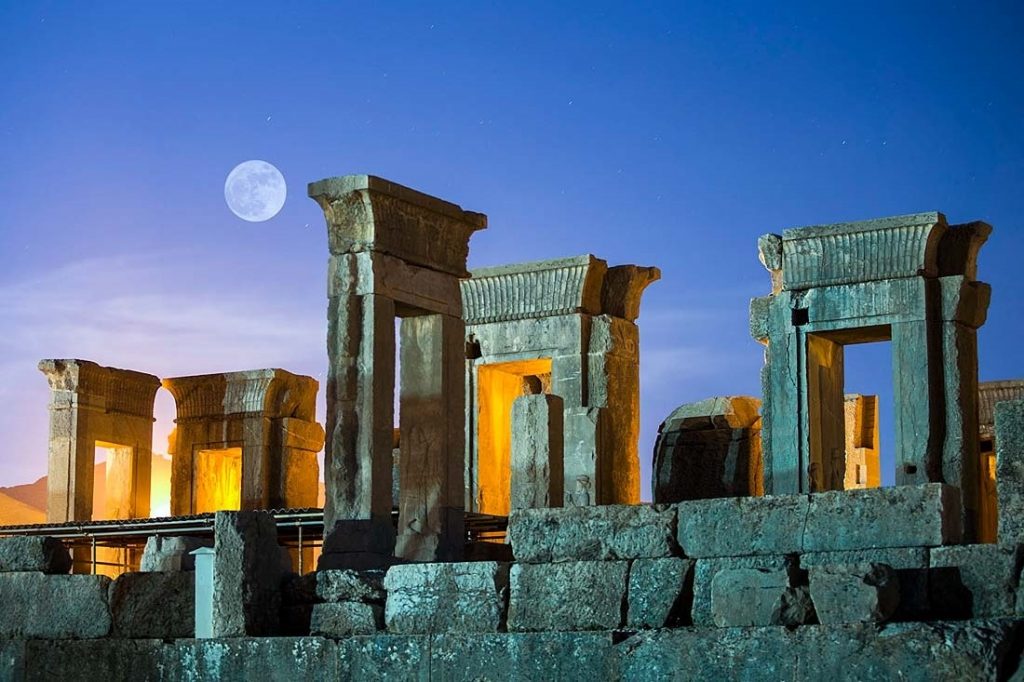 Founded by Darius I in 518 B.C., Persepolis was the capital of the Achaemenid Empire. It was built on an immense half-artificial, half-natural terrace, where the king of kings created an impressive palace complex inspired by Mesopotamian models. The importance and quality of the monumental ruins make it a unique archaeological site.

Persepolis was the seat of government of the Achaemenid Empire, though it was designed primarily to be a showplace and spectacular center for the receptions and festivals of the kings and their empire. The terrace of Persepolis continues to be, as its founder Darius would have wished, the image of the Achaemenid monarchy itself, the summit where likenesses of the king reappear unceasingly, here as the conqueror of a monster, there carried on his throne by the downtrodden enemy, and where lengthy cohorts of sculpted warriors and guards, dignitaries, and tribute bearers parade endlessly.

Criterion (I): The terrace of Persepolis, with its double flight of access stairs, its walls covered by sculpted friezes at various levels, contingent Assyrianesque propylaea, the gigantic winged bulls, and the remains of large halls, is a grandiose architectural creation. The studied lightening of the roofing and the use of wooden lintels allowed the Achaemenid architects to use, in open areas, a minimum number of astonishingly slender columns (1.60 meters in diameter vis-à-vis a height of about 20 meters). They are surmounted by typical capitals where, resting on double volutes, the forequarters of two kneeling bulls, placed back-to-back, extend their coupled necks and their twin heads, directly under the intersections of the beams of the ceiling.

Criterion (iii): This ensemble of majestic approaches, monumental stairways, throne rooms (Apadana), reception rooms, and annex buildings is classified among the world’s greatest archaeological sites, among those which have no equivalent and which bear witness of a unique quality to a most ancient civilization.

Criterion (vi): The terrace of Persepolis continues to be, as its founder Darius would have wished, the image of the Achaemenid monarchy itself, the summit where likenesses of the king reappear unceasingly, here as the conqueror of a monster, there carried on his throne by the downtrodden enemy, and where lengthy cohorts of sculpted warriors and guards, dignitaries, and tribute bearers parade endlessly. 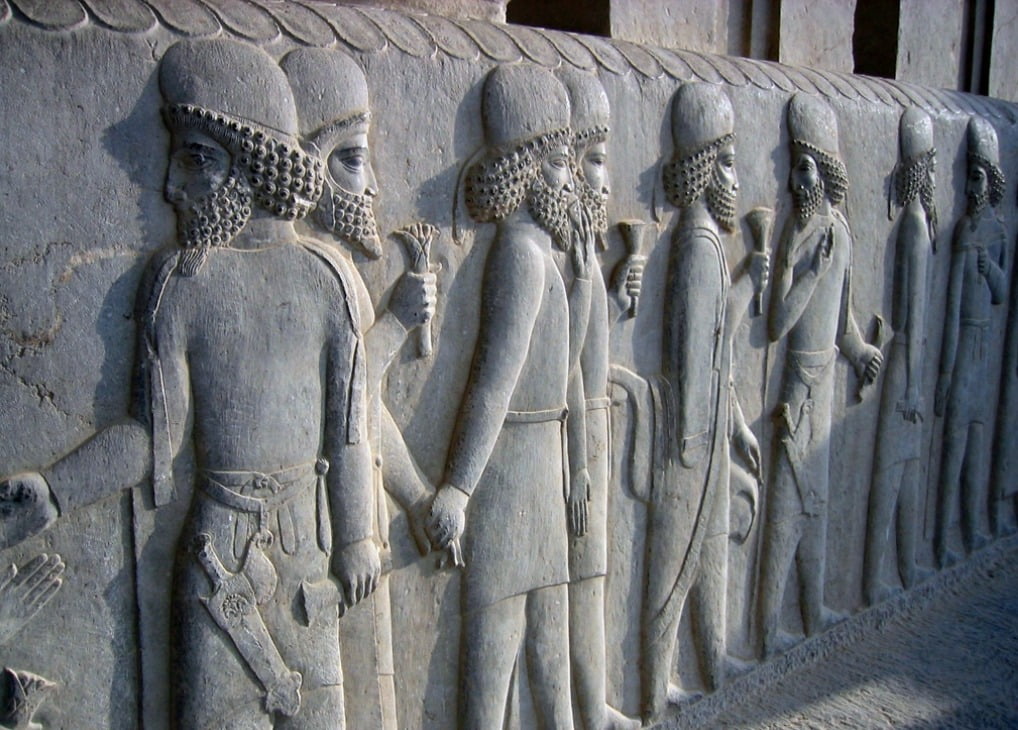 Within the boundaries of the property are located the known elements and components necessary to express the Outstanding Universal Value of the property, including the archaeological remains of the terrace and of its related royal palaces and buildings.

The most significant identified challenge to the integrity of the property and its buffer zone is controlling its borders and boundaries against agricultural, industrial, and constructional development. The principal potential threats are the growth of Marvdasht town, new village developments, and the arrival of polluting industries. These threats are considered to be increasing.

The archaeological ruins at Persepolis are authentic in terms of their locations and setting, materials and substance, and forms and design. The present location of the Persepolis terrace and its related buildings has not changed over the course of time. Restoration work has carefully respected the authenticity of the monuments, utilizing traditional technology and materials in harmony with the ensemble. No changes have been made to the general plan of Persepolis. Moreover, there are no modern reconstructions at Persepolis; the remains of all the monuments are authentic.

Persepolis, whose magnificent ruins rest at the foot of Kuh-e Rahmat (Mountain of Mercy) in south-western Iran, is among the world’s greatest archaeological sites. Renowned as the gem of Achaemenid (Persian) ensembles in the fields of architecture, urban planning, construction technology, and art, the royal city of Persepolis ranks among the archaeological sites which have no equivalent and which bear unique witness to a most ancient civilization. The city’s immense terrace was begun about 518 BCE by Darius the Great, the Achaemenid Empire’s king. On this terrace, successive kings erected a series of architecturally stunning palatial buildings, among them the massive Apadana palace and the Throne Hall (“Hundred-Column Hall”).