Persian food is a mixture of different flavors which all are unique. It pivots around the flavors of saffron, rosewater, cardamom, turmeric, and dried raisins.

Iran is a four-season country with different climates. This variable climate has an important effect on rising special ingredients and also creating special foods. Many delicious ingredients are native to Iran, including pistachios, almonds, walnut. Saffron, oranges, pomegranates and grapes and many spices. Unlike other parts of the middle east, where the dry terrain limited what food could be grown, the ancient Persians transformed vast stretches of arid land into fertile oases via underground aquifers that drew melted water into the desert.

No diet during your travel to Iran!

The dishes of Iran are often time-consuming and slow-cooked. Rice is an important part of Persian food. There are two ways of cooking rice in Iran. Chelo and Polow. A Chelo is a common accompaniment to meat or poultry stews. Iranians generally flavored Polow with vegetables, herbs, and nuts.

Shirin Polo considered “The King Of Persian Dishes”, is flavored with saffron, orange peel, dried fruit, carrot, pistachios, and almonds and then coated in caramelized sugar and served with saffron rice. 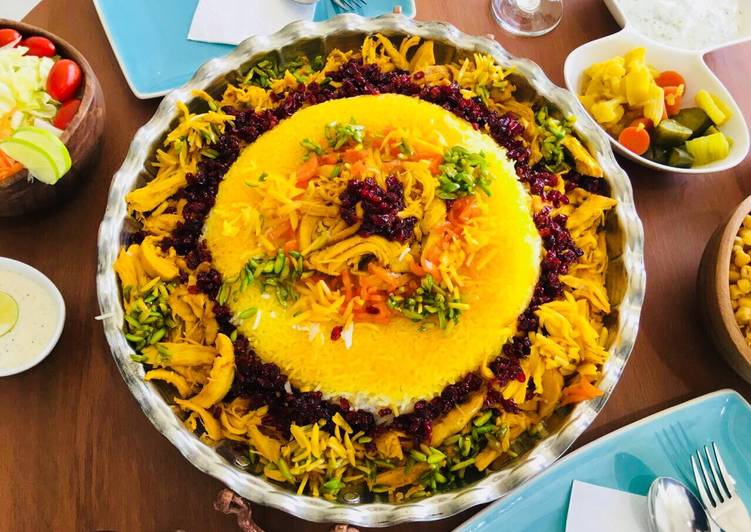 This staple in Persian cuisine is rice with dill and lima beans, which oozes fantastic flavor when the season is right. Of course, eating a mix of rice with saffron and juicy and tender lamb on a bone is amazing to experience!

Iranians love kababs and they enjoy the tasty flavor and smell of various kinds of kababs such as Joojeh Kabab(which is Iranian favorite picnic food) and Kabab Koobideh. 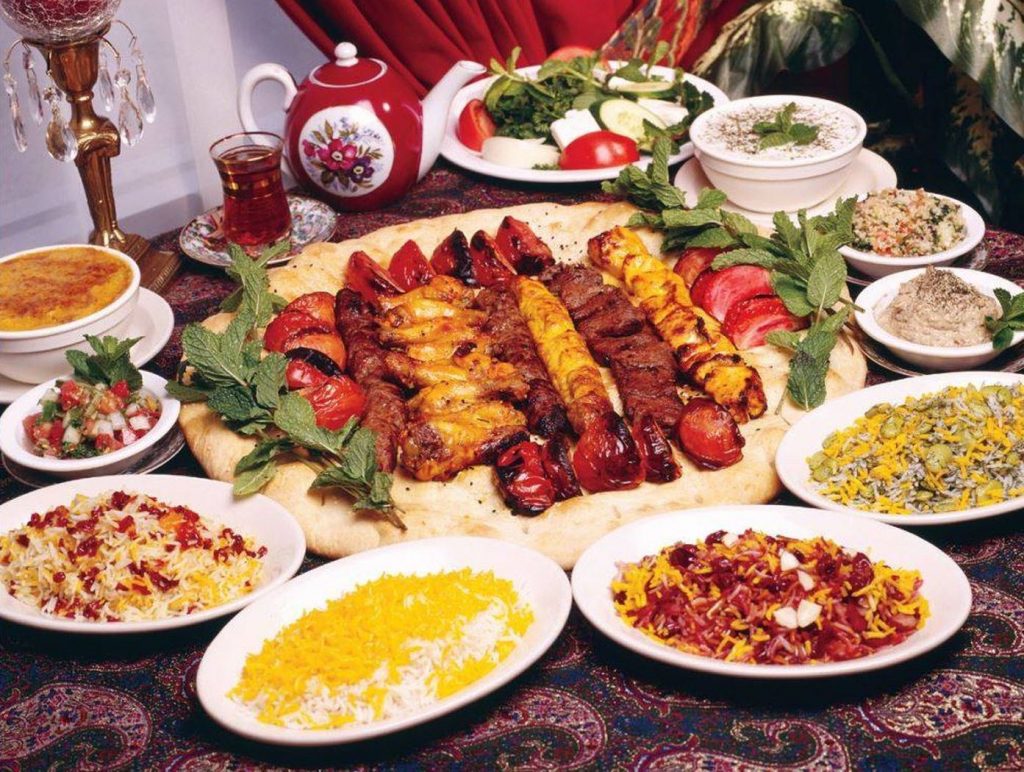 Fesenjan (Persian pomegranate and walnut stew) is a very tasty stew which is a part of Iranian’s culture. Iranians cook it on a low temperature to let the tastes blend and release walnut oil on the stew. 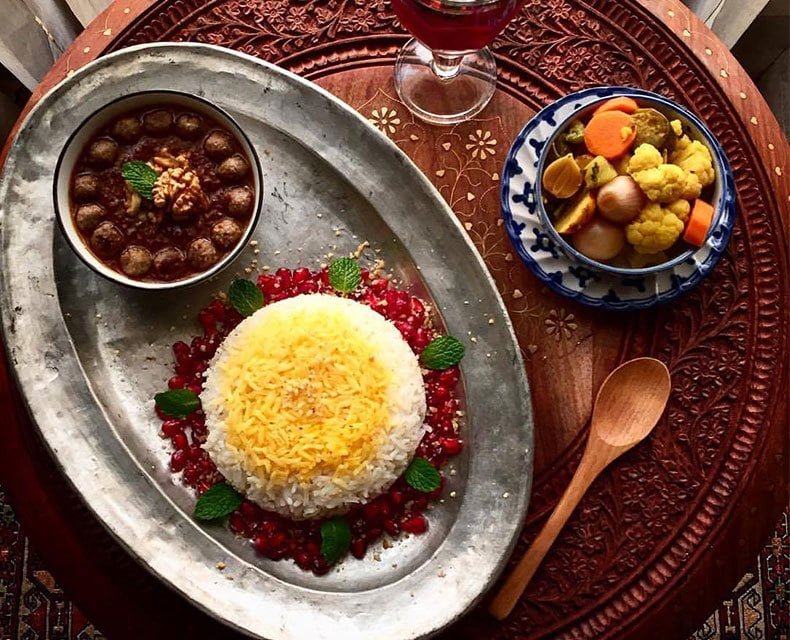 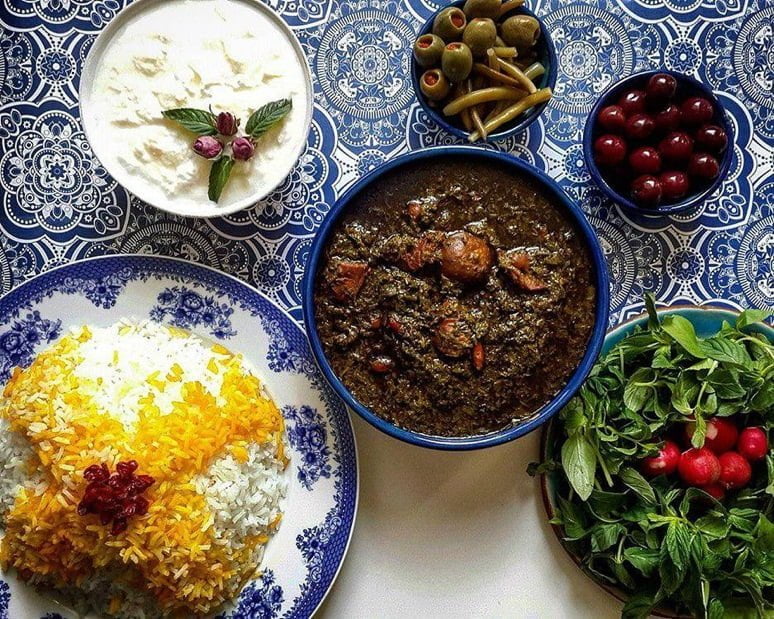 Persian food is beyond delicious and whether a dish is savory or sweet, each reflects upon Iran’s lengthy history and the colorful and glitzy Persian empire. Come and try it!

Travel to Iran
Top 10 things to see in Tehran