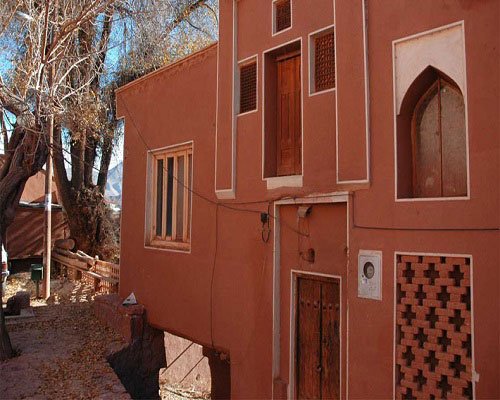 Near the city of Natanz, in Isfahan province, is a beautiful and historic Abyaneh village built on the wall of a mountain called Karkas. According to archaeologists, the village was built about 1500 years ago and has many remarkable monuments. Abyaneh village is one of the highest residential areas of Iran. Its height is 2222 meters above sea level. It is also very famous for its red soil.

Abyan people speak Farsi in a particular Abyan dialect that differs substantially from other dialects in the area.

Abyaneh in the local dialect of the people of this village, Viuona is said to be composed of two parts (vi) namely, willow and viyane, which is called Bidistan and seems to have existed throughout the village of Abyaneh during the distant past. No evidence has been found to date of this village. But scholars and archaeologists believe that the village, which existed about 1500 years ago, is one of the historical sites of the Iranian nation that has gained worldwide fame. According to archaeological research, the ancient buildings of this village were designed and built during the reigns of the Seljuks, Qajaris, Sassanids, and Safavids. 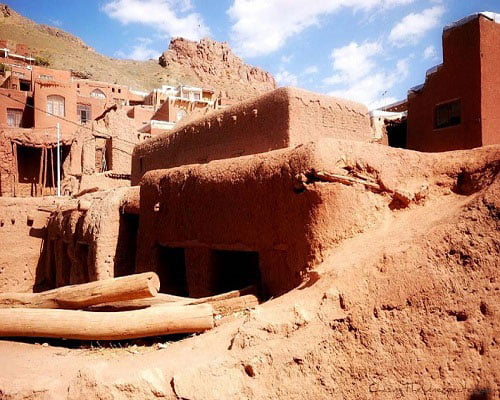 In this historic village, the houses are made of brick and are decorated with beautiful rooms with sash windows, porches and timbers. All this has helped to make Abyaneh village attractive. View of houses made of clay from a mine near the village. According to engineers and architects, the house can no longer be built on the wall of the Karkas Mountain. For this reason, the villagers were thinking of setting up places in the hills near the highway to store their crops and livestock. In Abyaneh, most of the work is in animal husbandry, gardening, and farming, which is now managed in the old style, and it is interesting to know that the water needed for farmland and gardens is provided through the seven aqueducts.

There are crops such as potatoes, wheat, barley as well as fruits such as apricots, pears, apples, and walnuts. Carpet-weaving is one of the other activities of Abyaneh village people that over time and with the great welcome of the people of this village has designed and made about 30 carpet weaving workshops. Some believe that the weaving of wigs has been one of the arts that the women of this village have done for years and that they have made money, but this art is not common anymore.

According to research and experts, as well as available evidence, the people of the village of Abyaneh have lived for many years without commuting to large, crowded cities, and this has caused some past cultures and rituals to change, including how to speak. 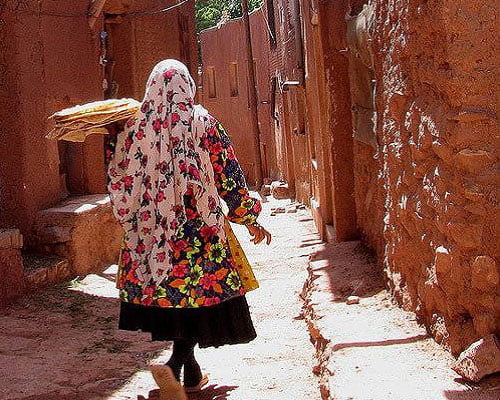 The way some people dress in the historic Abyaneh village is old-fashioned, and they have made a lot of effort to preserve it. Men in black and long trousers look like the men in Lorestan and women in beautiful dresses in different floral and colored designs, and most of the scarfs they wear are white. 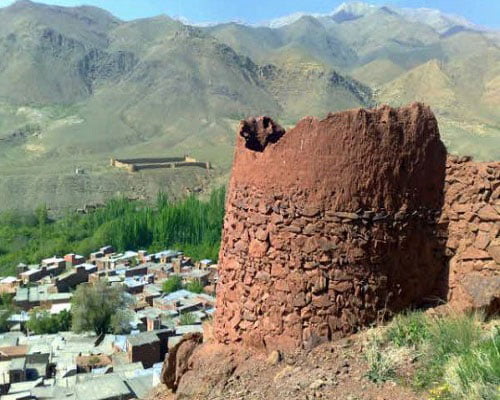 Another attractive building in Abyaneh village is the fire temple located on the slopes of Karkas mountain. According to the surviving evidence, and according to experts and architects, the fire was dedicated to Zoroastrians.

There are also three castles built in Abyaneh. One of these castles is called Hamoun, the other is called Haman’s Throne and is located in the southwestern part of the village. According to archaeological excavations and other documents, it was specifically designed for Yosemoni and the upper region, which was designed and built nearly two years ago.

One can also mention the ancient and historical shrines of Abyaneh village which are considered sacred places of this village. The Hinza shrine, named after Bibi Zubaida Khatun, is located in a valley in the southeast of the village. The tomb is built against the cliffs of the valley, and even these cliffs are part of the tomb. According to the available documents, Bibi Zubaida Khatun is the daughter of Imam Musa Kazem. 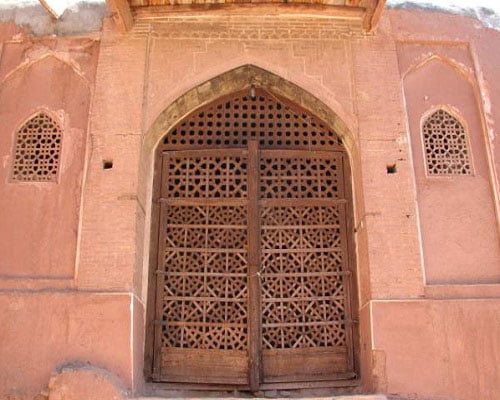 The entrance of Jame Mosque of Abyaneh village

In the village of Abyaneh, there are eleven mosques built and the Abyaneh Jame mosque, known as the Mideh Mosque, is one of the three historic mosques.

The most important souvenirs of Abyaneh are handmade jewelry such as necklaces and bracelets and wall hangings, rugs and carpets are other crafts in the village. Abyaneh dairy is also very high quality and besides walnut, almond, apple, and plum are other souvenirs of this historic village.