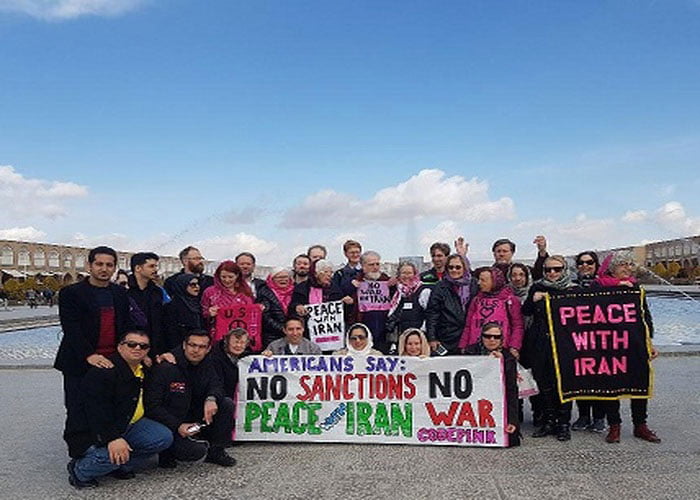 What is Code pink?

Code pink is a women-led grassroots organization working to end U.S. wars and militarism, support peace and human rights initiatives, and redirect our tax dollars into healthcare, education, green jobs, and other life-affirming programs. Join us!

Rooted in a network of local organizers, online supporters, and generous donors, with an emphasis on joy and humor, our tactics include satire, street theatre, creative visuals, civil resistance, and directly challenging powerful decision-makers in government and corporations. And of course, wearing pink! 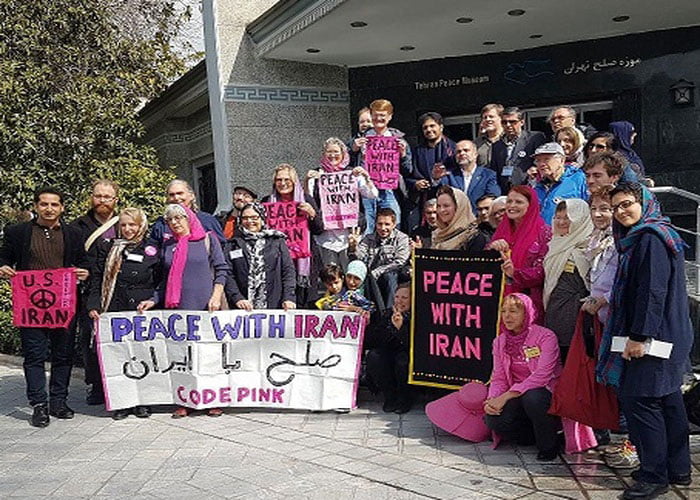 Code pink is not exclusively women — we invite non-binary, gender-non-conforming people, and men to join us. We are particularly eager to see mothers, grandmothers, sisters, and daughters, female workers, students, teachers, healers, artists, writers, singers, poets, and all outraged women rise up and oppose global militarism.

How did we get started? 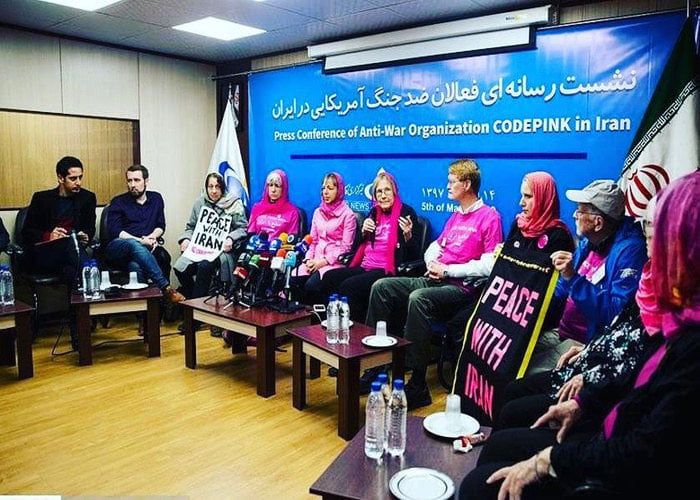 The vigil inspired people from all walks of life, and from all over the country, to stand for peace. Many organizations joined us, including Global Exchange, Greenpeace, WILPF, WAND, Public Citizen, NOW, Women for Women International and Neighbors for Peace and Justice. The vigil culminated on March 8, International Women’s Day, when we celebrated women as global peacemakers with a week of activities, rallies and a march to encircle the White House in pink.

Over 10,000 people participated, and a group of 25 women, including Alice Walker, Maxine Hong Kingston, Susan Griffin, Star Hawk, Jodie Evans, and Medea Benjamin, were arrested for taking our peaceful protest right up to the White House gate.

Code pink thus emerged out of a deep desire by a group of American women to stop the United States from invading Iraq. The name Code pink plays on the former Bush Administration’s color-coded homeland security alerts — yellow, orange, red — that signaled terrorist threats. While Bush’s color-coded alerts were based on fear and were used to justify violence, the Code pink alert is a feisty call for people to “wage peace.”

Since then Code pink has become a worldwide network of women and men committed to working for peace and social justice. We have become famous for confronting the warmongers, whether in the halls and hearing rooms of Congress, the national conventions of both the Republicans and Democrats, George Bush’s fundraisers, the publicity tours of Karl Rove, Condi Rice, Donald Rumsfeld, and others, and Nancy Pelosi’s house. 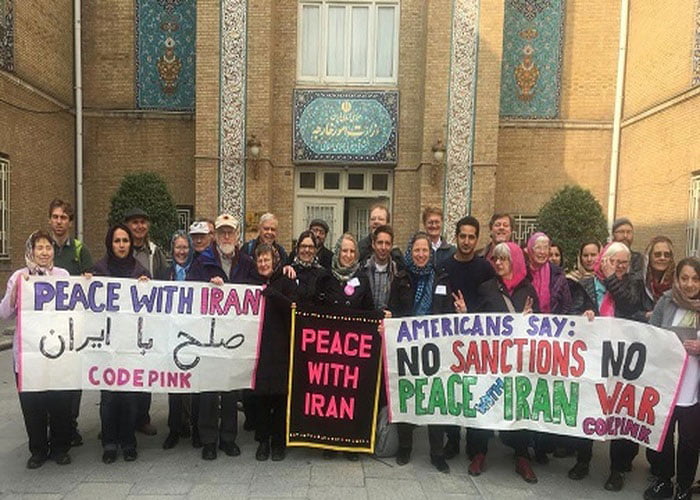 A group of American traveled to Iran and they just want to stand for peace, no sanction and no war. They want to have a good relationship with Iran. During this trip, they visit the capital of Iran, Tehran, Isfahan, and Shiraz. They also took part in a news conference for anti-war organization Code pink in Iran and talk about the real peace that they want and as you see Iran is a very safe country that a group of people traveled to Iran and then they came back to their own country without any problem.