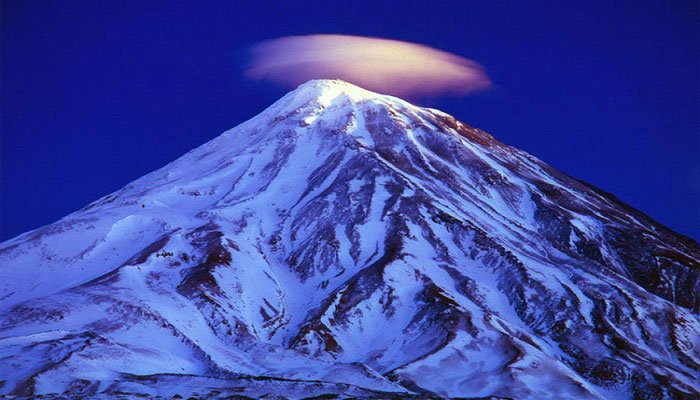 Damavand: The vast land of Iran has many mountains and peaks that have skyrocketed in place of this land. Among all the mountains of Iran, Damavand, which is a symbol of stability in our culture, has a special place. Damavand Mountain, known as the tallest mountain in Iran and the Middle East and also the highest volcanic peak in Asia, is located in northern Iran.

Where is Damavand Mountain?

Damavand Mountain from a historical perspective

744 years before the Assyrian era, Damavand was mentioned by Bacon in various texts, and since then the Damavand myth has always been sacred to the Iranian people. In the Avesta Bible, the Torah and many other historical books Damavand Mountain are mentioned under various names.

William Jackson, a 19th-century American historian, writes in the memoirs of his trip to Tehran: Damavand in Avesta is called “Hooverzite” and rises about 6000 meters above the ground, many tourists and prominent people who have lived in Iran since the Qajar era have mentioned various heights such as 14000 to 22000 feet for Damavand Mountain. Damavand, formed during the fourth period of geology called the Holocene era, has been well known among Iranians since ancient times. Even this beautiful mountain is mentioned in the mythical stories of Iran. In Shahnameh’s unique book, Hakim Abolqasem Ferdowsi from Damavand Mountain recalled that Zahak (his tyrant and dragon king) had been imprisoned there.

The three cities of Tehran, Amol and Damavand are near this mountain. Damavand Mountain is 69 km northeast of the Iranian capital. The beautiful peak is also located 62 kilometers west of Amol city and 26 kilometers north of Damavand. 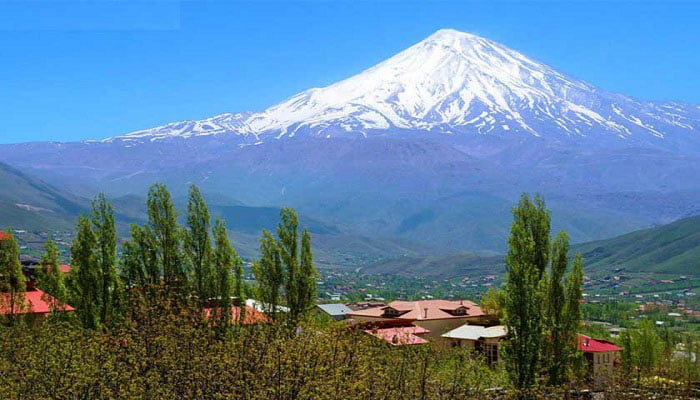 At different heights of Damavand Mountain, there are many different plants that some of them can only be seen at a certain height. The hillside of Damavand is completely covered with anise. Anemone, which grows at a height of 2500 to 3000 meters in Mount Damavand, is recognized as a unique species of anemone in the world and has been recorded in the world-renowned botanical books by the name of Anemone Lar and Rine.

Damavand is home to animals such as foxes, jackals, ewes, goats, dogs, wolves, rams, boars, and rabbits. Most of Damavand’s animals are birds such as the Golden Eagle, Quebec, Quail, and Bat. The other animals that live in Damavand are about 5 types of snakes, scorpions, bats, rats, and tombs.

Damavand is a volcanic mountain with volcanic activity, which is currently limited to sulfur gas sublimation volcanic activity. The last eruption of Damavand was 38,500 years ago and has been dormant volcano ever since. Damavand volcano is about 400 meters in diameter, covered by a lake of ice craters, and there are signs of old craters on the south and north sides of the mountain.

This beautiful mountain in Iran has a national day. On this day, Iranian climbers gather on the slopes of Damavand Peak in the city of Rine Larijan in Amol Duram city and hold a beautiful celebration. It is also worth noting that the Damavand National Day celebration has also reached national record. Damavand Mountain, which stands as a symbol of this land. Damavand this magnificent beloved of Iran’s tall nature is an example of the earth’s attachment to the sky.