Where is the Lut desert?

Iran is the country of wonders. There are Jungles, rivers, waterfalls, and deserts all in one country whose name is Iran! One of the most famous wonders of this ancient country is Lut desert. Lut in the Persian language means a bare land without water and vegetation. The Lut Desert is located in the south-east of the country. It is in three provinces: Kerman, Sistan and Baluchestan and South Khorasan. Ten percent of the country’s total area belongs to Lut. It stretches about 200 miles (320 km) from northwest to southeast and is about 100 miles (160 km) wide. This place is the world’s 27th-largest desert. It inscribed on UNESCO’s World Heritage in 2016. 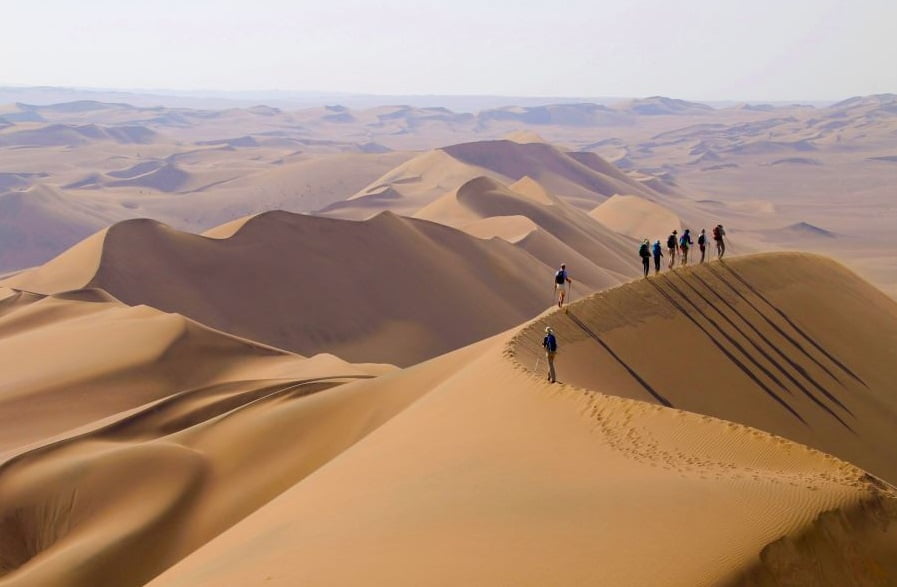 Is Lut desert in Iran the hottest place on Earth?

The answer is Yes! For many years scientists were looking for the world’s hottest place. They found that it should be somewhere in middle-east. Finally, from 2003 to 2010 NASA’s Aqua satellite testify that the hottest land surface on Earth is in Lut desert. Measurements showed a temperature of 70.7 o C (159.3 OF). This place is known as Gandom Beryan which in the Persian language means Toasted Wheat.

Why Lut desert is so special?

Lut Desert is not the same as other deserts which you have been. It is an exhibition of the most surprising and descendant earthquake phenomena. Viewing and studying each one of them, by creating interest and motivation, provides valuable knowledge to desert environment enthusiasts. There are 3 geographic units in this desert: North Lut, Central Lut, and South Lut. The most fascinating part is the central Lut. This part is divided into three parts: Kaluts, sand dunes, and pediment. 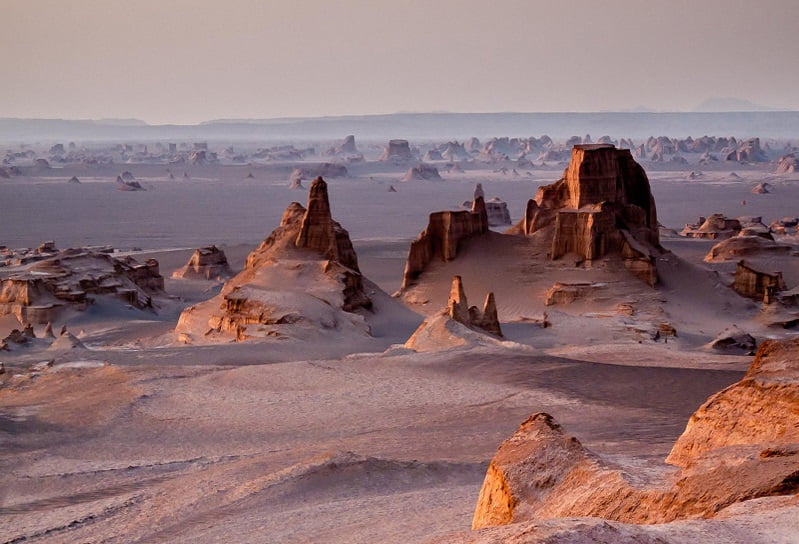 Kaluts have been created due to the erosion of water and polishing by the wind. They are in the form of parallel corridors to a height of more than 200 meters. These huge Kaluts are in the region in the west of Lut and around 40 kilometers of the east of Shahdad. The Kalut region has an average width of 80 km and an average length of 145 km. This place is completely free of plant and animal life. This feature is unique to the Iranian Lut desert and you can’t find it in any other desert.

When suddenly in the heart of the Lut you see these earth structures, it’s as you have entered a new city. A city without any inhabitants that seems to have been made only for spirits. Maybe this is why it is said that here is the city of fairy and ghosts. In Shahdad desert there are 100 hectares os salt in the form of egg boom, which is not anywhere in the world. There is no vital In the 30,000 kilometers around the center of Lut.

The hight of the sandy hills in the east of central Lut is 500 meters. The highest known pyramid of the world’s sand in Libya is up to 300 meters high. In Lut, the height of some pyramids is sometimes up to 480 and 500 meters. Hence, the largest and highest desert dunes in the world are in the Iranian Lut region. 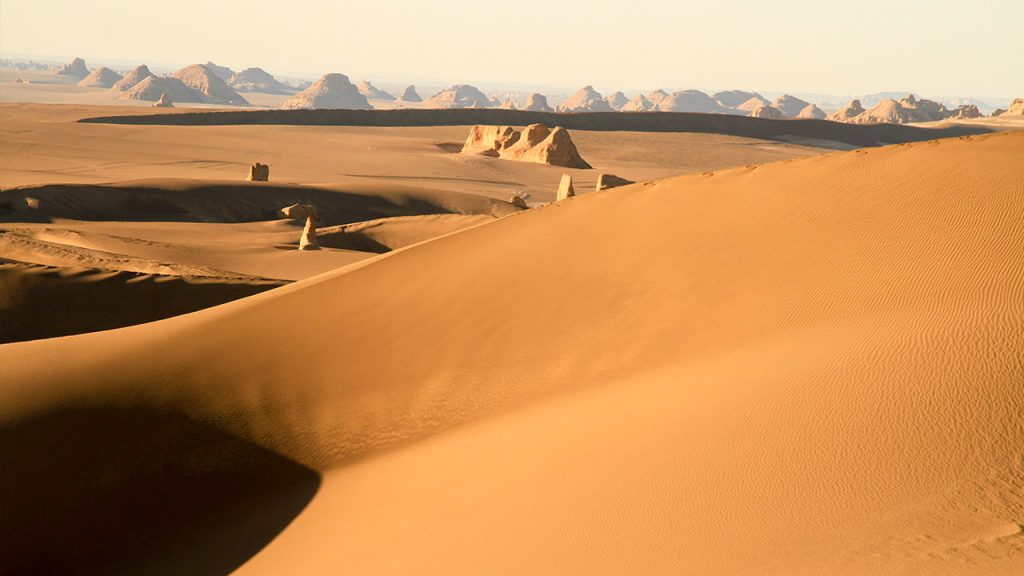 This video may help you have a better understanding of the Lut desert in Iran.

Our team is proud of itself to provide you all service you might need for your travel to Iran and the desert of Iran for more information, please