Nowrouz is on March 21, 2019. It is all about nature, Feeling refresh after passing cold winter and cherishing the change of nature. Leaves get green and blossoms wake up and everywhere is full of beauties. It is the traditional Iranian festival of spring which starts in the first day of spring. It is the start of the New year among Persians.  Nowrouz marks the end of the old year and the beginning of a new one. The name means a new day and it comes from Avesta. No one knows exactly how far back Nowrouz dates but it is said it has been celebrated for at least 3000 years and it’s rooted in Zoroastrianism, an ancient Persian religion. After thousands of years in the making, Nowrouz remains too popular and beloved in Persian culture.

Around one month before Nowrouz people in Iran start getting ready for it. Everyone start cleaning their home and removing unnecessary things which aren’t useful, so after that, they can feel fresh. Iranians clean windows, wash rugs and hanging them outside and clean them.

The most important festival before Nowrouz is Chaharshanbe Suri. Iranians celebrated this festival on the eve of the last Wednesday before Nowrouz. It is all about fire and it’s power.  According to the Iranians, illness, poverty, misery, failure, and evil disappears when the fire is burned because they are from the existential effects of darkness and evil. So, the warming of fire and, in general, the clear path of knowledge in the heart and soul that erases the devilish, unnatural, and impolite effects, so the celebration of the Chaharshanbe Suri passed the end of the year to the night of the last Wednesday of the year in order to be happy and healthy.

According to the ancient religion, on this day there is a great burning fire that lasts until the early morning and the sun is clear. This fire usually begins in the afternoon when people burn the fire and jump over it and read when they jump: “My jaundice is from you, my redness from me”. This sentence represents a ritual cleansing ceremony in which the term “Syri” means “red” refers to it.

In other words, people are demanding that the fire of fullness and yellowing, their illness and their problems, and instead give them redness and warmth and power. On Wednesday, it is not a celebration that depends on religion or ethnicity and is common among most Iranians.

In ancient Iranian rituals, it was spread out for every “tablecloth” feast that had a variety of foods. The Norouz table was called Haft Sin and should be more colorful than the rest of the table. The Seven Sin table was usually prepared a few hours before the New Year’s delivery and was set on a plate taller than the surface of the earth. The Haft Sin Norouz table was built on the basis of the holy number seven. It means seven S’s. Symbolic items whose names begin with the letter “S” are put on the tablecloth together with other complementary items. A description of the symbolic meaning of the seven items follows:

Samanu – Sweet pudding made of wheat sprouts symbolizes the sweet moments of life.

Sumaq – The color of this Persian spice symbolizes the color of dawn prior to sunrise and the victory of light over darkness. 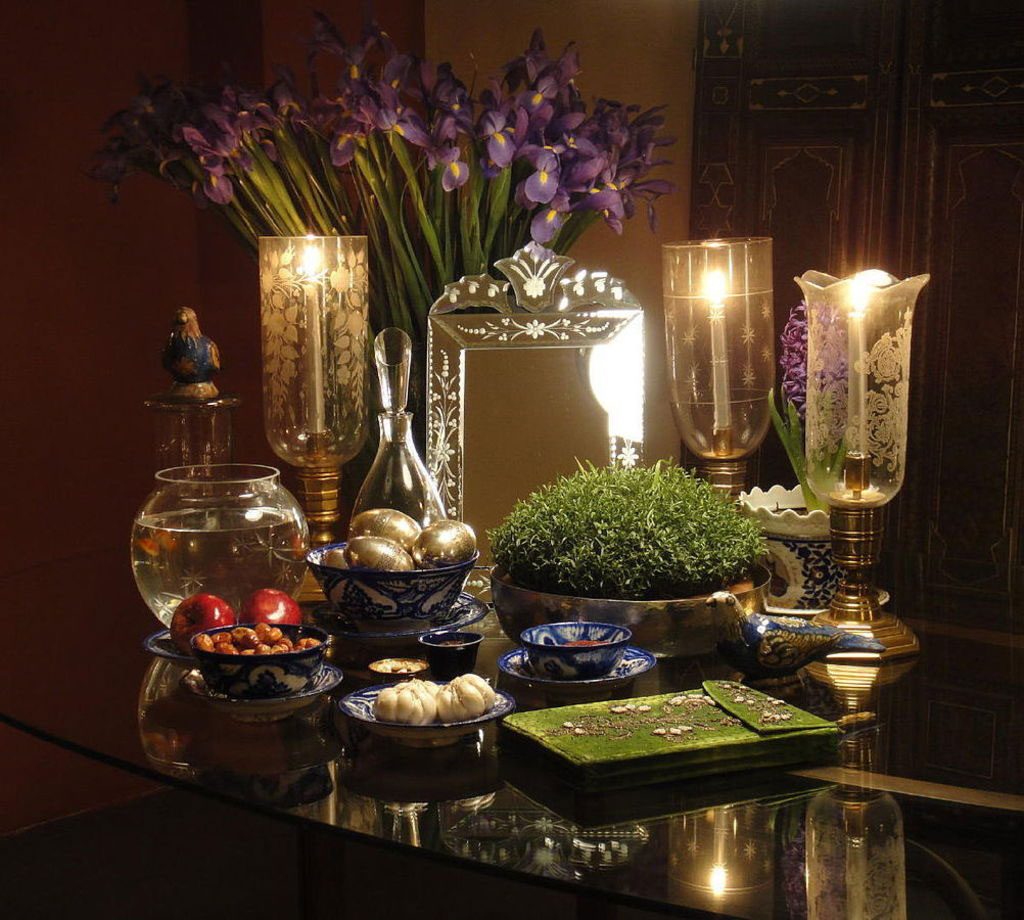