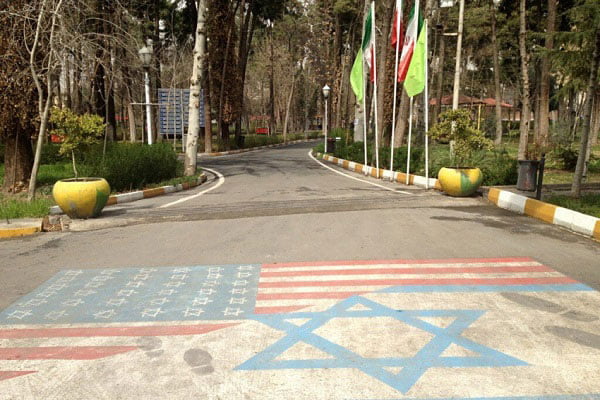 The US Embassy, located in the center of Tehran, implying what a decisive role it had in Iran before the revolution.   The American Embassy Architect was an Austrian-Dutch person named Aide’s van who built the Embassy in the style of American high schools in the 5th and 6th centuries. It was built in 1948 and it took 3 years to finish it due to this matter Americans were called “Henderson High”. Henderson ‘in American Folk English means’ Henderson High School’, and Loy Henderson is the first US ambassador to Iran after the embassy was built.

Different parts of the embassy 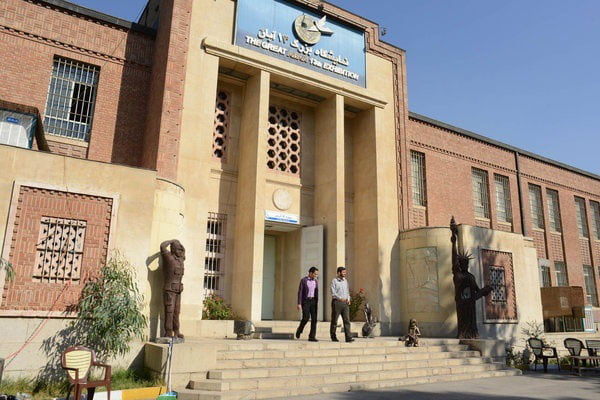 The main embassy building has 4 floors. The main floor and a basement floor, which of course cannot be called a basement. Entering this building is possible with both the front door and the back door. The back door seems to be for embassy staff use only, and for people to come to the front. The second floor and to the left of the building was the embassy’s intelligence and security building. There were various sectors such as public relations, economic and military relations. The corridor to the left and right of the building is separated by a lock-like door, and the second-floor rooms were the US bureaus. The ambassador’s main room is on the second floor, a large room with large green glass windows and tall pine and cedar trees. William Sullivan was the last US ambassador to Iran.

The former US embassy in Iran has now been transformed into a museum. “No keys or sockets were used at the embassy for security reasons,” The only way of communication is away such as a drainage system embedded in the floor. The ambassador’s residence was a luxurious two-story house that has now become the administrative part of the Embassy. In addition to the office building and the ambassador’s house, staff accommodation, a supermarket, a gas station, and a tennis court and pool were also available.

The Embassy is being rebuilt after 39 years and the smell of fresh air fills the building. The first group to attempt to seize the embassy were the Fadaiyan Khalq who were only able to reach the ground floor, informing the Provisional Government, and failed to do so by the Joint Committee. But with the King’s departure and his escape to the United States, students who demanded the King’s return seized the embassy. The US had no ambassador to Iran at the time of the capture of the spy, and William Sullivan, the last US ambassador, had returned to his country at the behest of the US government six months ago.

Only Bruce Lingen was in charge of Iran, Of course, he himself is held by the Iranians, but he was kept in the State Department building. Embassy Telecommunications was on the second floor; this section includes US long-range satellite devices used to communicate with the US. A large ball is stationed in the courtyard with a strong satellite antenna. It has a UHF board capable of intercepting all military wireless inside Iran. It also provided support for two intercepting stations stationed in the northern border of Iran to spy on the Soviet Union. The US used these devices to intercept all of the country’s telecommunications antennas and cables. The main source of this device was electric, but when students enter the area, Americans resist for three hours in the building, shutting down the building and disconnecting the main power supply to destroy all documentation. They almost succeeded in shutting down the devices. Another device was used to intercept the Iranian telephone lines and intercept all lines. 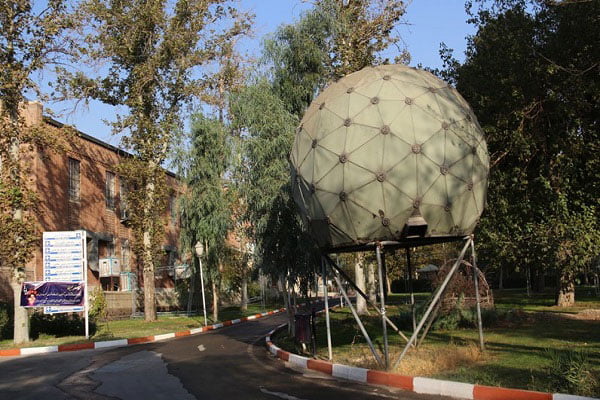 An interim government official allegedly visits the embassy at the students’ request and shows him the device and is said to have used it as an interception. He did not believe that the students would give Bani Sadr’s office number to the device and would be unbelievably surprised to hear the telephone lines. One of the devices that the US will later import into Iran is a metal box that was the most important and secret part of the embassy. The box was built in the United States and was brought to the embassy by helicopter to avoid attention on April 19, when people left town and went to nature. To install it, they open the roof of a section of the embassy and place it by helicopter at a designated location and later make the roof. The Americans put all the messenger and transmitter devices in the shelter. Opening the door of the canteen had several instructions. 3 or 4 people were not allowed to open this box. There was a screen at the bottom of the canopy where the person who was going to open the canister door had to stand on it to feel the weight of the person, and there was a special key on the canister door that was used to turn off the device’s alarms. There was also a series of levers rotating clockwise or counterclockwise to open the door within 15 seconds. If the door stays open for a while, the siren will sound and notify that the door has been unlawfully opened. The lid is thick and has a layer of brass to prevent any radiation from entering. An air-conditioning heater is mounted in the container and the container itself is mounted on the jack to withstand earthquakes. There is a layer on the outside of the box that is somewhat fire-resistant. Receiver and transmitter devices were used to send information to the US or CIA base in other countries. It was apparently connected to many telephone lines. It was also capable of recording conversations and was sensitive to a number of terms such as the US and the Soviet Union. After mentioning these words, the device started recording and after a while, it extracted information from the board and the boards punched and decoded it with a process. Some of the information that was inserted here was coded in the US, so the staff working here were not aware of the codes. 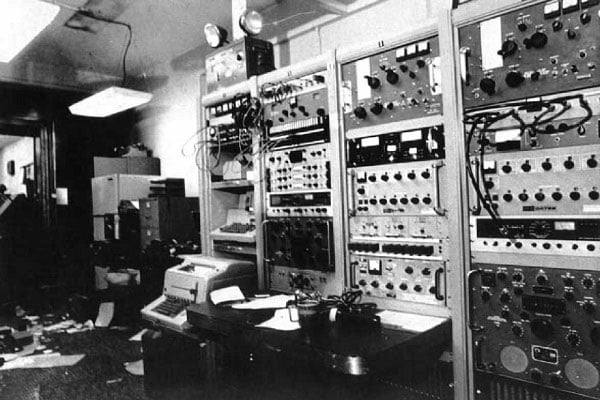 Some of the cassette tapes were found by students after being captured by a regular beep if placed on a regular player but could be decoded and decoded if stored on these devices that were in the continuum. There was also a teletype machine and one of the early scanners in the building, while there was no scanner at the time, but information systems such as the CIA used it. In addition, it was also able to decode. There was a file in the ambassador room that had 2 to 4 steel layers. The students were able to find the contents by drilling and found weapons, which were carried by the ambassador.

The other room is the room where the hostages destroyed documents and some equipment in the three hours they resisted. The most important documents are powdered, still in the embassy. Two-and-a-half barrels of documents consisted of paper documents, microfilms, and teletypes of powder, which unfortunately could not be recovered. 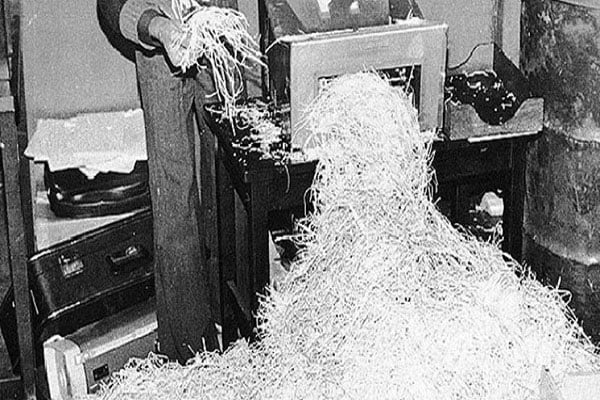 If they wanted to destroy boards and computer devices, there was another device that usually had a loud noise that used rock wool to cut down on the noise. But the most famous was the Document String Machine, another device that transformed an A4 sheet into 30 narrow strips. It took more than five years for the students to put together the documents, which later resulted in the publication of about two volumes of the book Spy Hunter’s Conquest, each about 700 to 800 pages long.

There was another room dedicated to non-diplomatic and illegal conduct, which was a forgeries room. In this room, identity documents or passports and certificates were forged.

Another well-known room in the US Embassy is a glass room known as the Crystal Room between the Americans themselves, and secret conversations and meetings were held between the ambassador and the embassy’s military and security officials. During the meeting, the glass door and the aluminum door were also closed. Two strong ventilators worked in the glass chamber that prevented any gas from entering the room in addition to air conditioning. Practically, the door that closes is neither visible nor audible, and the reason for the glass is that no device such as a camera or ultra-small hearing aids can fit into the glass room. The aluminum door also prevents any signal or radiation from entering. It is well known that the US Embassy in all countries uses this glass chamber. After the conquest, a total of 66 Americans were arrested. Of these, 13 were blacks and women were released, and one was later released on sick and 52 five remained. Jimmy Carter cuts US ties with Iran Later, after the US-led operation in Tabas, hostages are dispersed to various cities. Hostages are released after 444 days following Carter’s defeat in the US presidential election.

These days a lot of tourists visit this museum full of history and the pictures on the embassy’s wall attract them a lot and also Iranian people know that American people are very good and it is only the problem between these two government and we hope it will solve as soon as possible.