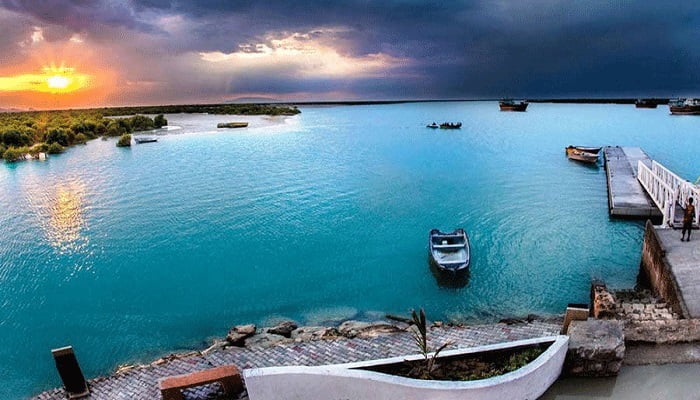 The south of Iran is full of surprises and Hengam Island is one of them. Staying on the Hengam island at the same time is one of the attractions of the island itself, and there is, of course, no one who can beat the silver coast of the island.

Hengam is a small island in the Persian Gulf two kilometers southeast of Qeshm Island. This small island with its very simple appearance hosts you to the best of your life. Your first enjoyment of this trip is sailing in the waters of the Persian Gulf and the memory begins right from the beginning. The island has three villages at the time: old, new (Mashi) and Ghil. Knox Mountain, 106 meters high, is the highest point on the island. There is no fanfare on the island, there is no street and no car. The people are kind, simple and calm and make the hospitality the best they can. Everything here is ready to relax and create your most memorable memories. It’s a very small land that puts you in a different world; you just have to know which attractions to visit on the island.

The island was strategically and militarily important due to its location between the Persian Gulf waters and the proximity to the Strait of Hormuz and Qeshm Island, and foreigners paid particular attention to it. In the Safavid era, the Portuguese conquered the island, and the British also colonized the island during the Qajar era. The British government had adopted a politicized approach to the domination of the island; this government, at the time, knew our country and always emphasized the ownership of the Iranian state over time; The Iranian government was blocking this part of the country. The British presence was only part of the story at the time, and along with the presence of troops, a Wahhabi-oriented Arab and Sunni sheikh ruled the island. Even the Sultan of Muscat had his eyes on the island and visited it and tried to dominate it. The British government, on the one hand, emphasized Iran’s sovereignty over the island, and on the other hand, implicitly supported Sheikh’s disobedience to the Iranian government and the sultanate of Muscat’s interventions, and in various ways tried to oppose the sovereignty of the Iranian government. 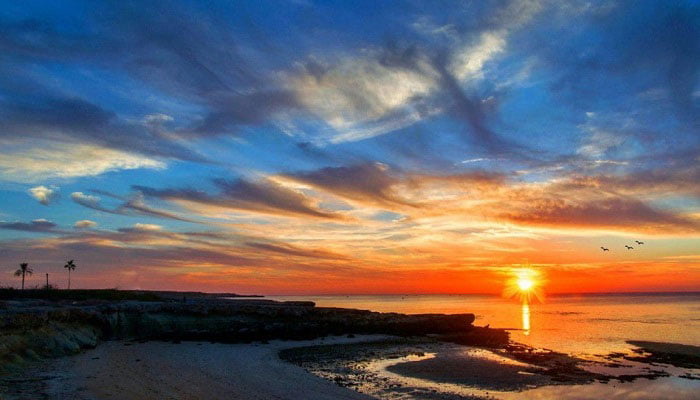 There is nothing better than spending a few minutes at the Persian Gulf always watching the waves dance. When surrounded on every side by this beautiful and, each piece looks special. The coastline is 50 km long and you will see a different image of the sea at every step. You can go to the rocky shores or choose the sandy beaches; in any case, you will be overwhelmed by the magnificent views of the Gulf. The Silver Coast is shaded by all the shores of Iran, so we refer to it as a separate case from other shores. There are some shiny minerals on the beach that are well-sanded and glisten on the beach. Many tourists go a long way to spend a few minutes on the beach and enjoy the glow. Of course, don’t be too keen on walking the Silver Coast, as they may block you from entering the island. There are restrictions on access to the beach following damage caused by tourist removal over the past few years. If you take a tour of the Qeshm Island and Kendall Port, you can board a boat along this beautiful beach and witness it. You don’t need to pay extra for these tours; in fact, by buying a Kendall boat ticket – when sailors can kindly show you everything they can to make a memorable trip for you. 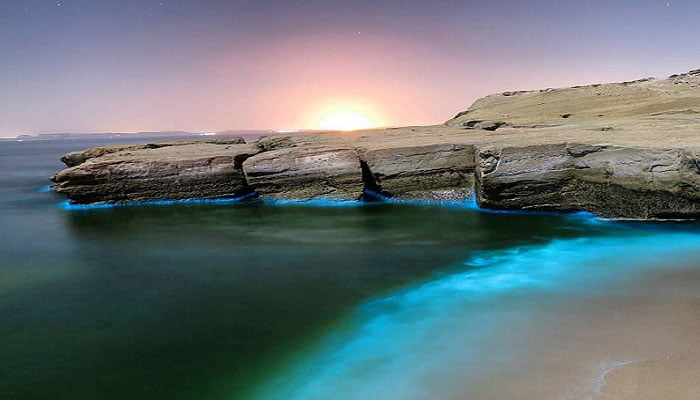 At certain times of the year, at night, the island’s beach takes on a magical look and the water turns bright blue. Such a phenomenon that occurs on the coasts of the Maldives and California and elsewhere in the world is due to marine phytoplankton. These tiny aquifers emit light when exposed to unstable conditions, making waves and beach sand look radiant.

If you think you can’t see the wildlife lovers, you can enjoy watching the following animals on this island and its surroundings: 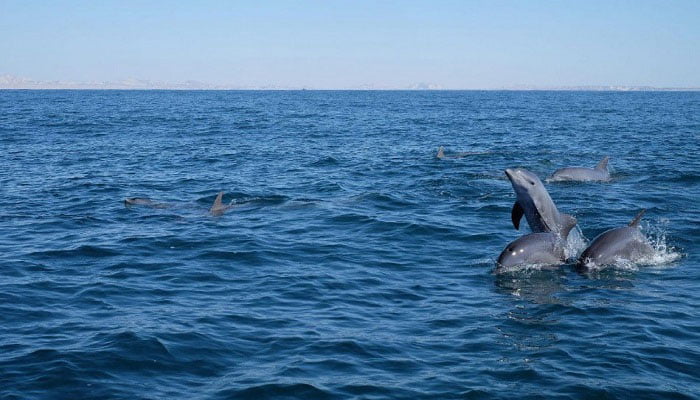 As the fall arrives, the Persian Gulf waters host new guests. In the middle of this season, dolphins arrive one at a time and stay in the area until mid-May. Smart dolphins go up and down in the water and launch a unique show. Tourists embark on boats and sail themselves into the sea, waiting only a few minutes for the dolphins to come to the surface and display the beauty of the free and liberated world. 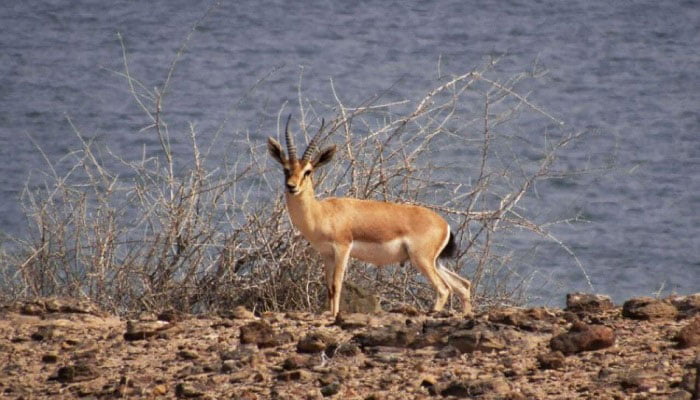 Jabir is one of the indigenous deer species of the Indian and Iranian subcontinent that is found in India, Pakistan, Afghanistan, and Iran, and most of the desert and warm regions are selected as their habitat. It is very much like a deer, but smaller in size and leaner and thinner. Unlike the deer with only male horns, both males and females have horns, and their ears and tails are usually taller than the deer. Jabir needs little water for life and provides the same amount of plants. The island is once one of the places where Jabir lives, but you should be lucky enough to be able to see it because it is extremely humanlike and can run at speeds of up to 80 miles per hour. 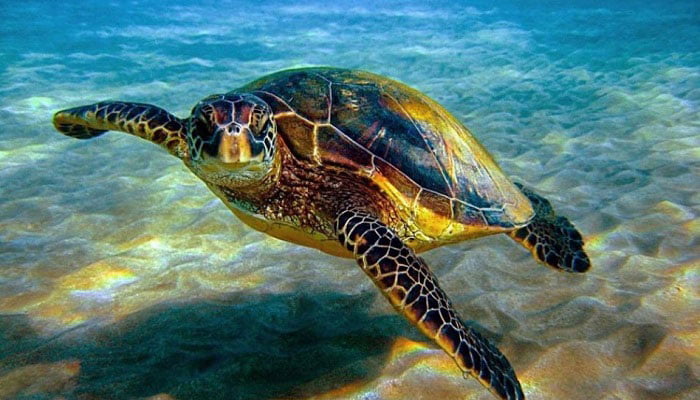 One of the valuable organisms you can see when you look at the turtle is the eagle snake, a rare and extinct species of turtle. It is one of two sea turtles found in the Persian Gulf and one of two species of sea turtle that selects the Iranian coast for laying.

Aquarium in the Persian Gulf 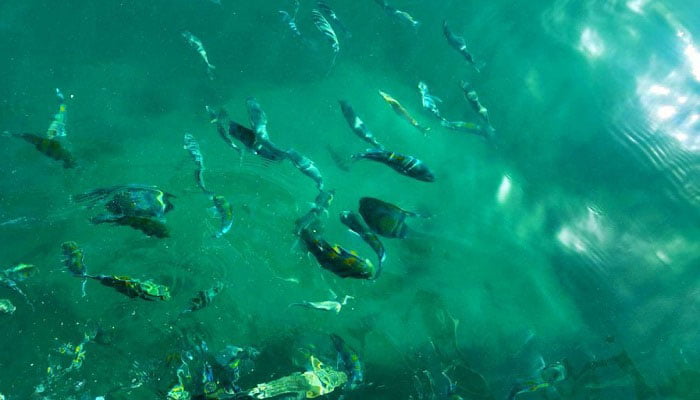 Around the island, there is a section known as the Aquarium, where you can see all the colorful fish. In this area, because of the high transparency of the water, the colorful marine organisms are easily visible and you just have to pour some food to them to jump and show some interesting movements. Of course, you should not forget the crabs that go up and down on the rocks.

Hormuz may have been famous for its red soil among the Persian Gulf islands, but it is not bad to know that this type of soil is found at Hengam island and is one of its attractions. The island has red mountains and red soil called gelak and is used in many industries. The ornamental stone industry uses the soil for construction of buildings and construction of the docks and other installations. People in the area also use the soil here to make a kind of jam known as a hole jam. 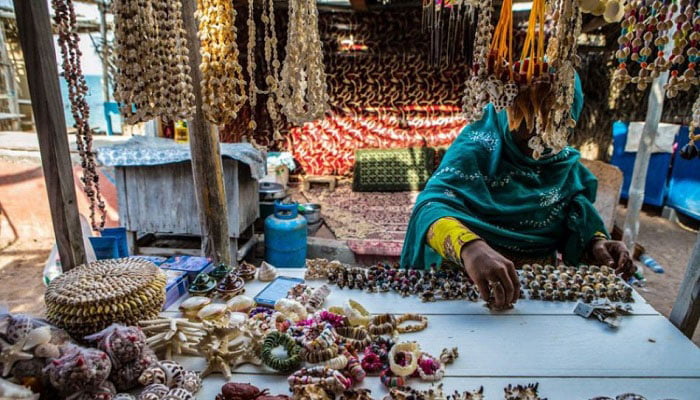 The Hengam bazaar is one of the most spectacular local markets in our country; it is made with local and local ingredients and there is a step by step color and smell of ancient island traditions. Sellers with colorful clothes and local glazes offer you the most beautiful handmade designs made from shells. The market is not only a place to shop but it also gives you the opportunity to meet local people and hears interesting stories about the sea. 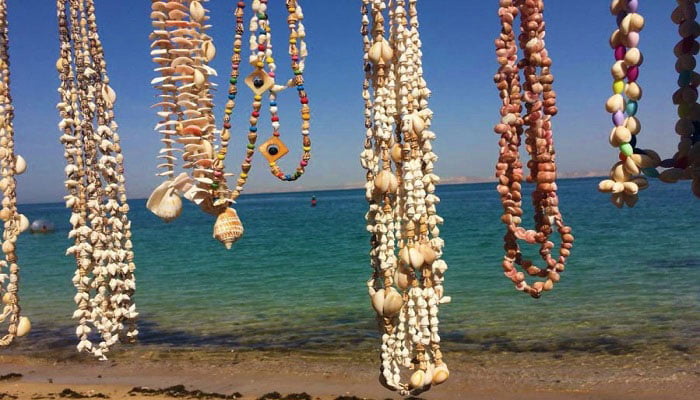 Near the village of Ghil in Hengam Island, there are rocks that look like humans, and this similarity has given rise to narratives about them. According to the people of this village, in the distant past, the mother and the girl give up their prayers and seek help from their Creator while fleeing the bullies. God also turns them into stones to be safe from danger. Today this stone statue has become one of the attractions of the time. 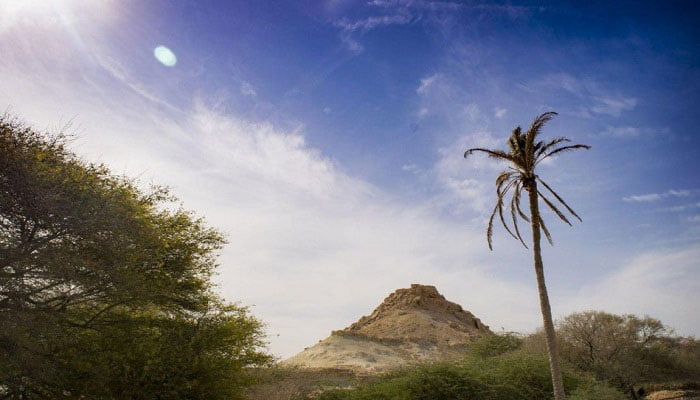 One of the notable attractions in the south of our country is the palm trees that have the palm trees in the sky. The Isle of Man also hosts these trees and its palms have a special beauty. These palm dates are mostly personal consumption, but some are marketed and found in the consumer basket. 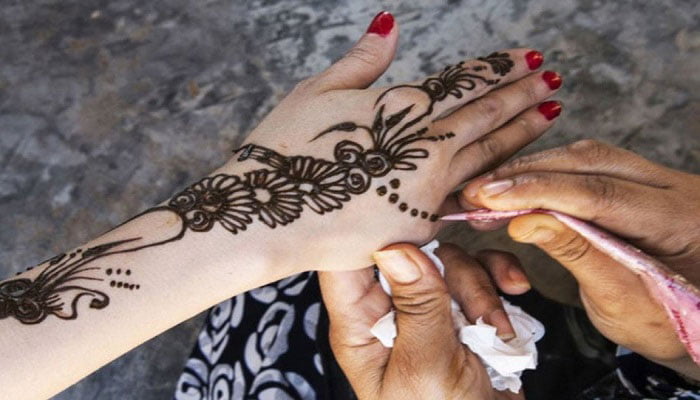 Close your eyes and lend your hand to one of the artists when you see the most beautiful role of henna in a moment. This is known as indigenous culture in native culture. Interestingly, all of these roles and illustrations are subjective and are all improvised. Note that the henna role on the first day is orange and gradually turns brown and stays on your skin longer if you keep it oily.

If you want to know more about the south of Iran Click Here.