History of the Iran flag

Iran Flag: Kavian flags are not fictions, according to history, before the Arab invasion of Iran, especially during the Sassanid and Achaemenid times, the Iranian flag was raised in the Kavian flag, However, it was not a mythical Kaviani. This is the first reference in the history of myth to the existence of the Iranian flag, which was used during Kaveh Ahangar’s uprising against Zahak’s oppression. At that time, Kaveh put his leather apron on a wooden head to lift people up against Zahak to gather people around him. Then the palace crushed the bloodthirsty ruler and showed Fereidun on the throne. Fereidun, after ordering the Kawa apron to be adorned with yellow, red, and violet trims and adding gem, called it a royal flute and thus became a “Kavian flute”. It is interesting to know that the first Iranian flag was yellow, red and purple.

After the Sasanians, every king who came to the throne would add some evidence to the flag. After the Arab invasion of our country, jewelry, diamonds and precious gems attached to the flag were looted and burned.

Iran 200 years without a flag

It is interesting to know that our country, Iran, did not have any flags or symbols after this raid. At that time, only Abu Muslim Khorasani and Babak Khorram Dean, the two national champions of the time, had flags. Since it was forbidden by the Islamic scholars to depict it, Abu Khorasani wore a monochrome black flag and Babak Khorram religion a red flag.

The first emblem of Iran 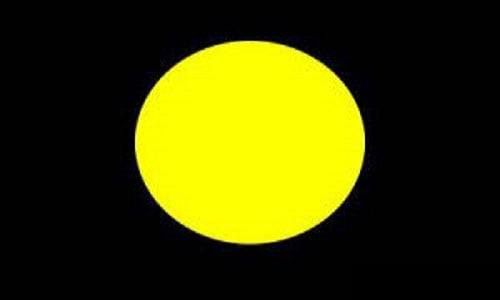 After Ghaznavids’ victory over the Samanids, Sultan Mahmoud ordered a moon stamp on the black flag of Iran at that time. After some time due to King Mahmoud’s great interest in hunting lions, the role of the lion was added to the flag of our country and it was on the flag until the victory of the Islamic Revolution in the year.

The oldest known lion and solar flag date back to the year 1423 during the Timurid period. The flag is depicted in a miniature of Shamsuddin Kashani’s Shahnameh (a system of Mongol inoculation). This miniature depicts the Mongol invasion of Neyshabur. Soldiers display a lion’s flag bearing the lion’s and sun’s flag along with another lunar flag.

Flag in the Safavid period 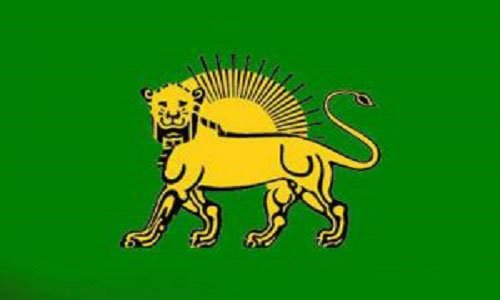 The most important flag of the Safavid era

Among the kings of the Safavid dynasty who ruled Iran for about 230 years, only King Ismail I and King Tahmaseb had no lion and sun on their flag. The banner of King Ismail was a green head with the image of the moon on top. King Tahmasb, being born in April, ordered the painting of the sheep (the symbol of the carriage) on both flags and coins instead of lion and sun. The flag of Iran was green during the rest of the Safavid era and the lion and sun were emblazoned on it. Of course, the position and the position of the lion in all these flags were not the same; the lion was sometimes seated, sometimes a profile and sometimes a viewer. In some cases, the sun is separated from the lion and sometimes attached to it. 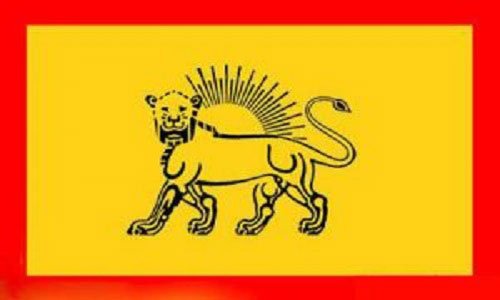 The royal flags were made of red and yellow silk during Nader Shah’s time and there were a lion and sun image, but the Iranian national flags of this time were three green, white, and red with milk in profile and walking. It had a semi-raised sun on its back, and it was written inside the circle of the sun: “Almak Allah”. In rare depictions of his battle with Indian King Mohammed Gorkani, Nader’s troops wear white triangles with a green band at the top corner and a red band at the bottom. On this basis, it can be said that the tricolor banner is the rare mother of the current Iranian tricolor flag because it was at this time that these three colors first appeared on military and national flags. 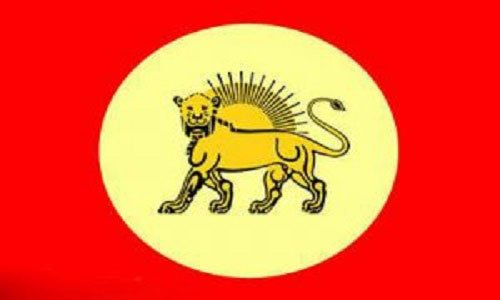 During the reign of the Qajar dynasty, during the reign of the Qajar dynasty, a number of fundamental changes in the shape and color of the flag were made, one of which was first changed from three corners to four corners, and the second to the fact that Ahmad Muhammad Khan had a rare encounter with three Green and white and red picked up the rare flag, leaving only the red on the flag. The white circle was a large color in the banner with the usual image of the lion and the sun. The difference is that for the first time a sword was placed in the hand of a lion. In the Fath Ali Shah Qajar era, Iran had a double flag. One was a whole red banner with a lion sitting on it and the sun on its back covering its rays.

Amir Kabir and the Iranian flag 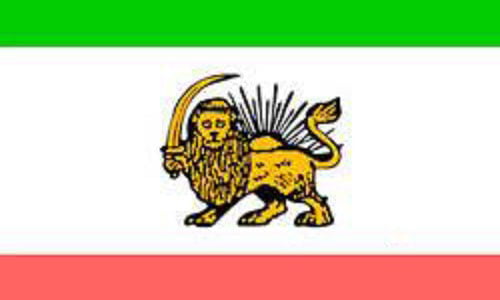 Mirza Taghi Khan Amir Kabir, the great man of Iranian history, had a special attachment to Nader Shah, which is why he consistently advised Nasser al-Din Shah to read the narrative of Nader’s life. Amir Kabir accepted the same colors of the rare flag but ordered the shape of a rectangular flag (unlike the three corners of the Nader Shah era) and across the white flag field, with a green stripe approximately 10 cm wide in the upper corner and a red ribbon the same. Sew the size at the bottom of the flag and place the symbol of the lion and the sun and the sword in the middle of the flag without placing a crown on top of the sun. The Iranian flag thus became almost the shape of the modern Iranian flag.

Flag after the Islamic Revolution 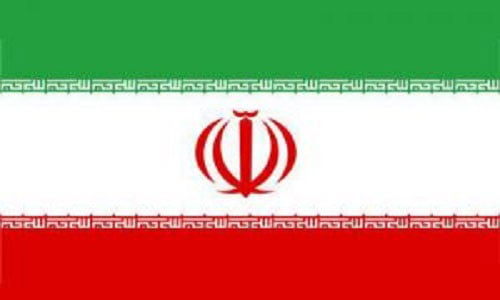 The current emblem in the Iranian flag is the Islamic Republic’s emblem, which has its official interpretation. In short, however, the emblem represents the word “Allah” and the Islamic slogan “La Allah El Allah”, which is painted on the white flag. Also, “Allah Akbar” is written in white on the day of the Revolution on the day and also wrote 22 Allah on the lower margin of green and the upper margin of red.