Everyone has a different way of having fun; for some, fun is summed up inexpensive trips, and some like to spend their leisure time with family and friends at the cinemas and restaurants. Among the many fun and entertaining activities, walking around in the open air, picnicking and eating out of a homely environment are some of the most popular Iranian entertainment. The talk of amusement and reminiscence in the capital comes to mind, with a captivating north-west promenade, a beautiful and steady mountain, a river that is more than ever buzzing. The city is surrounded by trees that provide you with the pleasure of nature in the metropolis of Tehran. He is not familiar with the old and young band, perhaps it can be said that every Tehrani of all ages and social classes is well acquainted with this name and goes to the world of memories upon hearing Darband. 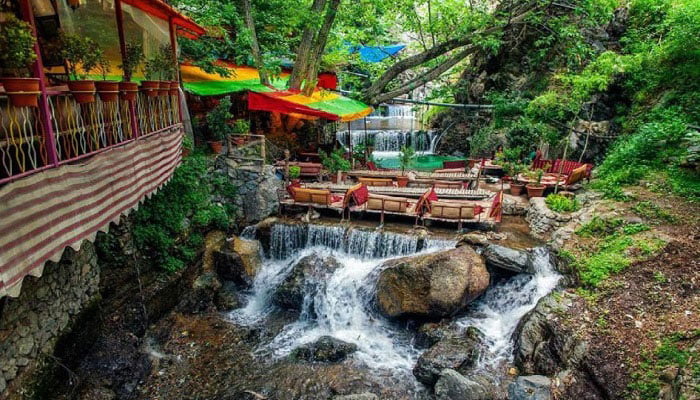 Darband is part of the Shemiranat area and the date of formation of this neighborhood is influenced by Shemiranat history. It is said that for the first time two people from Taleghan (Qazvin area) moved to this area, formed a family here and laid the foundations of the Darband neighborhood. The Darband neighborhood dates back to 200 years ago, and it is said that the famous Shater Garden was built 100 years ago. It is good to know that the old geographical area of the neighborhood has not changed much, and you are walking around in the closet almost to the same old neighborhood. Due to its good location and good climate, Darband has long been the focus of elders, rich people and various kings, many of whom used this bungalow for summer recreation. This led to little attention to the gate and the surrounding natural environment and the construction of palaces like Saadabad next to it. Among the historic buildings that existed in Darband, one could mention a bathhouse and a number of storerooms in various houses.  The aqueduct was located in the neighborhood whose water was flowing toward the Darband and Saadabad palaces and still exists today. In addition, there is a Takayeh (Hussainiyyah) and two 200-year-old mosques still present in the neighborhood, dating back to Darband. There are also two historic cemeteries in the neighborhood that show the region’s distant past.

Why is Darband so popular and is Tehran’s first choice for fun in the north of the capital?

The answer to this question goes back to the atmosphere and the atmosphere that is close to the coolness of the river, the warmth of the presence of people, fellow citizens and friends, and nowhere else than in Tehran. In addition, the presence of old houses left behind in the past, neighborhood-dwelling people, donkeys carrying villagers and shopkeepers all add to the charm of this beautiful promenade.

Darband’s nights are more beautiful than many days. Many Tehranians prefer sunsets and Darband’s nights for sightseeing, where the lighting of the lights is spectacular. lights that multiply the color and glaze of grocery stores and trails, lights that fill the restaurant and diner with the sunset, the quiet whisper of water and the warmth of commuting, the wild experience from the nights in the area you are offered.

For many, the main recreation that captivates them is the delicacy and variety of delicacies offered here. Enjoying popular and delicious food in a clean and refreshing atmosphere, along with an eye-catching view with friends and family, is an opportunity that can never be more easily achieved elsewhere in Tehran. 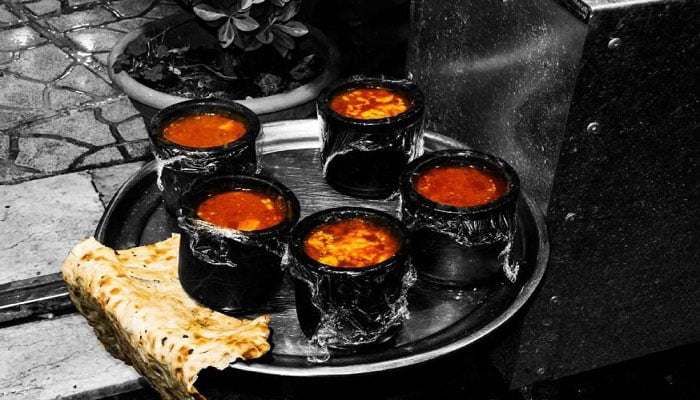 One of the most popular places in Darband, its various restaurants have different menu styles. Where you can sit in the open air in the style of old Iranian and Tehrani houses, sit on the bed while enjoying the sights of traditional Iranian cuisine, or if you have a craving for seafood or Italian, you can enjoy menus Various restaurants order your favorite food and combine the taste of the fast food with the Iranian environment. It should be noted that the cafeteria restaurants only operate until 12pm and do not serve customers afterward.

With the rise of cafes and their rapid growth in Tehran and other Iranian cities, Darband has not lagged behind, and besides restaurants and cafes, it has devoted part of its deliciousness to this new type of food and drink.

Occasionally, heads and vanes and cars can be found in Sarband Square which offers customers a different form of street food. Delicious toast product with hot chocolate that gives a different taste to the truffle. Alongside this delicious eatery, a new type of street food, small kebabs and barbecues are abundantly available for those looking for a traditional taste of Iranian food. Just head up the cobblestone path upstairs and make yourself a guest of a small banqueting barbecue. 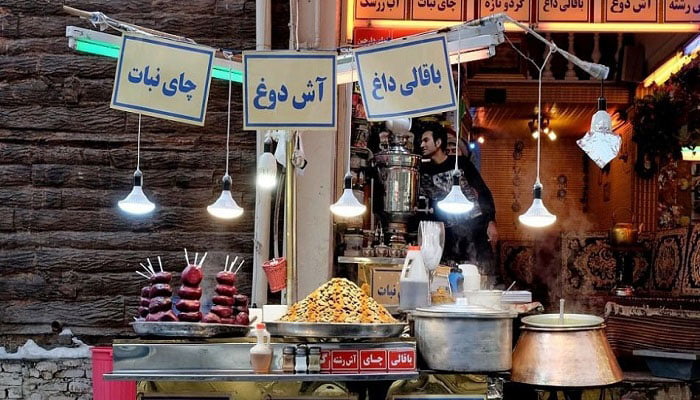 Your first exposure to food and snacks in the area are snacks that light up in shops and carts of varying colors and flavors and invite them to a small party of delicious food. Thick layers of Lavashak, plum and almond varieties along with Labo and Beans carts in the fall and winter, and a summer-and-autumn cider sale complete the delectable wraps and snacks. 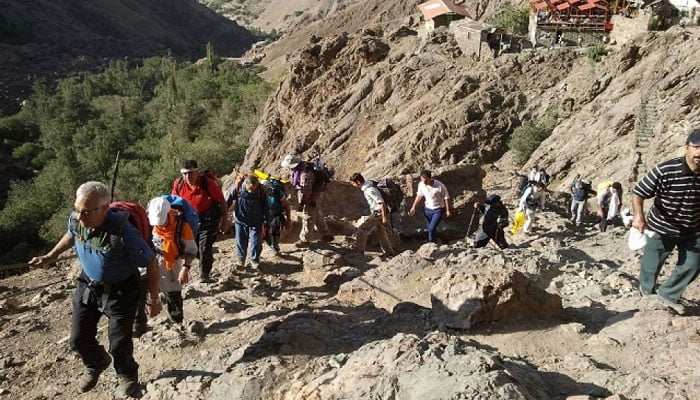 Among the popular destinations in the capital for picnics, the Darband neighborhood and its natural and mountainous attractions. Most of the people in Tehran are packed with loads of delicious food to the north of the capital on weekends and holidays, capturing spectacular scenery using cable cars or long walks. If you do not want to use the cable car to get to your destination, you can choose the spiral path through the crowded restaurants, taverns, and cafes to reach your destination. It is good to know that the route is steep in some places and crosses the river.