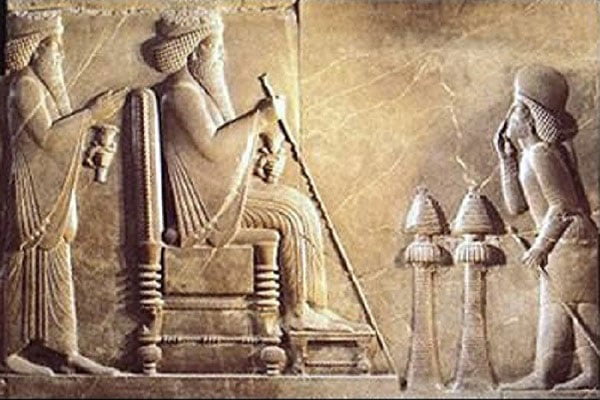 Before Islam, It is divided into three parts:

History of Iran before the Aryans

The largest civilization in the history of Iran was the Elamite government, whose land was in southwestern Iran and more or less in accordance with Khuzestan. The capital of Ilam was the city of Susa, where traces of them have been found. The various divisions in the Elamites had separate governments, each with its kings. These four regions were Avan, Anshan, Simesh, and Susa. The Elamite state has often been at war with most developed Mesopotamian states, namely the Sumerians, the Akkadians, the Babylonians, and the Assyrians. This government became one of the largest powers in the region during the period of Iran’s history. The city of Susa at this time was also rich and glorious. The Elamite language was one of the three languages in which the royal texts of Iran were written.

The migration of Aryans to Iran

The Aryans are a large branch of the white race whose original land was probably north of the Black Sea and the Caspian Sea to the banks of the Seyhon and Jeyhun rivers. They later moved to Europe and some to Iran and India. As a result, Asian tribes and their languages are called Indians and Europeans. Aria means honorable. The Aryans of India and Iran were divided for a long time, and after a long time they separated, and until they separated, they had myths and social organizations and a common language. When the Aryans reached the plateau of Iran, the first oppressed the indigenous peoples, but then used them. After entering Iran, the Aryans were divided into different tribes, the most important of which were the Medes, the Parthians, and the Persians. The name of Iran is derived from the name of the Aryans and means the land of the Aryans. 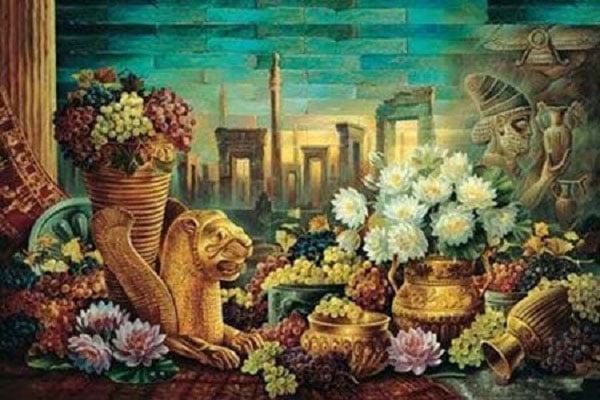 The history of ancient Iran is considered to be the period of the formation of the Medes until the end of the Sassanid  and the Arab invasion of Iran.

The Achaemenid ancestor of this dynasty took control of the Persian tribes. After his trial, his son became emperor in the region of Anshan (east of Shushtar). They later made Pasargadae their center. By the time of Cyrus III (the Great), six kings ruled the dynasty.

After Alexander’s death, his conquests were divided among his generals, and most of his Asian possessions, of which Iran was the core, reached Seleucus I. Thus, Iran came under the rule of the Solukian.  They ruled a large part of western Iran for eighty years, but there was almost no peace in their territory. After a while, the Parthians expanded their influence and eventually succeeded in destroying the Solukian, and since the first Parthian king was called Ashk, the Parthians named the dynasty.

The Ashkanids valued the Greek civilization that had developed in the Solukian period in Iran. Some of the Parthian kings were well acquainted with Greek literature, and some Greek plays were performed in the court of the Parthian kings. At that time, there was a parliament called Mahestan, which itself was composed of two parliaments, one was the aristocratic parliament and the other was the “wise parliament”, which had a consultative aspect and did not have much influence in affairs. During this period of Iran’s history, animal husbandry, agriculture, and trade flourished and slavery flourished. Their religion was the religion of Zarathustra and also the worship of their ancestors. Other religions were free. Ashk 22 (First Blash) was the one who collected the Avesta. Their language was Middle Persian, and because of their extensive contact with the Romans, the Roman language and civilization also influenced their court. Their calligraphy was slow and Greek phrases were engraved on some of the coins. Among the works of this period in the history of Iran is the Anahita Temple in Kangavar, the ruins of the Kangavar Temple, and prominent reliefs from the Mehrdad and Goodarz periods in Biston.

The Sassanid emperors, originally from Pars province, dominated much of western Asia. The Sassanid capital of Ctesiphon was near Baghdad in present-day Iraq. The Parthian dynasty became extinct by the first Sassanid Ardashir. He founded the Sassanid dynasty, which continued in Iran until 652 AD. The Sassanid government was a national government based on the Iranian religion and civilization and gained a lot of power. During this period, the wars between Iran and Rome continued.

History of Iran after Islam After the establishment of Islam in the land of Iran, which took place as a result of the victory of the Muslim Arabs over the Sassanids and their conquest of Iran, many changes took place in the social, religious and political spheres in the history of Iran. Muslim domination of Iran was not easy. Cities soon accepted Muslim domination, but the villages simply did not accept their rule. The eastern parts of Iran, as well as Tabarestan and Gilan, were captured by the Muslims later than in the western regions. They were forced to conquer a place many times. Dissatisfied with the class discrimination in their country, the Iranians embraced Islam and tried to spread it, but never in the history of Iran did they hide their opposition to the domination of the Umayyads and the Abbasids on Iranian soil, and formed the independence movements that formed. Governments such as the Taherians (826-881 AD) and the Saffarids (863-903 AD) can be counted among their results.

For the first time in the history of Iran, after the rise of Islam, the Taherians made the eastern regions of Iran, such as Khorasan, independent, and the Saffarids first used a foreign language instead of Arabic. From the Samanid period (819-999 AD), a new Persian script emerged and the Arabic alphabet became popular with the Persian language.

After the conquest of Shiraz and the establishment of their rule, the rulers of Al-Buwayh (1055-945 AD) captured Baghdad and turned the caliphate into a tool in their hands and took real power in their hands. The Ghaznavids (1186-977 AD) introduced themselves in the history of Iran as Ghazians or Muslim warriors and invaded lands such as India.

The Seljuqs (1194-1038 AD) established their rule by defeating the Ghaznavids and took control of all of Iran, consolidating their power with the help of great Iranian ministers and scientists, but were eventually overthrown by the Khwarezmshahis. The rule of the Khwarezmshahis (1077-1231 AD) was another government in the history of Iran that began with the Mongol invasion of Iran. The result of this invasion was the extinction of the Khwarezmshahian government and the looting of cities and the massacre of the Iranian people, which was accompanied by the destruction of Iran’s economy and agriculture.

The Mongols quickly occupied Iranian territory and destroyed the Islamic Caliphate during an expedition to Baghdad and the assassination of the Abbasid Caliph (1228 AD). After the Mongols, the Timurids (1506-1370 AD) invaded Iran and once again invaded the land of Iran.

From the Safavid period (1732-1501 AD), for the first time in the history of Iran, the Shiite religion was introduced as the official religion of Iran. With its political and social characteristics, the Shiite religion led to the unification and independence of Iran, and its national identity was preserved in the face of the deadly invasions and blows of the Ottoman Empire. During the reign of Shah Abbas, the Great, the city of Isfahan was chosen as the capital of Iran and reached the peak of greatness and glory, so that many relics from that time to the present have survived. The Safavids were removed from the pages of Iranian history as a result of the Afghan invasion and occupation of Isfahan.

Nader Shah Afshar defeated the Afghans and established the Afshari dynasty (1734 AD) while dominating all of Iran. After the Afsharians, the Zandians (1750-1796) relied on Erica for power, and during their reign the city of Shiraz was chosen as the capital and became a magnificent and large city.

The Qajar period (1924-1779) was one of the periods in the history of Iran when the influence of colonial powers such as Britain and Tsarist Russia developed in Iran. And they separated Khorasan from the territory of Iran. The result of these developments was the emergence of movements such as the tobacco uprising, constitutionalism, the forest movement, and the Mohammad Khayabani uprising in Iran.

In 1924, Reza Khan came to power and announced the establishment of the Pahlavi dynasty. During the Pahlavi period, the Iranian oil industry was nationalized under the leadership of Dr. Mohammad Mossadegh, and this issue paved the way for independence uprisings that eventually led to the Iranian Revolution in 1978.