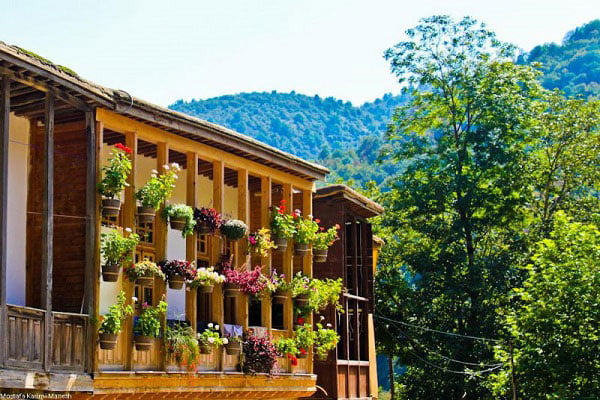 Masouleh is a city in the northern part of Iran and the capital of Sardar-e Jangal District, in Fuman County, Gilan Province. Iran historical names for the city include Masalar and Khortab. It was founded in the 10th century AD. About 800 people currently live in the village. The native language of Masouleh’s inhabitants is Taleshi, a language is spoken by fewer than a million people around the western and southern shores of the Caspian Sea.  Although it has been written that the community was established around 10AD, the province of Gilan has a long history. The first village of masuleh was established around 1006AD, 6km northwest of the current city, and it is called Old-Masouleh (Kohne Masule in Persian). People moved from Old Masouleh to the current city because of pestilence and attacks from neighboring communities. This beautiful complex remained from history with traditions, manners and customs, handicrafts, and many natural and historical sites are the host of thousands of eager guests and travelers every year. 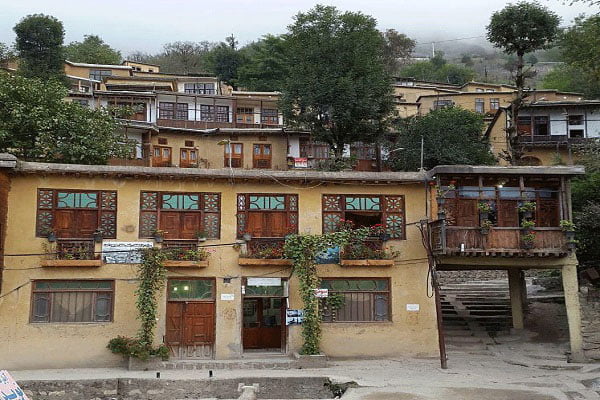 Masouleh-Rood-Khan is the river passing through the city, with a waterfall located just 200 meters away from the village. Many other springs are found around Masoule, that totally have created a beautiful and eye-catching natural landscape. Mountains of Masouleh enjoy some mines such as iron, quartz, china root, zinc, and Galena. In the time of King Fathali Qajar, the existence of these mines caused to make cannons of Iranian artillery in Masouleh. 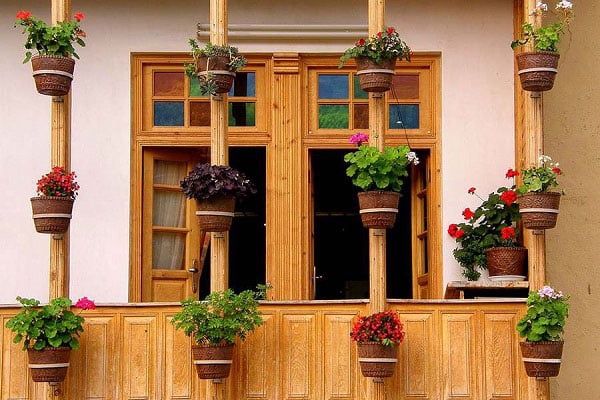 Masouleh architecture is unique. The buildings have been built into the mountains and are interconnected. Courtyards and roofs both serve as pedestrian areas similar to streets. Masouleh does not allow any motor vehicles to enter, due to its unique layout. It is the only city in Iran with such a prohibition. However, the small streets and many stairs simply wouldn’t make it possible for vehicles to enter. The spectacular architecture of Masouleh is probably known as “the yard of the building above is the roof of the building below. “The staircase order of the buildings makes the architecture of the village so distinctive. The most public passageways are the rooftops of the other houses. As an example, when you are walking through the alleys, you are concurrently walking on the roofs of the other houses. Between these houses are the narrow, meandering step that leads to the upper level of the city. Given that those old houses are mostly made out of clay and wood, it is truly amazing that the roofs can also serve as sidewalks and walkway. 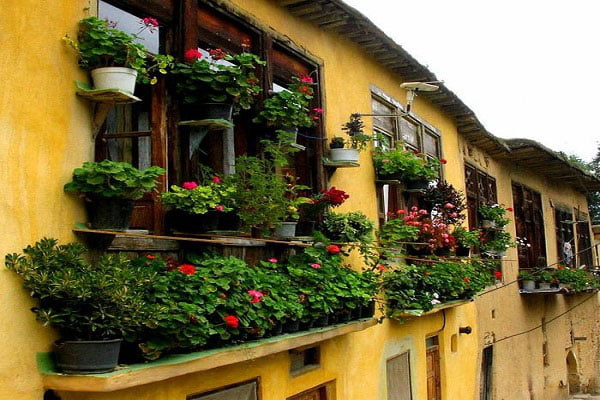 Buildings are mostly two stories (first floor and grand floor) made of adobe, rods, and bole. A small living room big guest room, winter room, hall, WC and balcony are usually found on the first floor. A cold closed, barn and stable are located on the floor below, which are connected to the upper floor by several narrow steps inside the building.

There are some kinds of special flowers that grow just in Masouleh. People put these beautiful flowers in a vase and use it as the decoration of their houses. These vases of flowers make the whole city very attractive and beautiful. Yellow clay coats the exterior of most buildings in Masouleh, this allows far better view visibility in the fog. 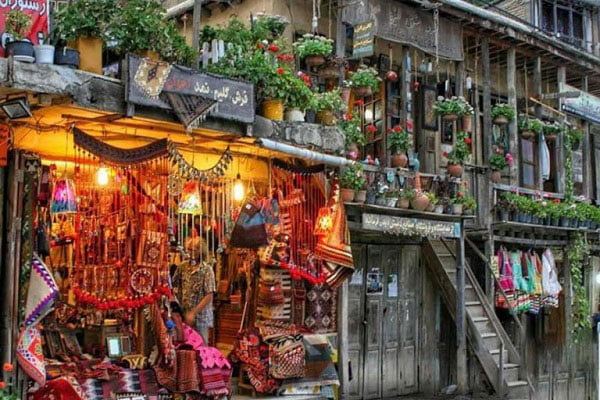 Apparently, downtown is the market (bazaar) area. Products such as Kilim (rug made of goat’s hair), Jajim (a carpet made of wool or cotton), Chamush (traditional shoes), clothes, Knives items sold at the bazaar. In the market are blacksmiths, knife-making shops, bakeries, grocery store and shops selling knitted dolls, colorful handmade socks and other handicrafts. Different parts of Masouleh have small, traditional coffee shops that host tourists with tea and tasty local bread and local food like Mirzaghasemi, Baghlaghatogh, and Torsh-e tare. they are really delicious and worth trying. This thousand-year-old village resembles an anthropological and architectural museum.

There is also the main mosque of the city, named “O-ne-ben-ne Ali” built in 969AD. This beautiful shrine has an octagonal structure and the door made of ebony is carved with impressive designs. Inside the shrine is a 1200-year-old inscription with verses from the Holy Qur’an. And the biggest mosque in Masouleh is the Jameh mosque, where people gather to perform their daily prayers. Masuleh village is perched high on a densely forested mountainside about 60 kilometers inland from the Caspian Sea. Due to its location, the climate of Masouleh village is different from much of Iran. Warm, moist air blowing southwest from the Caspian is blocked by the Elburz Mountains, creating heavy precipitation and fog on the seaward side of the mountains. Further inland, the landward side of the Elburz receives very little rainfall and rapidly becomes arid. Masoule is located about 1,050 meters above sea level, but the range of elevation varies by over a hundred meters in the village.