Polo is one of the ancient Iranian sports that has become a global sport today. This sport is known as the game of kings due to its popularity among kings and nobles. The name polo is derived from the name of the wood used. The game originally had a military and war title, and Iranian riders showed off the talents of their war horses.

Today, more than 77 countries hold polo competitions and special programs. Polo is also one of the sports that was played as a sport in the World Olympic Games from 1900 to 1939 and is now recognized by the International Olympic Committee as one of the world’s sports but it is not very popular in its birthplace Iran. 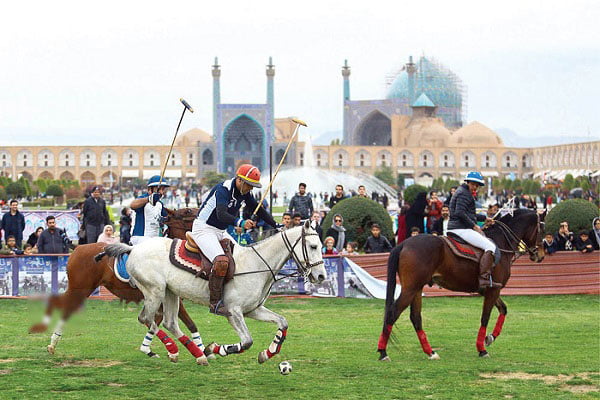 This game was formed in Iran around 600 BC and was played during the Achaemenid period. The polo became popular in India at the time of Darius I. Also, in the Sassanid period, it has been a part of the cultural game in this period. Roudaki is the first poet to speak of polo after Islam, and Ferdowsi repeatedly mentions it. Famous poets, Saadi, Hafez, Naser Khosrow and Maulana also mentioned polo. After the invasion of Iran and when Mongols became acquainted with Iranian culture and art, the Mongols also learned to play polo and spread throughout their vast empire. That is why East Asian countries tend to polo. This period is considered as the most serious period for polo to leave Iran.

Polo flourished during the Safavid period.

Historical documents show that Shah Abbas was a polo player and even played polo in Qazvin, the capital of Iran, before coming to Isfahan. Isfahan’s Naghsh Jahan Square was also built for polo. The Europeans became acquainted with the game during the Safavid period and during their colonial rule in India, and British officers learned the profession of polo at the Calcutta Club and took it with them to England. In 1860, polo became popular in England.

Later, sports such as golf and hockey were developed, and the categories used in these games were the same as polo.  The game then travels to South America and becomes more popular, as polo is now played more in South America than anywhere else in the world and has many fans.

This sport has gradually been forgotten in Iran after the Safavids. Of course, in the Pahlavi era, polo was again considered in relation to Europeans, but it did not become as popular as it used to be. Today, more attention is being paid to this sport. Measures have also been taken to establish covered areas for women.

The polo has not been an exciting game, and it is quite a strategic game that requires the preparation of the rider and the horse together. The rider and the horse fought in the polo.  The horse escapes when confronted with an obstacle, but the polo horse moves toward the obstacle and puts itself in a position where the rider will ride the polo. The horse, which adapts to the open polo conditions on the field, is easily present on the battlefield. 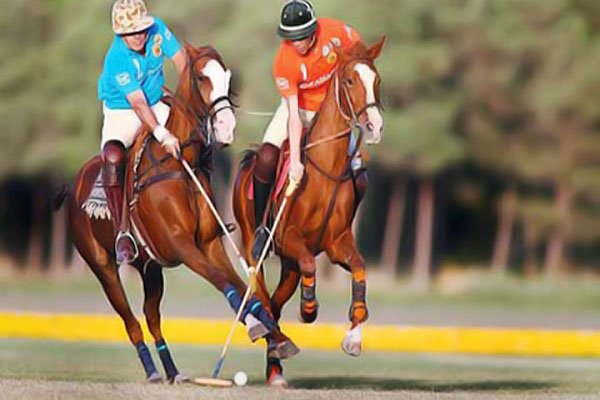 Polo is known by various titles such as “King of Sports” but you don’t have to be a king to be able to play polo. The facilities required for polo are not far off the mark, which is why the sport has become so popular in recent years. Skill in this game requires a combination of individual physical skills and riding skills. The game’s tactics are very similar to football and hockey. Speed, accuracy, physical strength and sharpness are essential to success in polo competitions.

Four people play in each team. The first person is an attacker and his job is to attack as well as help the defender. The second person is also an attacker, but his duty in defense is more important. The third player, usually the best player on the team, has the task of turning defensive moves into counter-attacks. The fourth is also a defender and has a duty to keep the ball away from the goal. Because polo is a fast-paced game, it is possible for the players of one team to be placed in different parts of the field that are related to the task of the other player. In this case, they have to perform the tasks of that player to return to their place.

Goal And Rules Of The Game

The goal of this game is to send the ball to the opponent’s goal. When the ball goes out from behind the goal, the ball is thrown to the attacking team, unless the team itself causes it to come out. In this case, the team will be awarded a free throw (from 84 meters from the exit). After each goal, the two teams exchange their ground and the referee places the ball in the center of the field. If the two teams are tied, they will be given extra time and the first team to score will be declared the winner.  When a player moves in the direction in which the ball is thrown, the lead is with him if (and only then) the ball is to his right. In this case, no opener is allowed to block his way, unless he is at a reasonable distance where there is no danger.

The polo game is judged by three referees. The commanders are riding horses to keep the game in hand. In case of agreement between the captains of the two teams, the referee can be assigned to two referees, but in case of disagreement between the two, the decision of the final decision is the responsibility of the third referee.

The Start Of The Polo Match

At the beginning of the match, both teams line up in the middle of the field and behind the midfield and get their own lineup. The referee then throws the ball at them from a distance of 4.6 meters and the game begins with the possession of the ball by one of the two teams.

Polo sticks have a length of 129 cm, the end of which is cylindrical. It is usually made of bamboo or light and durable wood such as persimmon wood. The diameter of the ball is about 8.25 cm and weighs about 141-127 grams. The ball is made of willow or bamboo. Of course, plastic and foam types are also used in training. 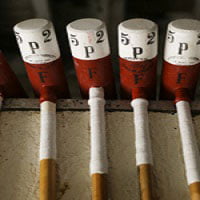 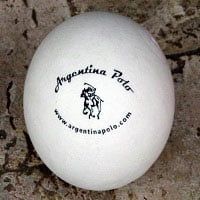