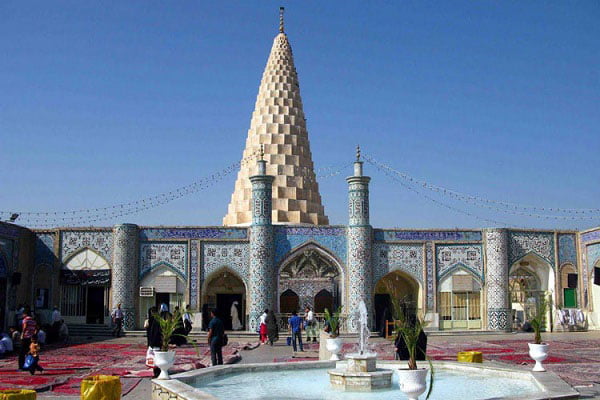 The tomb of Daniel Nabi is located on the east of the Shawar River and opposite the Arg Hill. The building has an Archin dome that looks like the oldest city in the world (Susa) because of its neglect.

The ancient city of Susa

The city of Susa is said to be the oldest city in the world, located in Khuzestan province, and was built about 4000 years BC as the religious center of the surrounding plain inhabitants. The city has been experiencing many years of boisterous life with days of victory and defeat, prosperity and record, prosperity and destruction. With the fall of the Achaemenid, it gradually declined, and in the Middle Ages, it completely lost its prosperity and became a small village around the tomb of Daniel the Prophet. Susa has been the center of this civilization for thousands of years during the Elamites and in the Achaemenid period the political capital of this vast empire. During the Sassanid period, Susa, along with Shushtar and Gandhi Shapur, was regarded as economic centers of production and export of silk around the world. When the center of Khuzestan moved to Ahwaz, Susa lost its significance. Due to its particular geographical and political importance and location, it was Susa who established many links, especially the Grand Road, to connect the city to various parts of the world.

Who is Daniel the Prophet?

Daniel is one of the prophets of the Israelites who lived in Babylon in the seventh century BCE, after which he immigrated to Iran with some Jewish people and settled in Shush, his descendant being the fourth son of Jacob’s first wife. The exact time of Daniel’s life is not known; it is thought that he was alive until the third year of Cyrus the Achaemenid. At about age 83, his body is buried in the east of the Shawor River (Shah Hoor, Shahpour) after being mummified. Other places in Iraq, Babylon, Egypt, and Samarkand, of course, claim the tomb of Daniel. Some writings claim that Timur Leng brought Daniel’s remains from Susa to Samarkand, which of course is only possible.

The Tomb of Daniel the Prophet 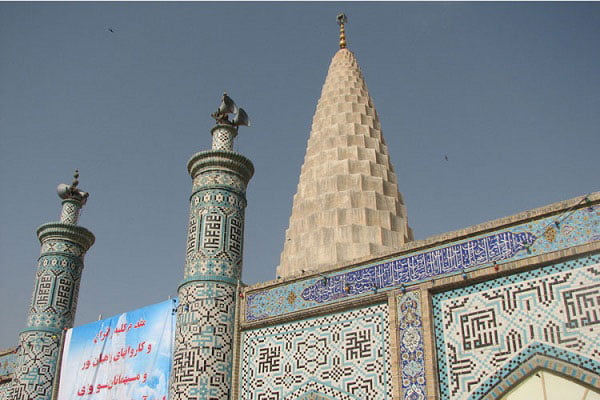 The tomb of Daniel the Prophet was erected in 1980 by the order of the Shiite cleric Ja’far Shooshtari and at the hands of the architect Haj Malahsin after the devastating flood of the same year that had destroyed the previous building. This place is one of the religious tombs with the Orcin dome and Iran’s unique dome. The dome has 25 floors and two shells. The dome is about 20 meters high and about 5 meters in diameter. One of the features of this tomb is the scale of humanity in its inner or parietal shell. The Dome of the Prophet Daniel was built in the Seljuk period, but it is clear that the architectural style of Ziggurat remains in the minds of the architects of that time. Dissociation of forces by parsley that ultimately leads to longer dome life is another feature. The outer shell has a symbolic urban function that can be seen from afar and from all parts of evil, even outside the city, covering the whole region like the sun. 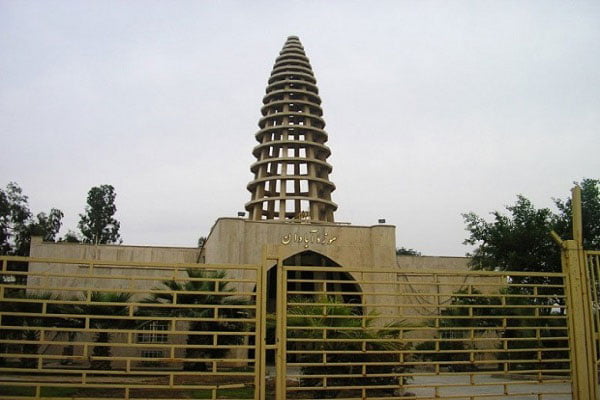 The building and dome of the Abadan Museum have been copied from the tomb of Daniel Nabi. To the west, the tomb is adorned with the Iranian tile, the Islamic inscription on which is the holy throne of Prophet Daniel. On the east side, there are two minarets on each side about 10 meters high. On the other hand, we can see how the architects of the southern region used the palm tree stem to build the dome. The stem of the palm tree is a steppe and is abundant in the south. (In some books Daniel the Prophet is remembered as the Prophet of the rain) Because the commander of the Islamic Revolutionary Guards sees the mummified corpse of Daniel after returning from war and the natives say to him, whenever we need the rain Let us remove the corpse from Alonak and it is raining by the will of God. After the prophet of Islam, the only prophet buried in front of the Kaaba is Daniel.  Daniel has a book called “The Book of Daniel” in Hebrew, consisting of three chapters that tell about the dreams, memories of life and dreams of Daniel, the book of Daniel also refers to the Last Savior, and the Shiites believe; At the time of the presence of Prophet Mehdi, accompanied him, who was the commander of their army, Daniel Nabi. The entrance to the tomb of Daniel from the east with two minarets about 10 meters high on either side. 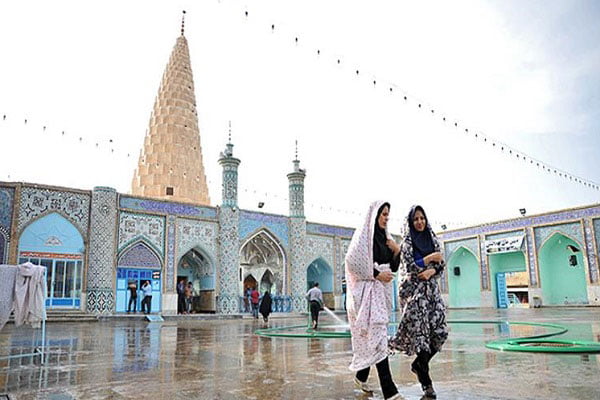 The shrine welcomes a large number of Muslim and non-Muslim pilgrims as well as Iranian and foreign tourists each year.