One of the attractions of Yazd is the peaceful coexistence of religions. This can be understood from the presence of various religious monuments in Yazd; in the heart of the city, the Yazd fireplace is a magnificent building and a few neighborhoods beyond, the Yazd Mosque is visible. The Zoroastrians have opened the door to this place to extend the opportunity to visit the Yazd Fire Temple, to extend a hand of friendship to the people and to display some of their cultures.

The fire temple is the name of a type of Zoroastrian worship where the fire is found in a special place and the most important religious worship, including reading the Avesta and the Gathas, takes place in front of the fire. Yazd Fire Temple is one of those temples built during the first Pahlavi era and is of great value to Zoroastrians. 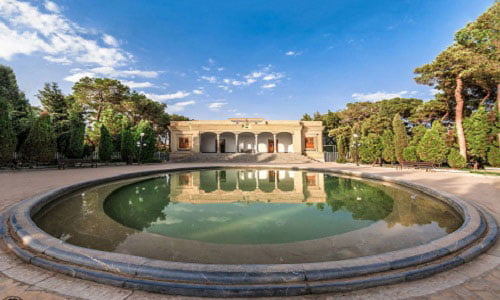 As you pass through the entrance door of Yazd Fire, you will see a pond that is right on the main building. One feature of the fireplaces is the presence of water next to them, which can be seen in the structure of all these buildings. From time immemorial, fireplaces were simple, glittering buildings, and there was usually no decoration in any of them. The Yazd Fire Temple follows the same principle and was inspired by the architecture of the Parsi Indian Fire and Achaemenid architecture, especially Persepolis. The main building of the fireplace is designed and positioned so that it can get the most out of the sun and thus retain a lot of energy. The supply of water required is a set of water from Anbar, Gaurav and Pakana (a stairway to the aqueduct) and the aqueduct that are all accessible. There are also old bathrooms and toilets in the complex area, making visitors familiar with the lifestyle of people 80 years ago. The main building of the fireplace is located in the middle of the courtyard on a platform 21 meters high and can be reached by 8 steps. The fire courtyard is always lush and the cedar and pine trees show off. In front of the main building are stone slabs and the walls are adorned with flower stones which are all the work of Isfahan artists. They shaved stones in Isfahan and then moved to Yazd. Upon entering the building, we see the walls adorned with Zoroastrian images and passages from the Avesta Bible, and shortly afterward our eyes light up into the Holy Fire. 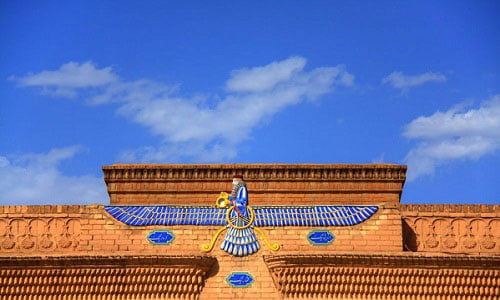 One of the most fascinating decorations of the Yazd Fireplace is the Farbehar Paintings which overlooks the entrance. Farbehar is one of the Minoan forces (the spiritual world) that existed before the creation of creatures, according to the Mazdisan (followers of the Zoroastrian religion), and after the death and destruction of them, the path to the universe goes up and persists. This force, which can be referred to as the essence of life, is immortal and will never fall. Every creature’s presence, before its material creation, is present in the Minoan world and, after creation, descends and accompanies it. After the death of any creature, its free rein returns to the lower world. Farbeharr’s painting of Yazd Fire Temple is a work of Yazdi tile artists with a special elegance and beauty. 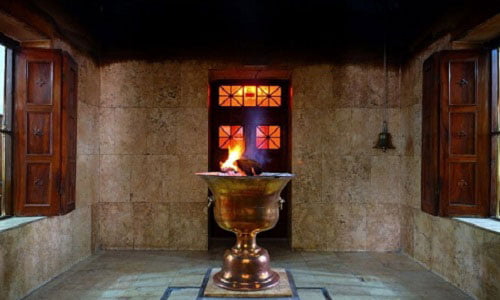 One of the reasons why this shrine is important to the Zoroastrians is the preservation of the sacred fire of Werraham, which is more than 1500 years old and has a great deal of sanctity among its followers. During the reign of the Sassanid kings over Iran, there were three fires that were more prestigious due to their high antiquity, and they were called “fire” meaning “fire of victory”. Azarfarbagh Fire Expedition in Karian Fars was one of the firefighters in Varham. The fire was brought to Yazd in the 10th century in order to escape the alien invasion and was housed in the great city fire, but it was destroyed in about 496 solar years. The Zoroastrians hid the sacred fire in a cave in the Ashked Mount of Yazdan – between Agha and Pars Bano – to be safe. This fire was kept in this cave for 30 years until it was moved to one of the Zoroastrian villages around Yazd and then moved from village to village for another 200 years in order not to be captured by the invaders. Reza Shah Pahlavi’s consent to the construction of the Yazd Fire Temple was also announced that this fire kept in here.