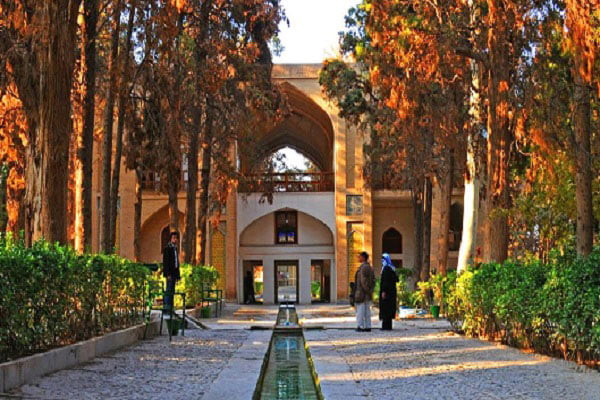 Fin Garden, or bagh-e fin, is one of the most beautiful and historical gardens that is located in Kashan, Iran and also it is registered in UNESCO world heritage site as a global monument.

History of the Garden 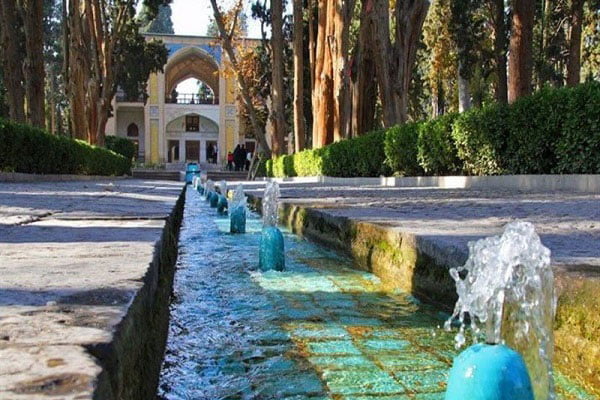 The fin garden is the oldest extant garden in Iran. The origins of the garden may be anterior to the Safavid period. The settlement of the garden in its present form was built under the reign of Abbas I Persia (1571-1629), as a traditional garden near the village of Fin, located a few miles southwest of Kashan. The garden was developed further during the Safavid dynasty, until Abbas II of Persia (1633-1666). It was highly recognized during the reign of Fath Ali Shah Qajar and was considerably expanded. The garden covers 2.3 hectares with a main yard surrounded by ramparts with four circular towers. In keeping with many gardens in Iran, the fin garden employs a great many water features. These were fed from a spring on a hillside behind the garden, and the water pressure was such that a large number of circulating pools and fountains could be constructed without the need for mechanical pumps. 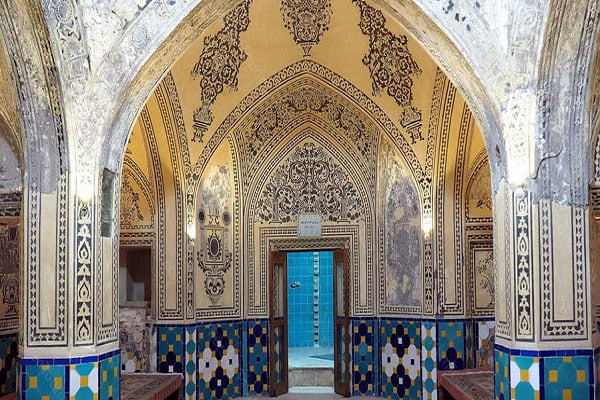 There are two baths in the Fin Garden. The small bath was built in the Safavid Dynasty (1501-1736) and the bigger one was built at the time of Qajar (1785-1925). They have different parts inside like Changing room (sarbine), hot chamber (Garm Khaneh), hot water pool (Khazineh) and fountain (Hoz). 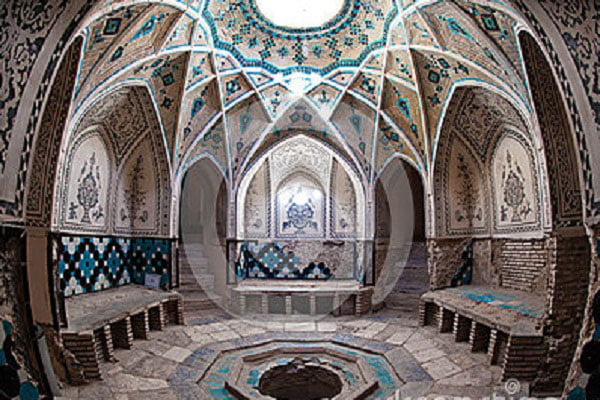 The bigger bath has the very special decoration. You can see the stucco work on the walls and it decorates with the turquoise and the blue tiles. This part is famous as the place where Iranian nationalist hero Amir Kabir was murdered. Mirza Taqi Khan, known as Amir Kabir, served as prime minister under Naser al-Din Shah from1848 to 1851. He was modernizer who instituted significant change, especially in the field of education and administration, but his popularity was not appreciated in the royal court and the shah’s mother eventually persuaded her son that he had to go. Amir Kabir was imprisoned in fin garden and eventually murdered in the bathhouse, though some say he slashed his own wrist. 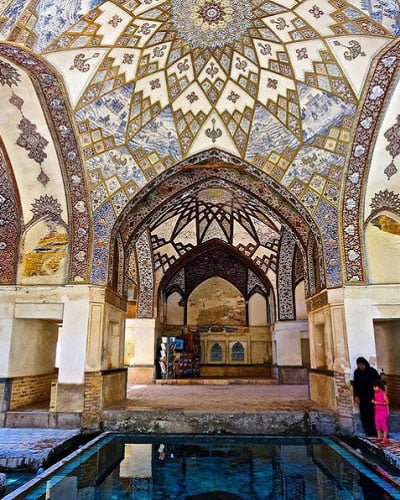 Due to his intense interest in Fin fountain and garden, Fath-Alishah Qajar ordered Kashan’s governor, Haj Hasan Khan Sadre- aazame Esfahani to repair and decorate the garden the best way possible. For this reason, Shotor Galou-e-Qajar was built on the southwestern side of the garden. The general structure of the Shotor Galou is in the form of the covered platform and Chahar-tagh (square dome). Its alcove has a basin house with water flowing in from its three sides and directed into garden vitalized brooks as well as beautiful jets of water. Additionally, one of the water inputs from Soleymanieh spring is at this spot. 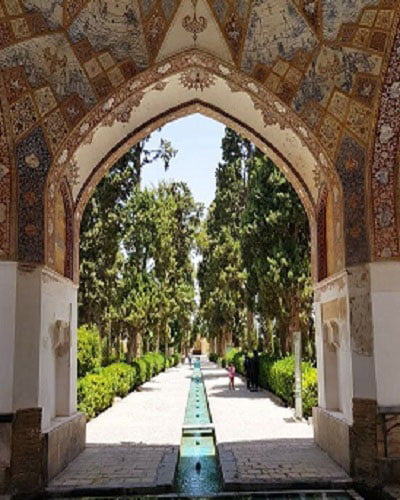 At the same direction as Qajarid shotor galou structure, a row of interconnected rooms has been constructed. In the middle of these structures, opposite the Hoz-e-Joosh, there exist a big room with symmetrical niches and stalactite works as well as sash doors. On its meshed doors and fretworks, colored glasses are seen with their healing effects mentioned in color psychology books much later. Now it is known that: green, blue and white colors have a soothing effect and show the room larger due to the optical illusion. Red, orange and yellow considered as warm colors and have an appetizing and exciting effect. Besides the mixture of red and blue colors generates a purple color that disrupts insects view.

Another location of water input from the spring is this basin which is on the southern side of the garden. It has 160 orifices. Half of the water inputs and the other half water outputs. Water going out of the Hoz-e-Joosh is directed toward the 12-jet water basin. The Hoz-e-Joosh has a unique engineering design. 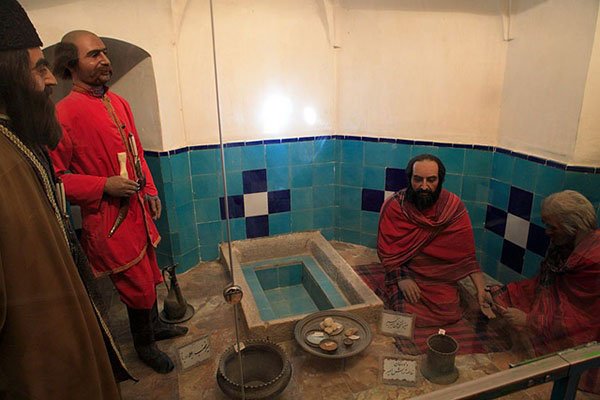 You can see the model that they just built inside and it is represented the death of Amir Kabir the prime minister of the Qajar dynasty one amazing thing about this site is the whole bath was warmed only with one candle and they didn’t use anything else.

Today, a lot of tourists come from all over the world and visit this amazing site.