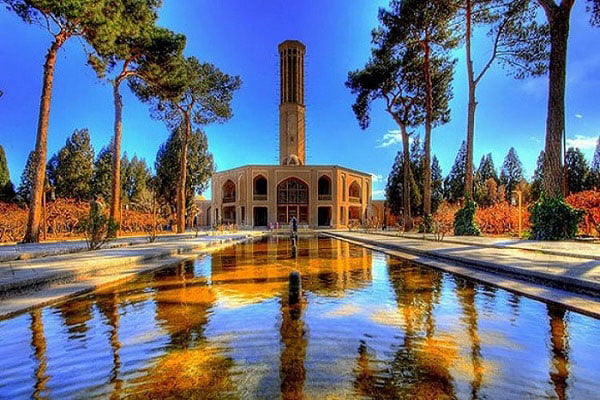 Dowlat Abad garden is one of the touristic areas which is located in Yazd province in Iran. This garden is a symbol of Persian garden and it is also registered as a UNESCO world heritage site. What is really awesome about this garden is you feel different weather in the middle of the desert. Many people know this building as a masterpiece of creativity.

The history of Dowlat Abad Garden

Dowlat Abad Garden, a jewel of Persian Architecture, dates back to 260 years ago designed and built in Mohammad Taqi Khan Zand era. The structural design of this garden, which used to be the seat of Khan (the provincial government), had been based on the movement of the rivulets throughout the garden. The pathway of running water forms the garden’s design. Most of its ruins, such as its Vestibule Building and its Badgir (wind catcher), have been restored.  Dowlat Abad garden is irrigated by an underground water shaft, given the same name. To create this garden and to supply its water, a 65-kilometer-long chain of Qantas (underground water channels) were dug from Mehriz to Yazd. 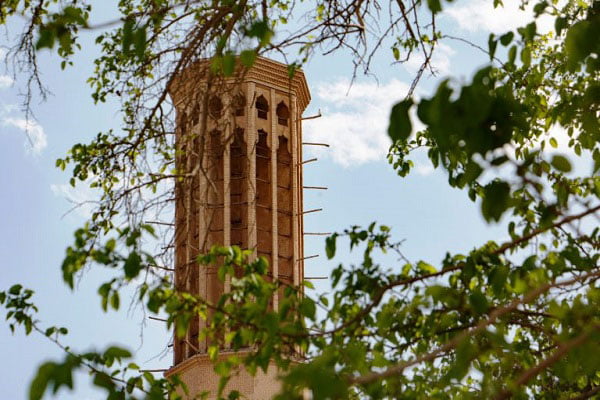 Dowlat Abad’s Badgir (wind catcher) is a fine piece of engineering, which shows the genius and ability of the architects of Yazd. The well-known windcatcher of Dowlat Abad with a height of 33 meters, is the tallest of its kind. This tall wind catcher can easily provide the cool air for the whole mansion. Doors of the main room are designed by colorful glasses through which a mesmerizing view of the garden and the courtyard can be viewed

once in Dowlat Abad Garden you can chill out on the grass to enjoy the sun, the breeze, or the ice-cold dry weather depending on the season. You can sip Iranian black tea at the local café or have a scrumptious lunch at the restaurant within the beguiling estate and have an unforgettable, relaxing day.

Whatever your intentions in the city, Dowlat Abad Garden is undoubtedly one of the city’s must-see spots.

There are a lot of trees in the garden like pomegranate, grapes, cypress and many others that make the garden more beautiful

This garden has different building inside that only three of them remain that they have all beautiful design and decoration.

There is a big rectangle pool which is surrounded by trees which is lead to the main building and also known as a garden. 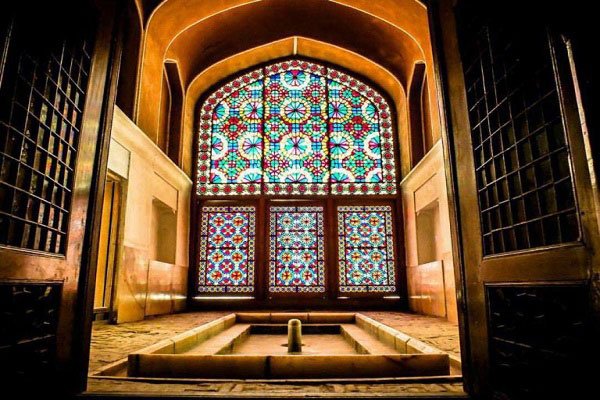 This part is the main part of the garden in the shape of an octagon which is located in the southern part of the garden. Here you can see the combination of water and wind which is lead to cooler weather and then you can feel in all parts of the building and this building is known as a summer building due to its usage. If you look at the ceiling of this part, you can see amazing architecture which is really eye-catching. 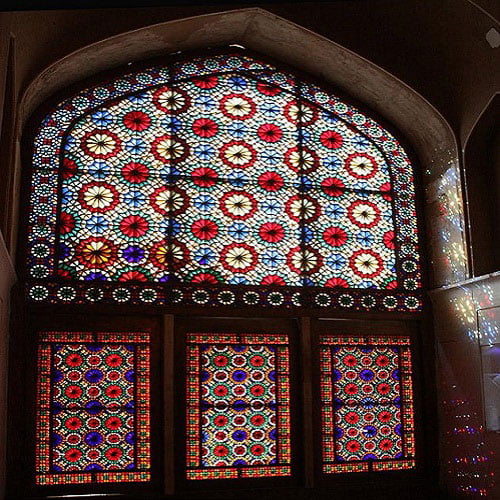 In the western part of the garden, there is a wonderful building with a circular ceiling above it which is called Tanabi Hall and with two rows of stairs in each side lead to the main hall.

In the southern part of Dowlat Abad Garden, in front of the Vestibule, there is a place with the name of Mansion that is surrounded by the fruit trees. 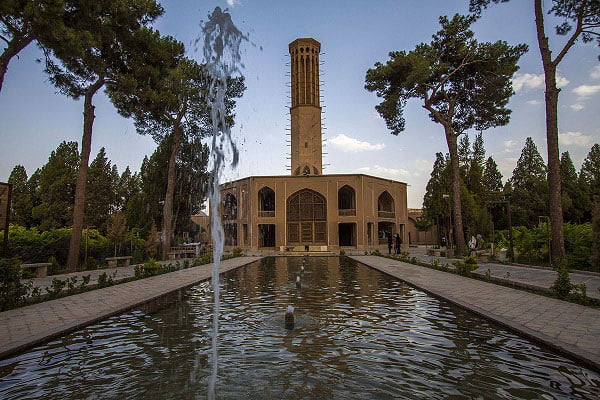 In the northern part, there is a small rectangle that was used for holding ceremonies and playing sports in the past.

This is the most important part of the Garden due to the traditional cooling system so even if in the time of the drought there was water inside the garden with the creative system of Qanats.

To know more about Gardens in Iran Read the following Pages: