Iran is the cradle of world history and civilization. This sentence has probably become very clichéd and repetitive but clichéd sentences are not necessarily far from reality. The fact is that Iran is a paradise for historians and historians. This fact has led to the creation of many museums in our country.

History of Museum in Iran

Museums in Iran have been established one after another since the time of Nasser al-Din Shah, but the establishment of the Museum of Ancient Iran is a turning point in the history of museums in Iran. If we take a look at the history of the museum in Iran, we can say that the institutionalization of the museum began with the beginning of the work and the establishment of the Nasser al-Din Shah Qajar Museum in Golestan Palace. Nasser al-Din Shah ordered the demolition of part of the buildings on the north side of the palace, including the site of the old Qajar Kings Museum, which housed foreign gifts, and the construction of a museum room, a library, a foyer, a pool house, and other annexes.

The so-called Museum of the People of Culture is a place that is a repository of ancient relics, original objects, relics, and worldly possessions, and of every gift and relic in which the repository and subject matter is. Scholars and informants gain the benefit and discover the secret, and are informed of the circumstances of each time, its industries, its words, and its usual customs, customs, and tribes, and it can be said that the museum is the scale of consciousness and the extent of reason and The degree of ambiguity of the guilds.

In 1916, he established the Ministry of Education and Industries of the National Museum of Iran. The museum was originally located in one of the rooms of the Dar al-Fonun school and was founded by Morteza Gholi Khan Mumtaz al-Mulk. After a while, the complex was transferred from the Academy of Arts to the Masoudiyeh building, and then, with the establishment of the Museum of Ancient Iran, its collection, including 280 items, was transferred to the newly established museum.

In 1923, a museum was established in Tehran to teach the students of the army and the history of weapons. The central core of the museum was the collection of weapons of Nasser al-Din Shah Qajar in the Homayouni Museum, and some of the weapons donated by the leaders of different countries to the Qajar kings were also on display in this museum. After the Islamic Revolution flourished, the museum was moved to the Sa’dabad complex, and its collection was enriched, especially with memorials to the sacred defense, and its name was changed to the Military Museum.

In 1930, Hossein Taherzadeh Behzad established the Old Industries Conservatory. The works of the artists of the time and the professors and students of the conservatory were part of that museum. The collection is currently housed in the Negarestan Mansion and is called the National Museum of Art, and features work by contemporary artists in the field of traditional arts. After the establishment of the National Museum of Iran, this museum was also covered. It started with people’s gifts. This museum was moved to Abyss Palace in Golestan Palace in 1968 and was covered by the General Directorate of Museums.

The establishment of the Museum of Ancient Iran is a turning point in the history of museums in Iran. Muzaffar al-Din Shah Qajar legally handed over permission for archeological excavations in ancient parts of the country to the French government for sixty years. However, the law was repealed thirty years later, and the National Assembly passed a new law that divided the artifacts discovered during excavations between the Iranian government and the excavation team. According to this law, ten objects and all the works of Zarrin and Simin became the share of the Iranian government, and the rest of the works were divided equally during the detailed expert ceremonies. Architectural pieces were an exception to this rule and remained in place.

Andre Godard, a French architect who was employed by the Iranian government, was commissioned to design the new museum. In this project, the entrance of the building was created inspired by the Sassanid high porch in Ctesiphon. The building of the Museum of Ancient Iran was one of the first buildings to be built in Iran. The museum is built with traditional building materials and time, and the total distance of the museum’s infrastructure is 2744 square meters. 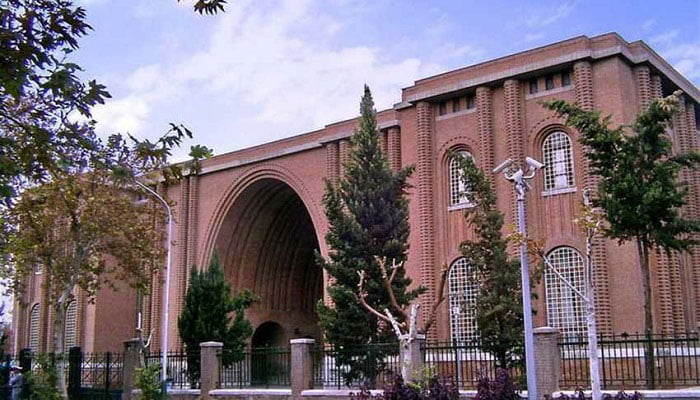 The most famous royal palace in Iran is Golestan Palace. The main reason for this fame is the use of this collection by many Iranian kings as the center of the monarchy. The Sultan’s palace dates back to the reign of Shah Abbas Safavid. Of course, there is nothing left of the main building of Golestan Palace that was used in the Safavid period and the buildings of this complex date back to the time of Karim Khan Zand. Golestan Palace became more important after the election of Tehran as the capital of Iran and was considered as the center of governance until the end of the Qajar period. Read more 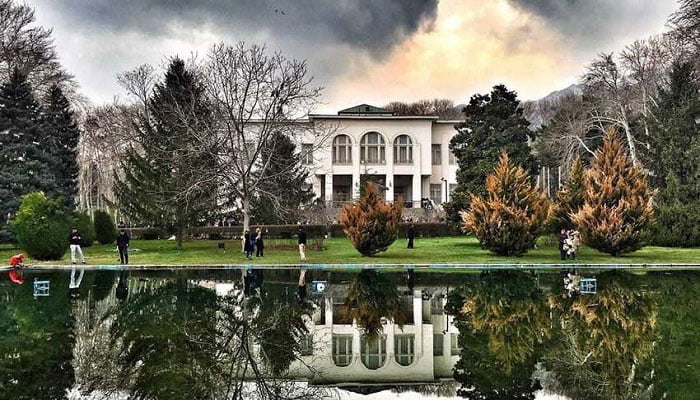 It is not possible to talk about the palace of the Golestan Museum and not mention the name of Saadabad Palace as one of the best museums in Iran. Saadabad Palace was actually the summer residence of the Qajar kings, with the establishment of the first Pahlavi, many buildings were built around it, and during the second Pahlavi period, it was officially chosen as the residence of the king. Read More