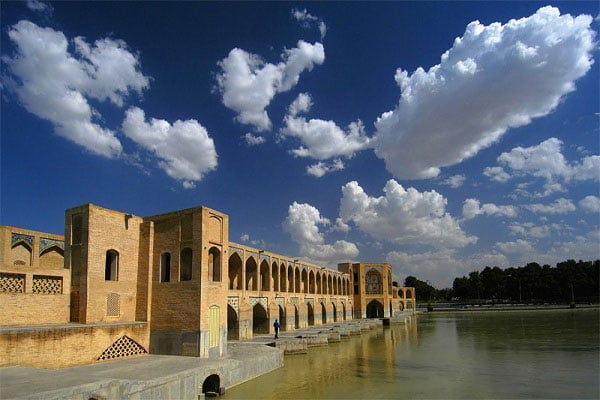 The most mysterious and beautiful Bridge, Khaju Bridge

A trip to the city of Isfahan is a journey through time, a journey into our past and our long time to get to know the glory of ancient Iran.   Iran, once considered one of the superpowers, now stands as a small country in the heart of this globe. Traveling to the beautiful city of Isfahan is a memorable journey and all these factors are working together to make most Iranians and even foreign tourists of Isfahan their destination.  One of the beauties of Isfahan besides its magnificent and beautiful buildings is the historical bridges on the river Zayandehrood which include Siosepol bridge, Khaju bridge and …

Isfahan is a city that you must stay longer to travel in order to enjoy each of the historical and tourist attractions of the city to learn the secrets of historical attractions.

Features and Secrets of Khaju bridge 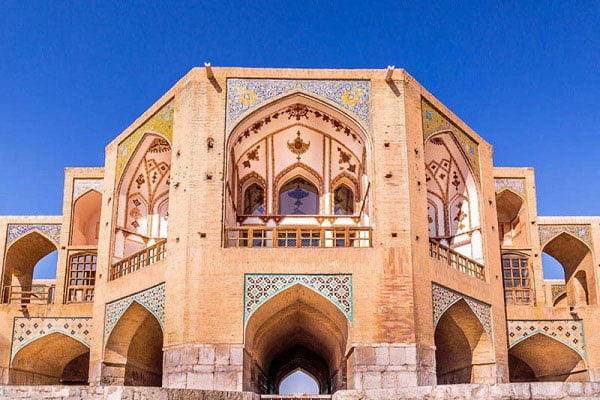 Although everyone thinks that Khaju Bridge is like other bridges in Isfahan, it must be said that this bridge has wonders and secrets in it that no one has yet discovered the reasons for this mystery. 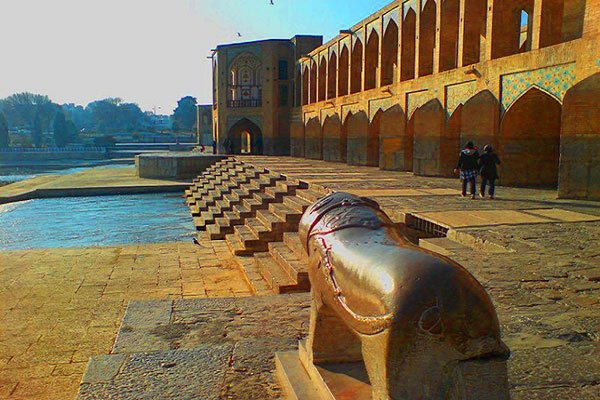 There are two stone lions on the eastern side of Khaju Bridge, apparently symbols of Bakhtiari and Isfahan security guards in the Safavid era. On either side of the bridge, there are two stone lions with interesting and exciting secrets. If you stand right in front of the lion and look north from the lion’s eyes to the south, there is a special glow in the eyes of the lion that is clearly recognizable. The body of these lions is engraved on ancient Iranian sports.

2. Candles are hidden in the arches of the Khaju bridge 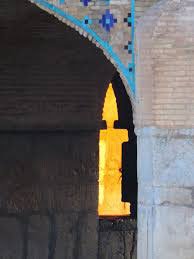 One of the most exciting parts of the Khaju Bridge is the presence of hidden candles that if you go down the bridge and stand at the edge of the bridge at a 39-degree angle, the Khaju Bridge arches look like a candle that is full of candles and the tears of the candle are clearly visible.

3. An eagle with open wings

If you look at Khaju Bridge from a distance from above and at sunset and when the shadow of the bridge falls, you will notice the eagle shadow that has its wings open for flight.

A number of precious and carved tombstones were discovered, some of which were demolished and a limited number left untouched at the Foolad Museum.

5. The base of the bridge

As it is said, in Khaju Bridge, despite the fact that the foundations of the bridge are in the rising water, it still stands firmly in place. 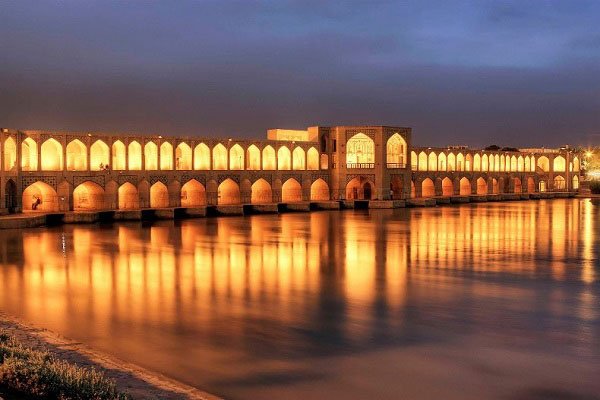 Khajou Bridge, known as one of the most valuable monuments in the city of Isfahan, dating back to the Timurid era, which was built on the beautiful Zayandehrud River by the name of Hassanbek Bridge.

Over time and up to the Safavid kingdom, most of the bridge was destroyed and the remnants of it were finally demolished in 1060 AH at the behest of King Abbas II of the former Safavid monument and replaced by the beautiful bridge that now Attracts everyone’s attention. Following the reopening of the bridge, King Abbas II was ordered to light the entire bridge and grant each of the pavilions a further oversight of the nation’s rituals. In the past, many people have made measurements of the Khaju Bridge, and most thought it was Taronieh who believed that the Khaju Bridge was 150 meters long and 14 meters wide, with 26 openings and 21 atmospheres, but documents and Today’s evidence proves that the bridge is 133 meters long and 12 meters wide. There are 51 arches or pavilions on either side of the Khaju Bridge, each of them reaches more than 2 meters in length and more than 20 meters in height. In the middle of the bridge was a mansion for the temporary residence of the kings of the Safavid and the family, known as Biglerbigi. In fact, Biglerbigi was built as a temporary room for the Shah’s relatives to hold beautiful Iranian ceremonies and celebrations. The middle part of the bridge, called Biglerbig, is one of the most magnificent and beautiful parts of the bridge, with stunning architecture. The decoration of this bridge is so beautiful that it captures the heart and stuns everyone’s eyes. All parts of the bridge are decorated with beautiful tiles that give a beautiful reflection on the water. But unfortunately, some parts of the bridge have been destroyed due to lack of attention and cultural poverty. You can also reach the bottom of the Zayandehrud River by the 11 steps created on the sides of the bridge and enjoy the precision and elegance of the bricks worked. Initially, the purpose of the bridge was to create a barrier against the water of the Zayandehrood River. To do this, it would place trees as large as the mouths of the bridge in the lower sections of the waterway and thus store the water. There was a lake behind the bridge and people were amazed at the time. Although in most cases water damages the foundation, the bridge is known as a tool for strengthening the foundations of the bridge.

Features of Bridge Design and Architecture

The principle of mirroring in bridge architecture 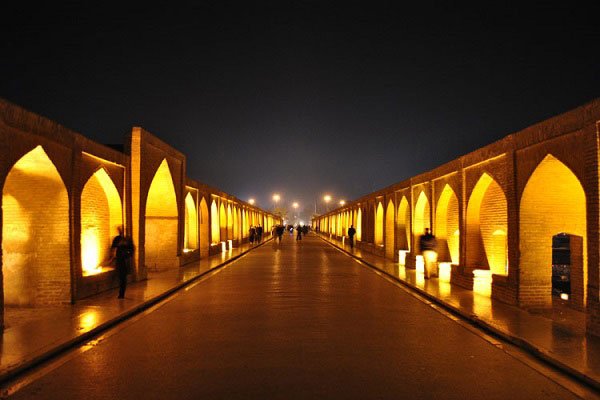 Works of art, science, religion, and philosophy and engineering in Iranian history are full of Iranian beliefs in symmetrical, coherent and orderly phenomena and beliefs. It goes without saying that the symmetry and creation of symmetrical forms by ancient artists and creators have always been intentional and conscious. In short, this bridge mirroring is one of the most amazing mirrors in Iran and in the world.

The principle of proportions in bridge architecture 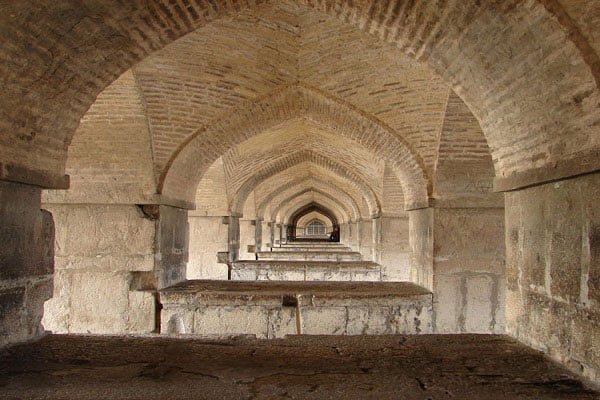 Khaju bridge has a linear spatial organization consisting of repeating a series of spaces that are approximately the same size, shape, and function. The middle spaces are proportional in length and width and play a key role, for example, in creating the space needed to provide light and visibility on both sides of the bridge.