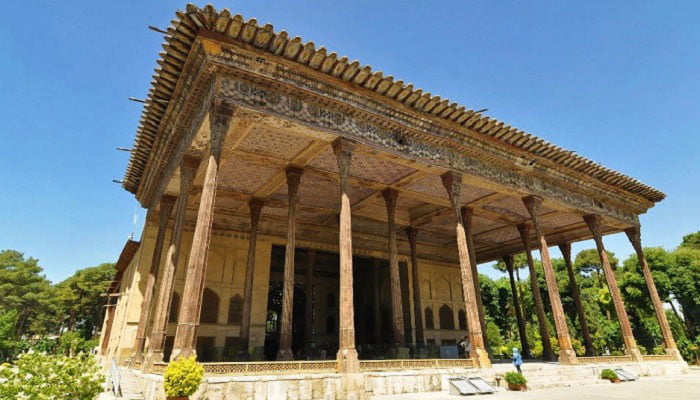 Isfahan is a city of engravings and presents a feast of design, color, art, architecture, and history to its travelers. In the midst of all this beauty and splendor, there is the Chehel sotoon Palace in Isfahan, which is famous for its unique paintings and mirrors and once hosted great people from all over the world. The building dates back to the Safavid era and the time of Shah Abbas I and Shah Abbas II and is located in the middle of a large and lush garden. The garden, which is an excellent example of Safavid royal gardens and is one of the 9 world-registered gardens of Iran in the UNESCO World Heritage List. 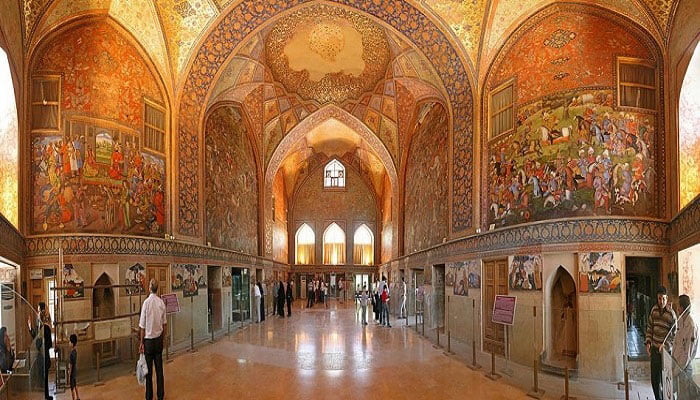 The period of Shah Abbas Kabir

After the selection of Isfahan as the capital of Iran during the Safavid period, this city grew rapidly and developed and many buildings were built in it. One of the most important of these buildings was the Chehel sotoon Garden and Palace Complex, the foundation stone of which was laid during the reign of Shah Abbas I (Shah Abbas the Great). According to various narrations, Shah Abbas I during his reign needed to have a small pavilion next to his official palace, the Palace of Ali Qapu, where he performed his court work so that he could stay away from the hustle and bustle of the monarchy and statehood. So in the middle of the World Garden (later known as the Chehel sotoon Garden), he ordered the construction of a small mansion in the shape of a pergola with rooms up to 12 meters high. Of course, over time, this mansion was used to receive ambassadors, dignitaries, Iranian and foreign politicians and to hold small celebrations. Some historians have even written in their works that Shah Abbas I celebrated Nowruz in the 23rd year of his reign in this mansion.

It is good to know about Chehel sotoon Garden, this garden had access to all the gardens around it at that time, including the gardens in the area of Chaharbagh Street and Naghsh Jahan Square, and its middle mansion, Chehel sotoon Palace, through a tunnel to all the palaces of that period in Isfahan, namely the palace, Hasht Behesht of Isfahan and Ali Qapu was connected.

Chehel sotoon Palace during the reign of Shah Abbas II 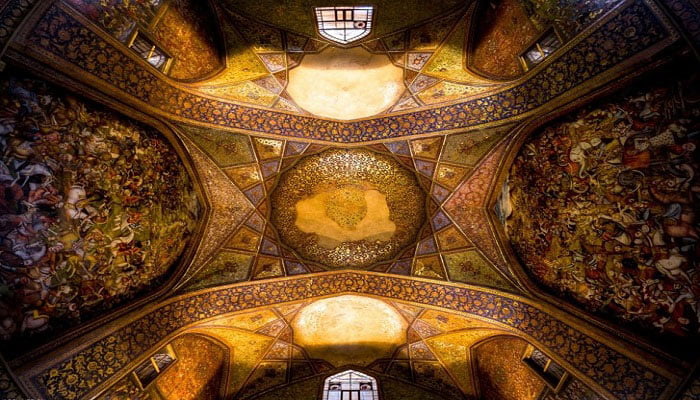 After the death of Shah Abbas I and during the coronation of Shah Abbas II, it was decided to increase the size of the Chehel sotoon mansion and change its use to a palace. Artists and architects of the period took advantage of this opportunity to showcase their pure art and taste in beautifying Chehelsotoun Palace and Garden. By order of Shah Abbas II, the inner and outer walls of Chehel sotoon Mansion were decorated with luxurious paintings and stunning mirrors, and the number of halls, rooms, and various parts was added. Among these sections, we can mention the Hall of Mirrors, the Hall of Eighteen Columns, the two large rooms north and south of the Hall of Mirrors, the porches on either side of the Kingdom Hall and the large pool in front of the Hall with all paintings, mirrors, tiling walls, and ceilings.

Thus Chehel sotoon Palace became one of the first buildings in Iran to be decorated in this way with magnificent mirrors, large murals, and wooden columns.

Why is it called Chehel sotoon (40 columns)? 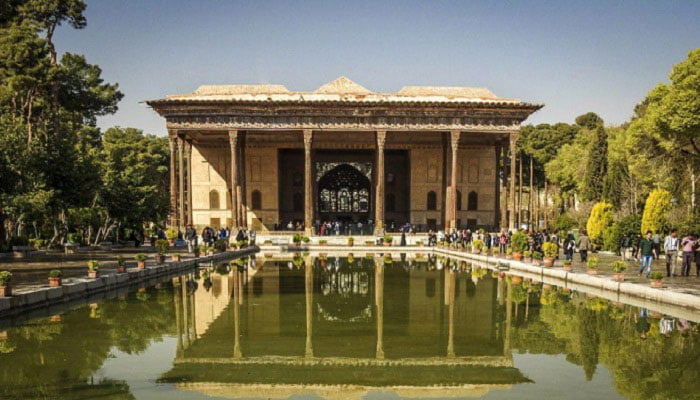 But why, despite having 20 columns, everyone calls this palace 40 columns and knows it by that name?

You have probably guessed the answer that Chehel sotoon Palace is called by this name because of the reflection of the twenty columns of the main porch in the large pool of the mansion and the sum of these two numbers together.