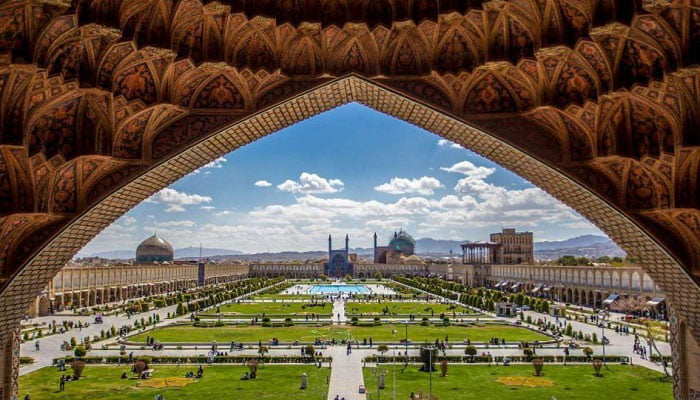 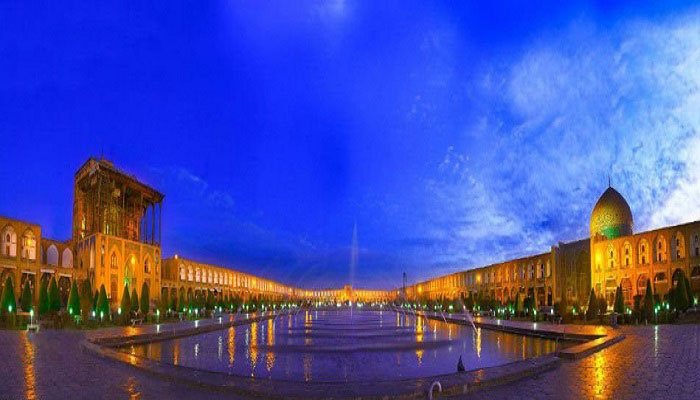 The Naqsh-e Jahan Square, officially known as Imam Square, is the central square of the city of Isfahan and is part of a historical complex. What sets this field apart from its counterparts is the rectangular shape, which differs from the circular or oval shape of many common squares. The rectangular field is 560 meters and 160 meters wide, or 430 feet long and 160 feet wide.

To understand the scope and attractiveness of the field, just know that the Naqsh E Jahan square is greater than the Moscow Red Square, which is one of the world’s largest and most famous fields. The Naqsh E Jahan Square is historically superior to the Concorde Square in Paris and is named after the Tiananmen Square in Beijing as the world’s second-largest square.  This square hosts a number of monuments and has many monuments in its embrace, which is why visiting the square will show you a few beams and you will see an important part of the Isfahan treasure.

Entering the Naqsh E Jahan Collection, you enter a different space from the city. The square has a large pond in its midst, with the beauty of its fountain dancing being special and public. Numerous crossings allow you to easily move around the square and enjoy its beauty. On both sides of the square there are religious buildings and mosques, and on the other side is a spectacular palace. Isfahan Market entrance is also the square that invites you to a different and historical world. Around the square, there are pavilions or shops offering fine craftsmanship and staring at their goods. Everything is so spectacular that you forget to step inside the buildings and want to spend more time with these beauties. Perhaps this is why there are also stone benches in the field to sit on them and to become world-class for moments immersed in the lives of the people of Isfahan. 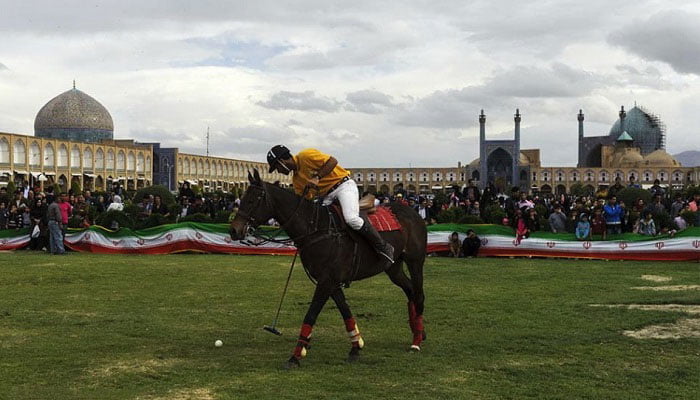 On the south and north sides of the Naqsh E Jahan Square, there are short, stone pillars that actually form the poles, and today passers-by pass by. These are reminiscent of polo in the past and are the oldest polar gate in the world. Polo is an ancient Iranian sports-game that is also known for playing kings due to its popularity among kings and elders and has reached the whole world today. In this game, horsemen must be able to push the ball into the opponent’s goal with wooden handles to win. Polo Square of Naqsh E Jahan was one of the playgrounds of the polo field, covering an area of 84000 square meters and its design has influenced the way the polished game has been executed to such an extent that the world-famous polar lands have become more or less a model.

The Safavids first chose Tabriz and then Qazvin as the capital and after some time decided to change it to Isfahan. Before the capital transfer took place at the square, there was a large garden called the Naqsh E Jahan, which housed the government buildings and the palaces of the rulers of Timurid and Aqwonlu. In the early days of his reign, King Abbas I expanded the field and there were many lit and fireworks ceremonies. Various historical sources attribute the present-day construction of the square to the reign of Shah Abbas I and the 1011 lunar year, and some suggest the possibility of using Hassan King’s Square map in Tabriz to design and build the Naqsh E Jahan. During the reign of King Abbas, the Great and his successors, the square was a playground for poles, army parades, lights, and various performances, and on other days’ people were surfing and buying and selling. In the past, big markets were set up on Friday, with many people buying and selling there to meet their needs.

During the reign of Shah Abbas II, the overcrowding of the surrounding market and the sellers made it possible to consider building another square. The square, which was very close to the old square behind the Sheikh Lotfollah Mosque, was originally called the New Square, and because the old mansion in the Garden of the Naqsh E Jahan was being demolished and used in construction as the square was built, this new field was also called the Naqsh E Jahan. 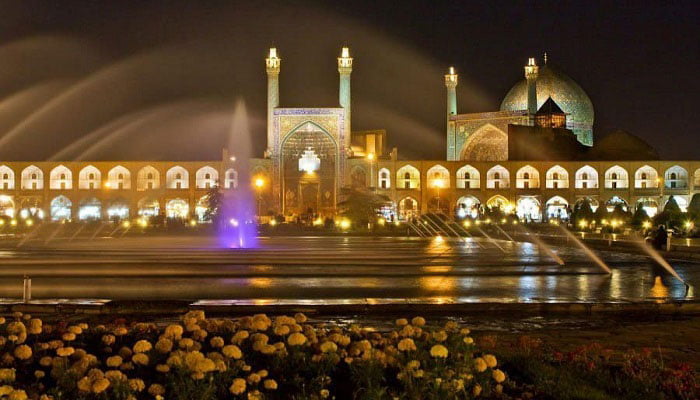 According to the French tourist Chardin, up to fifty thousand lights were lit at the time of celebration and its beauty reached its peak.