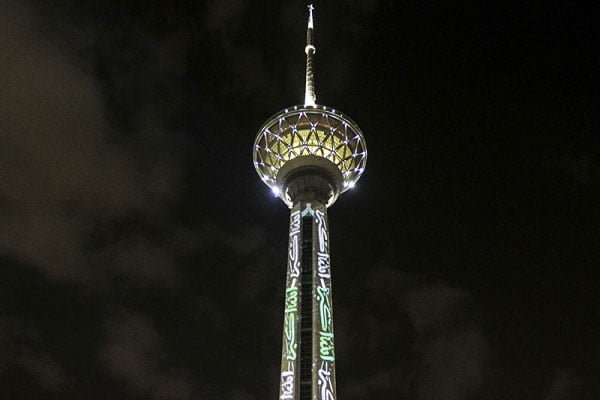 The Milad Tower has now become a symbol of Tehran alongside the Freedom Tower, and it seems as if all the authorities have been trying to make the Tower of Freedom a little less beautiful by building it, but Milad Tower is one of the tallest telecommunication towers in the world and in the list of towers anyway. The world’s tallest telecommunications rank sixth and are one of Tehran’s most beautiful sights. Most domestic and foreign tourists who want to visit Tehran’s attractions visit this beautiful tower.

The base of the tower is about 13,000 meters and is the first in all telecommunication towers in the world in terms of area of use of the vertex structure. This beautiful tower is seen almost everywhere in Tehran due to its different height and appearance.

Things to know about the Milad Tower

The Milad Tower Municipal Museum is located on the fourth floor and gives you an excellent view of the 261 meters high. If you like climbing above the Milad Tower but are a little afraid of heights, head to a closed platform that offers a spectacular view of Tehran in a completely enclosed environment.

Another interesting area on this floor is the Municipal Museum. Old Iranian manuscripts, gifts donated to the municipality in various eras, are among the attractions of the museum. The 17th-20th-century butterflies, purchased from the Georges Pompidou Museum, are also housed in the Milad Tower Municipal Museum.

A journey to the past and take a memorial photo, on the fifth floor of the Milad Tower, at a height of 271 meters above the ground! The museum contains silicone statues of Iranian celebrities made by Dr. Alireza Khaghani. The statue of people like Parvin Etesami, Sattarkhan, Kamal al-Molk, and others is on display at the museum. 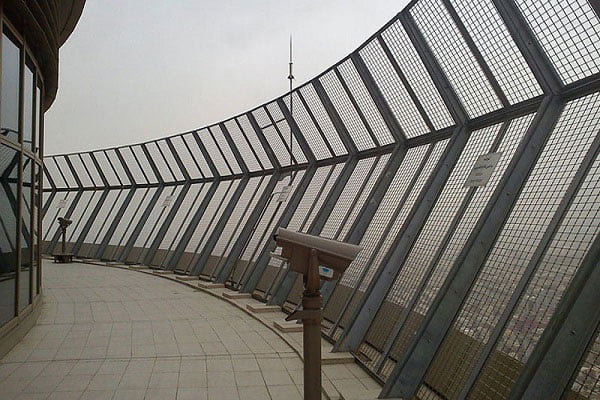 On the 7th floor, at a height of 280 meters, you can watch the city of Tehran in an open space with a 360-degree view. For a better visibility, cameras are mounted on the balcony to help you get clearer images. Smoking and food use is prohibited in this area. On this floor, replicas of the world’s tallest telecommunication towers and old Iranian desires are also visible. One of the nostalgic attractions is the city of Farang, which features pictures of ancient Tehran. 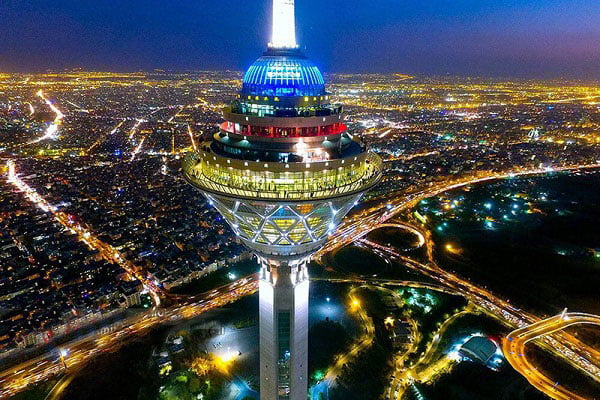 This dome is a work of art by Dr. Reza Yahya, a 13-foot-tall glass dome that has shaped the evolution of nine-thousand-year-old Iranian art and culture from the time of the Great Empires to the contemporary era in the 12th floor of the Milad Tower. The themes are based on the four main elements of wind, earth, fire, and water, as well as the concepts of life, love, peace, death, struggle, and justice. 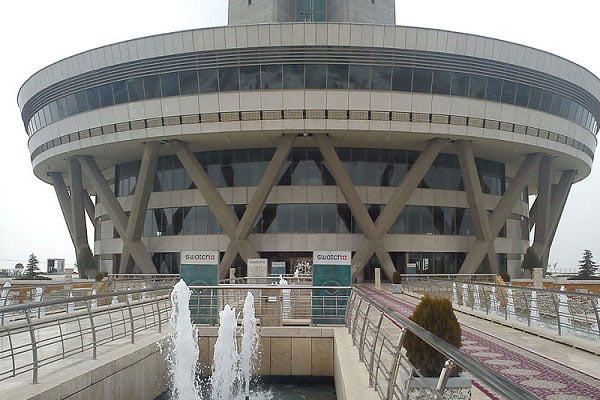 Know more about the capital: