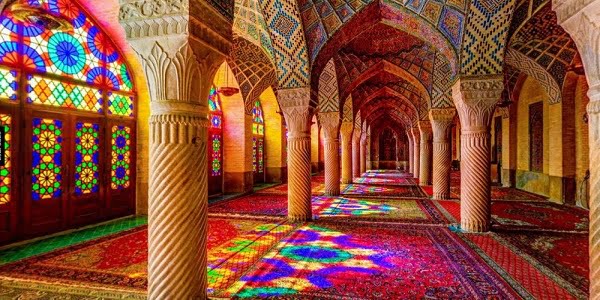 Shiraz is one of the most beautiful cities in Iran that attracts most visitors each year. One of the most tourist attractions in Shiraz is the Nasir Al-Mulk Mosque which also is known as the Pink Mosque.

This mosque is popular for the sake of colorful windows in order that sun shines through the glass and fills inside of the mosque with color and light, especially in fall and winter mornings, those polychrome lights present commendable beauty to this mosque. 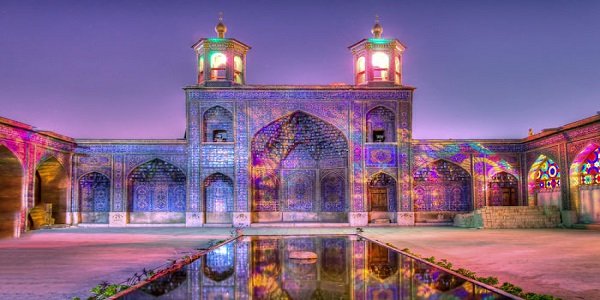 So that, light moves gently and placidly from every direction of it, and also it’s not an exaggeration to say that everyone will be dazzled and impressed by seeing it. By the way, at the top of the interior wooden door, there is a nice poem due to the architect of this mosque. 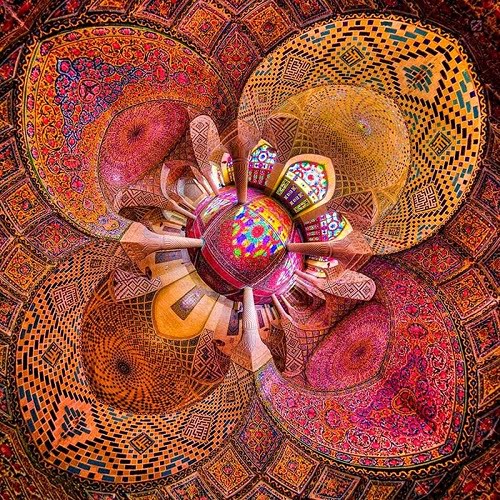 In addition, this mosque has two eastern and western bedchambers with the exceptional exquisite tiling and paintings. The ceiling of the western bedchamber is located on twelve pillars. These pillars are decorated with elegant tiles and some spiral designs on them.

Inside this bedchamber, there is a door that ended at a well, named Cow Well. The eastern bedchamber is known as the winter pray hall with six columns and the most photographed pieces of architecture on them. 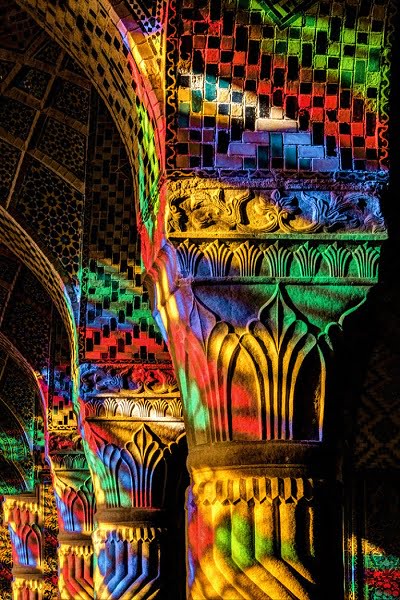 What is the Persian Garden?