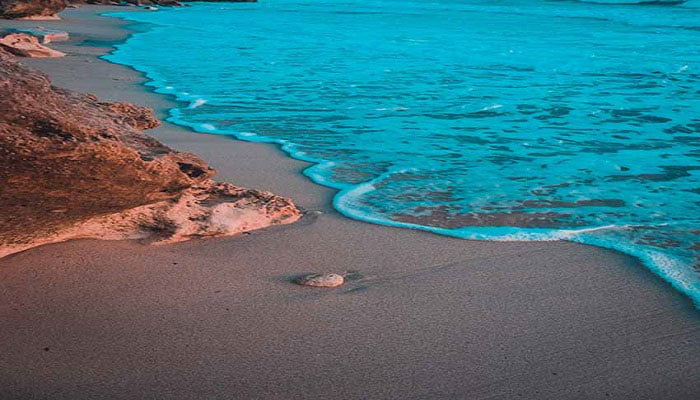 Kish: Mountains are formed due to the movement of the earth’s plates and the pressure on each other.  Following this movement about 200 million years ago, the Arabian Peninsula moved northeast, seceding from Africa and joining the Asian continent.

This movement put pressure on the Iranian plateau from the southwest and folded, which created the Zagros Mountains. The height of this mountain range from Dena Peak gradually decreased to the Persian Gulf, and finally, these folds sank into the Persian Gulf.

Kish Island and other islands in the Strait of Hormuz in the Persian Gulf are part of these folds. The islands of Hindurabi and Lavan in the northwest and southeast of Kish are other islands formed as a result of this phenomenon.

After the formation of Kish Island, the water level of the Persian Gulf rose and the island sank. The water depth was shallow and sufficient light and heat provided a suitable growth medium for the corals.

In addition, favorable environmental conditions created opportunities for other aquatic and aquatic species, oysters, and other animals to grow. Over time, a compact crust of coral calcareous crust was formed on the island. 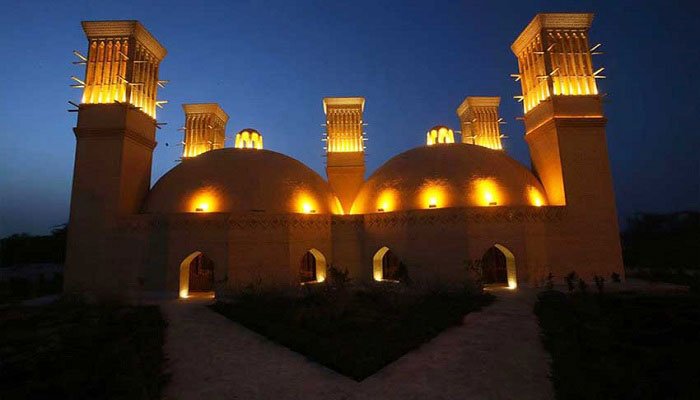 In the dialect of the native people, the deep canal where the water comes out of the aqueduct is called “Kish”. Kish is the only island in the Persian Gulf that has a freshwater aqueduct, for this reason, the island was named Kish.

Kish was very important during the reigns of the kings of Elam and Assyria. Most ancient ships came directly to the Persian Gulf from Susa and the Karun River and were transported from the Persian Gulf to the northern shores.

The islands of Hormoz, Qeshm, and Kish were located at the end of this region and were considered the main stations for the preparation and exchange of goods and commercial needs. From the time of the Achaemenids, Parthians, and Sassanids, this island was dominated by Iran.

Kish Island is first recorded in the memoirs of the Greek sailor Nearchus, 325 BC. In the Middle Ages, Kish became an important trading center dominated by the power of the Arab dynasty.

With the spread of Islam, the island was occupied by the Umayyad caliphs and this continued until 249 AH. In that year, an Iranian rebelled against the caliph and captured all the islands of the Persian Gulf, including Kish.

The Portuguese were in Kish until the Safavid era and unfortunately left no trace except destruction. Finally, after the end of the war against the Ottomans, Shah Abbas began to liberate Bahrain, Hormuz, and Kish from foreign domination.

During the Seljuk period, the island became the largest commercial center of the Persian Gulf.  Kish was at the peak of development and prosperity in the fifth to seventh centuries. In addition, Iranian and Arab historians and travelers, the remains of the historic city of Harirah, are good evidence of the importance of Kish.

Kish was one of the major centers of trade during the Ilkhanid, Timurid, and Atabak periods. Kish was famous for the quality of its pearls. When Marco Polo visited the imperial court in China, he said of the beauty of the pearls worn by one of the emperor’s wives, that they came from Kish. In the 14th century, Kish declined.

During the Pahlavi period, it was developed as a semi-private place for the Shah and his guests. With an international airport, luxury hotels, and even a large casino.

The island was bought and sold several times. In 1970, delegations of American and Iranian experts visited the island.

Due to its geographical and strategic location, Kish was considered an international center of tourism and trade. Finally, in 1992, with the establishment of the Kish Free Zone Organization, the rapid development of the island began.

The geographical location of Kish

Kish Island is located in Hormozgan province, southern Iran, in the Persian Gulf, and has an area of 90 square kilometers. Kish has a beautiful and unique nature.

Kish beaches with coral sands, and clear water with unparalleled clarity that you can see the fish at a depth of several meters. Proper vegetation, greenery, and freshness, especially in the seven months of the year, provide a beautiful landscape for the island.

Kish attracts more than one million nature and sea lovers every year. Kish Island is relatively flat. The relative height of the island is about 32 meters and the highest point in the east is about 45 meters above sea level.

So the beach leads to the sea with a relatively gentle slope. Kish Island has a coral structure. Coral islands are usually formed by the distribution of coral and other organic matter in anticlines, salt domes, and volcanic material.

The air of Kish is hot and humid and its average annual temperature reaches 26.6 degrees Celsius. The climate of this island is affected by the northwestern and southern air masses and the amount of rainfall on this island is low.

During the winter, it rains mostly. Humidity is high in summer and even reaches 100%.

The best time to travel to Kish Due to the high number of tourists on Kish Island, weather information is required for all travelers to make the most of their travel time.

Winter: Since the best time to visit Kish Island is early winter to mid-spring, the weather on Kish Island is cool and pleasant this season. However, the seawater is too cold for swimming in winter.

You can read more about Winter please Click here

Autumn: Due to the temperate climate of Kish, autumn is a good season to visit this island. You can also swim in the sea at the beginning of autumn. In autumn, Kish, in addition to having nice weather, is not too crowded.

However, this season you may encounter heavy rains and stormy seas. So, if you want to enjoy water sports such as shuttle, diving, and boating in the fall, be sure to do these activities when the sea is not stormy.

Spring: The weather in Kish is temperate until early May and the humidity does not bother you until early June. Also, at this time you can enjoy swimming and water sports. Note that during Nowruz, Kish is full of tourists, so you must book your tour services in advance.

Summer: Hot and humid summer weather is not a good season to visit Kish Island. However, travel costs are kept to a minimum this season and shopping malls offer good discounts. Also, due to the school holidays, Kish is full of travelers in summer.

What are the sights and entertainment places of Kish? 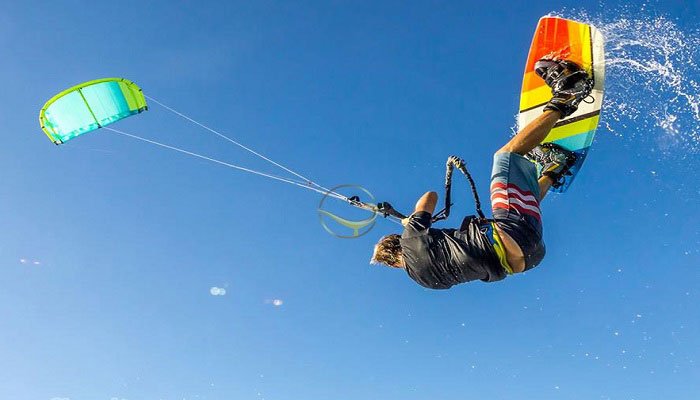 Kish Island has many tourist attractions and historical sites. For example, this underground city is Kariz, which is 570 million years old; In the ancient city of Harireh, the green tree is one of the oldest trees in Iran, the Greek ship is one of the ancient heritage of the island, and the dolphin park, the bird park, the coral reefs, the hut, and the safari.

It is recommended to go to the clubs near the sea and the large recreational pier located on the east of the island. You can also enjoy water sports such as water skiing, scuba diving, jet-skiing, and parasailing.

How to pass from Iran land border
Travel to Iran