Get acquainted with Churches in Iran

Since there are many dear Armenians in Iran, the existence of numerous Iranian churches in our country is not surprising. In these churches, as in the world churches, religious ceremonies are held, and on Christmas Day and the beginning of the New Year, Iranian churches hold Christmas celebrations.

The Church of Thaddeus, the First Armenian Church in Tehran 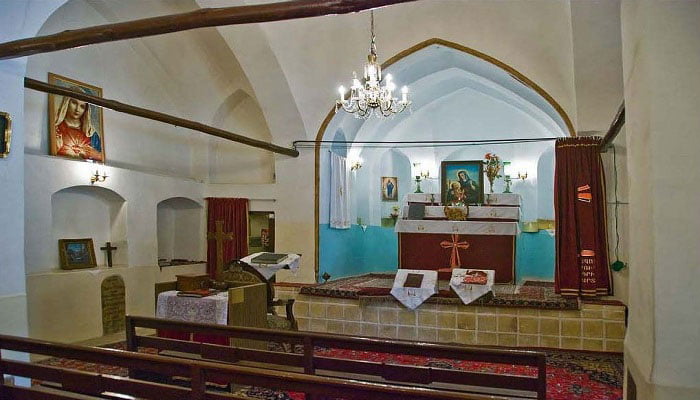 The church was founded in 1768, but the date of construction of the Thaddeus dates back to 1808. To see the Church of Thaddeus and St. Bartholomew, you have to go to Shahid Mostafa Khomeini Street and watch the oldest church in Tehran. The church was built by glassmakers who were known as Jambar. Two glassmakers came to Tehran to decorate Golestan Palace during the Qajar period, and after finishing the mirror work of Golestan Palace, they stayed in Tehran and built a church. The frescoes of this Iranian church, which include beautiful paintings of watercolors, are the work of the famous Armenian painter, Honatan. 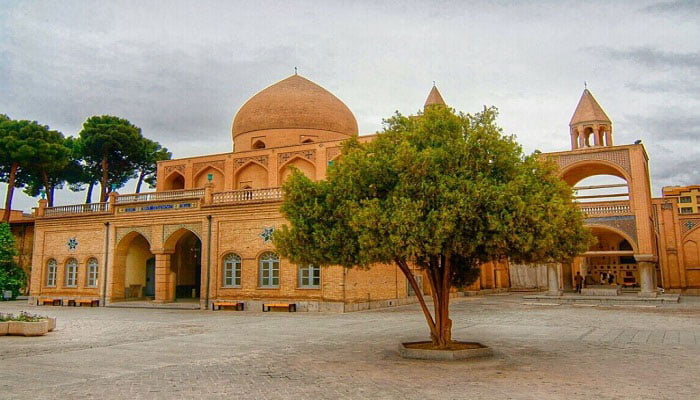 There are many churches in Isfahan and each of them is a part of Isfahan’s sights. Among these churches, Vank Cathedral is the most popular. The church is located in the beautiful neighborhood of Julfa and has a museum of Armenian art in its heart. Vank Church is not only unique in its building façade but also unique in its interior design. The beautiful dome of the church and its walls have paintings of the ascension of Christ and the Last Supper. It is safe to say that the Vank Church is one of the best Iranian churches. 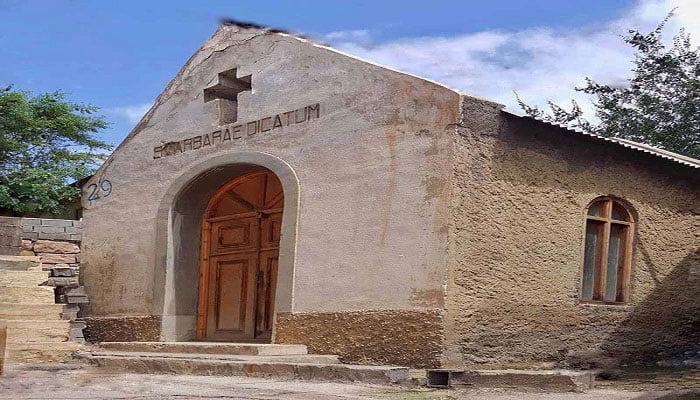 Sorkhabad Church is the smallest church in the world located in Savadkuh Mazandaran. The church was built by the Italians. The church in Sorkhabad, with a width and length of three by three meters, was built during the Pahlavi era. Italian engineers who built the Savadkuh Railway during the Pahlavi period built this small church during their time in Iran to perform their spiritual rites. The church is engraved in Italian. Unfortunately, this brick and gypsum church cannot be visited.  Although Sorkhabad Church has been registered in the list of national monuments of the country, the signboard of the church has been removed and the door has been locked, and it is not possible to visit this Iranian church until further notice. Historians described the Qare church as the first church in the world. In 43 AD, the church was built by two men named Thaddeus and Bartholomew, who entered northwestern Iran to promote Christianity. Hence it is also called the Church of St. Thaddeus. At that time, the religion of many Iranians was the religion of Zoroaster, and some others had the seal of Mehr. After inviting followers of Christ, 3,500 Iranians joined the Christian faith. Among them were the Armenian king Santrok and his daughter, who converted to Christianity. 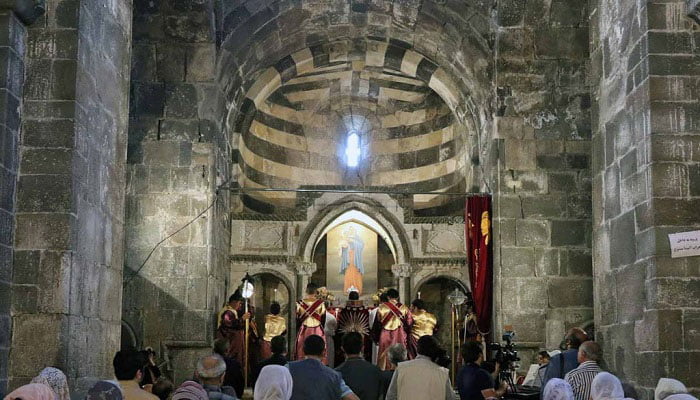 The Church of the SubGenius has a unique architecture and volume and is one of the finest examples of the visual arts. The watchtowers of this church and its magnificent castle make the Qarah Church unique not only among the churches of West Azerbaijan but also among all the Iranian churches. 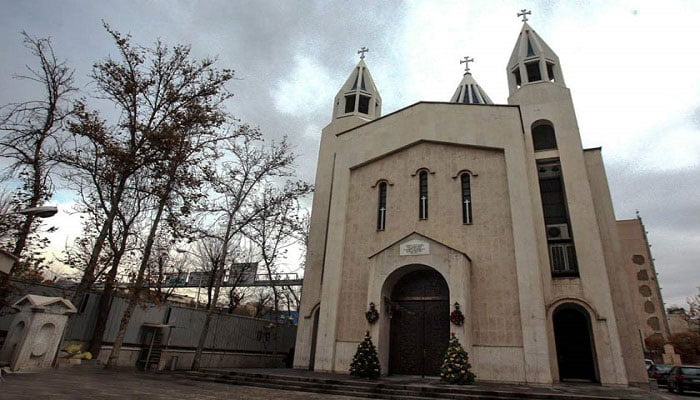 In 1349, an Armenian living in Tehran built a large church at his own expense. “Markar Sarkisian” designed this beautiful church with the help of “Aftandlians” engineer, and then the Armenians of Tehran used this big church instead of St. Mary’s Church. The church has a modern design since it was built in the contemporary century, and its walls are decorated with white marble. Sarkis Church is the largest church in Tehran and there are three pieces of marble in its grounds, which is a reminder of the Armenian genocide. The stones symbolize the resurrection of Christ, freedom, the belief in the victory of truth, which is one of the sights of this church. 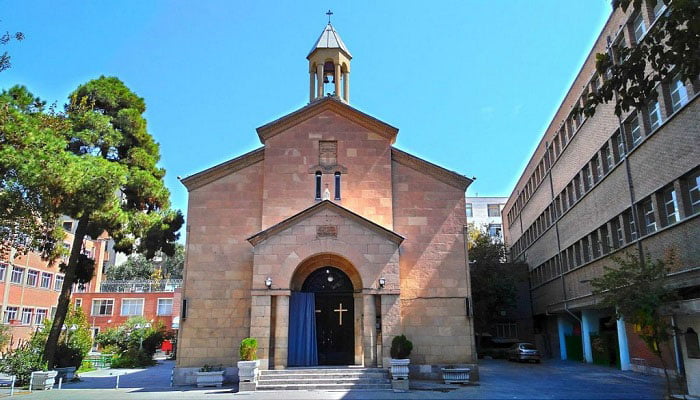 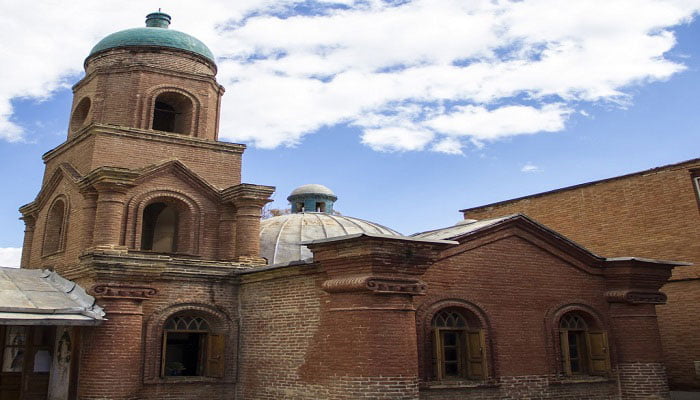 Cantor, also known as the Bell Tower, is the smallest Orthodox church. The church is located in Qazvin and was built during World War II. The Church of the Assumption belongs to the Orthodox Church. The Orthodox built the church in the form of a cross and placed the altar of the church on the east side to symbolize the rising of the sun. Inside the Cantor Church, there are two tombstones, one owned by a Russian engineer and the other by a Russian pilot. There are also two rooms inside the church, one for the priest’s room and the other for the baptism. 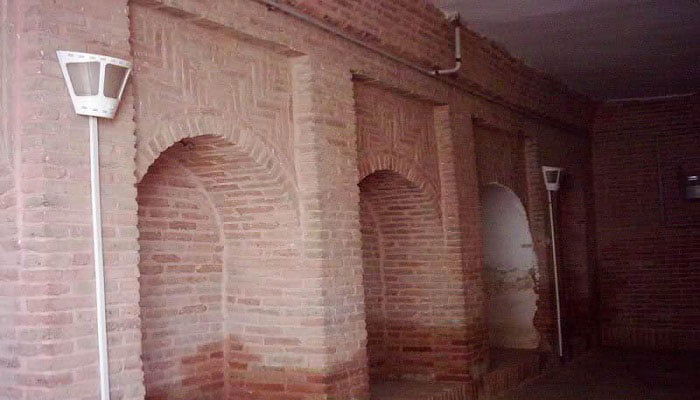 In the Christian neighborhood of Aghazaman in Sanandaj, on Namaki Street, you will see a beautiful church with Isfahani architecture, which was built during the reign of Shah Abbas II. At that time, many Armenians deported by the Ottoman government entered Iran, and some settled in Sanandaj. The church was built at the same time. When you enter the church, you will first be amazed by the beautiful waterfront on the south side of the church, and then you will be amazed at the entrance to the church, which is decorated with stones of Lotus and Toranj flowers. The special architecture used in this church has made Sanandaj Church one of the best Iranian churches.

You should also include the church in Shiraz which is about 450 years old.

Can you please kindly mention the name of your mentioned church?